Pirelli World Challenge: Is it ready for prime time? 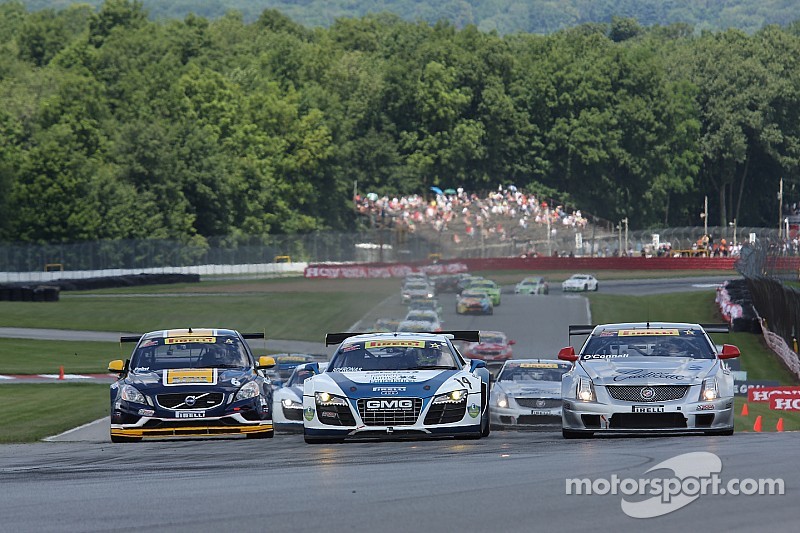 The series is the headlining act this weekend at COTA.

But is it ready to be the headlining act?

We’ll find out this weekend, when the PWC takes over Circuit of the Americas in Austin, Texas, with all seven classes running, and 116 entries taking to the 3.4-mile road course today and Sunday.

The series has long been regarded as a solid opening act for other headline series like IndyCar, as it will in St. Petersburg and Long Beach. But one of the problems the PWC has in pairing up with other series is that there is often no room, literally – on the track, in the schedule, and often in the pits – for all seven classes. In fact, after this weekend, it won’t be until mid-May, when the series visits Canada, that the entire band is back together again.

So this weekend, PWC is the only show in town, at a track with lots of room, so everybody’s racing. Can the series draw a crowd to a major, destination-quality track without help from another series? That’s a question a lot of people in motorsports will be interested to learn.

Either way, the Nissan Grand Prix of Texas Brought To You By Motul should offer up plenty of close racing – hopefully, there will be a healthy crowd to see it.

The seven classes are GT, GT Cup, GTA, GTS, TC, TCA and TCB. GT cars have in the neighborhood of 500 horsepower; TCB cars have about 125. The rest are in-between.

The top class is GT, which is benefiting from the manufacturer-driven popularity of FIA GT3-spec cars. This weekend is the debut of the new GT Cup division, a spec class featuring Porsche 911 GT3 Cup cars. It will run as part of the overall GT class races, with a separate victory circle presentation alongside that of the GT/GTA class winners.

In GT, veteran Johnny O’Connell will start his fight for his fourth title in a row at a track where he won the Round 1 race to open up the 2013 season. His car is different, though – the new GT3-spec Cadillac ATS-V.R., the same car teammate Andy Pilgrim will be driving. They will have strong competition from Mike Skeen, who finished second last year to O’Connell in CRP Racing’s Audi R8. Bentley Team Dyson Racing returns with Butch Leitzinger and Chris Dyson in a pair of Bentley Continental GT3s. EFFORT Racing is back with Ryan Dalziel in a Porsche 911 GT3R.

K-PAX Racing is back with two McLaren 650S GT3s with Kevin Estre and Robert Thorne; R. Ferri Motorsport returns with a Ferrari 458 GT3 Italia, driven by Olivier Beretta of Monte Carlo, and Peter Cunningham and Ryan Eversly will drive two RealTime Racing Acura TLX-GTs. AE Racing, will have a pair of Nissan GT-R GT3 cars, one of which will be driven by James Davison. Beretta, by the way, was fastest in Friday GT practice.

And that’s just one class. None of the seven classes are without solid competition, and some are startlingly deep with class drivers and teams.

Races are 50 minutes (GT/GTA/GT Cup and GTS), and 40 minutes (TC/TCA/TCB). GT classes get two races in, TC classes will get three over Saturday and Sunday. The races will air March 14 and 18 on the CBS Sports Network. The races are live on world-challenge.com.