Nathan Herne is expected to be given the formal medical clearance to race in this weekend's S5000 round at Sandown on Saturday morning.

The teenager was involved in a spectacular start-line crash at Phillip Island last Sunday, his car launched into the air after he clipped the back of pole-sitter Thomas Randle.

The heavy landing prompted concerns he could have injured his back, Herne undergoing initial treatment at the circuit before being transferred to hospital.

He was later cleared of any serious injury.

However he's technically yet to be given the green light to get back in the cockpit for this weekend's Sandown event.

The crash was significant enough that his licence was basically suspended and requires a medical sign-off before being revalidated.

As it stands Herne is awaiting the final paperwork for the clearance process to be complete, with his Garry Rogers Motorsport team expecting it to come through before the first practice session at 10am local time tomorrow.

S5000 will make its second competitive appearance at Sandown this weekend, with practice and qualifying tomorrow and a packed day including two heats and a feature race on Sunday.

The winner of the weekend will take home the John Bowe Trophy, named after the two-time Australian Drivers' Champion. 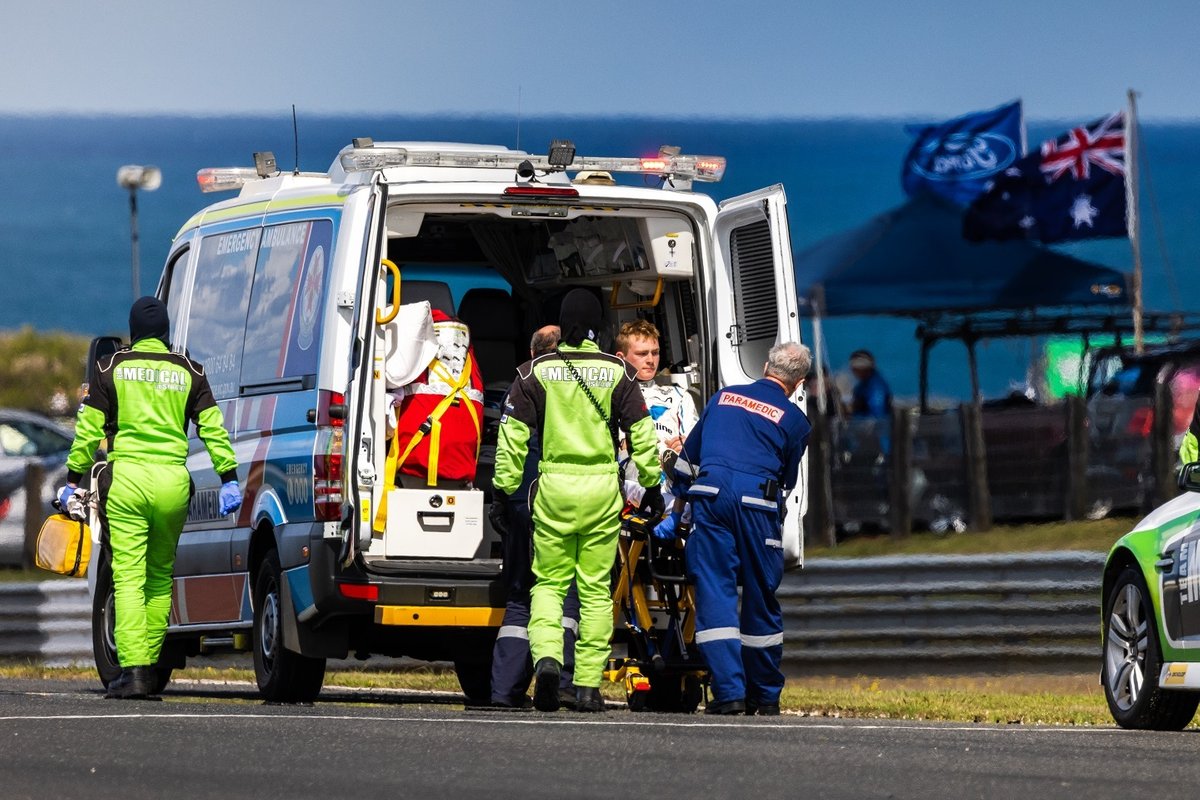 Nathan Herne is taken to hospital in an ambulance