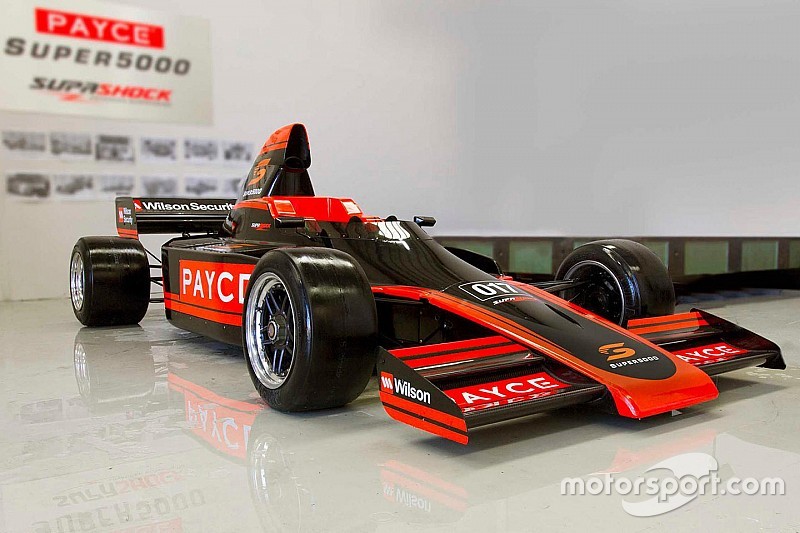 Australia’s bitter Formula 5000 feud has come to an end, with Super5000 and Formula Thunder 5000 joining forces ahead of a planned joint series for 2018.

Supercars caused controversy early last month when it formally announced plans for a retro-themed open-wheeler support category, inspired by the Formula 5000 category from the 1970s.

The idea was very similar to the independent Formula Thunder 5000 project launched by former racer and publisher Chris Lambden back in 2016, the prospect of two separate V8-powered open-wheeler categories trying to get off the ground at effectively the same time leading to confusion and uncertainty.

Lambden was quick to slam Supercars for what he called a ‘copycat’ move, even before the Super5000 category had been formally confirmed.

However, it has now been announced that the two categories will work together on a single Formula 5000-based series, set to be launched next season.

Former Australian Touring Car Champion John Bowe was a crucial part of the healing process, having put Lambden and Wilson Security boss John McMellan – a key backer of the Super5000 programme – in touch.

“This is the significant step forward which will allow the concept of a modern 5000-style race car and series to actually happen, and happen well, which is what we both started out to do,” said Lambden.

“I am more than pleased with the way we have been able to reach this solution, which I happily endorse and support.

“I’d like to thank John Bowe who, knowing all the parties involved, organised an initial meeting with John McMellan. It was from this meeting that John McMellan basically said ‘let’s just get this sorted and find the solution to work together’.

“He then coordinated bringing all the relevant parties together and from there it all came together very quickly and easily.

“The one thing that became apparent quite soon was that we all are primarily what I’d call ‘motorsport people’, and our motivation for getting into all this was the same. It didn’t take that long to agree a sensible way forward.

“I’d really like to acknowledge and thank everyone who has supported our efforts to date and reassure them that this outcome will result in a ‘5000-style’ race car and series that will be well worth coming to see.”

The two projects differ technically in that FT5000 us based on a Swift chassis and powered by a crate V8 engine, while the Super5000 is a custom-built chassis paired to Supercars-spec V8 engine.

It's not confirmed which chassis/engine combination will form the basis for the joint series, with the announcement only saying that the idea is to ’incorporate beneficial technical elements from the FT5000 and S5000 to create a single ‘5000-style’ car, ensuring rapid progress towards the spectacular V8 open-wheeler category that both set out to achieve’.