Zack Skolnick is DRIVEN in more ways than one 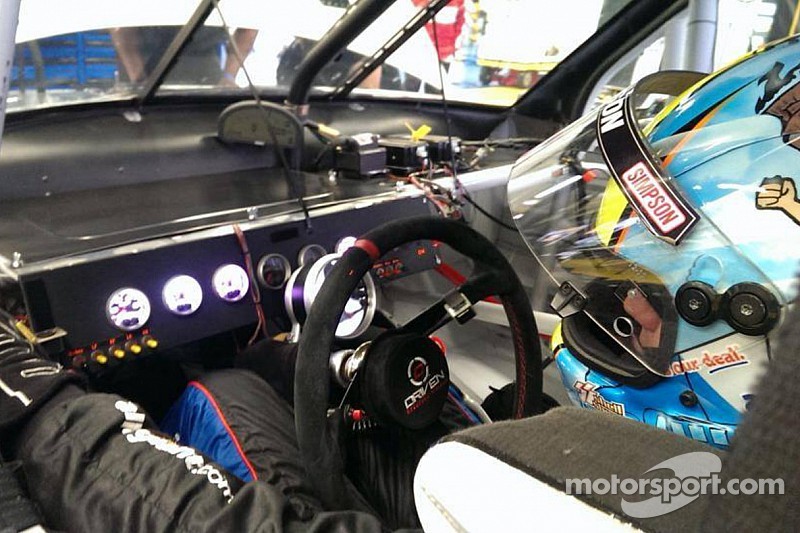 Zack Skolnick has paved his path in racing in a very unique way, via a steering wheel.

Recently, Dale Earnhardt Jr. suffered a steering wheel failure. He was able to replace the wheel, which broke internally, with a MOMO wheel, which have an impeccable record. As some of the best NASCAR has to offer opt for the proven MOMO's, there's another brand of wheel out there that is fairly young, much like the racers that use them.

A variety of drivers from young guns like Darrell Wallace Jr. to veteran champions such as Matt Crafton are all driven, which goes with the name on their steering wheel. NASCAR approved Driven Steering Wheels have only been around for 15 months, but are already widely used in the stock car garage, especially among the K&N and ARCA teams.

Who is Zack Skolnick?

The real reason I bring up Driven is because of the young man behind them. Zack Skolnick was only 22 years old when he came up with the concept for Driven Steering Wheels, and did so while he continued his racing career on the side. His effort was to build a wheel for racers, by racers, that was good enough for the top racers, but at the same time, affordable enough for the up-and-comers. It's very popular among many local tracks.

Zack started racing karts when he was seven before moving up into Formula Ford and touring cars. He's also competed in SCCA-sanctioned races and the Continental Tire Series, under Grand-AM. Zack holds a victory in the Legends cars road course world finals at Sonoma Raceway.

Along with being an up-and-coming racer, he's also an entrepreneur of sorts. "Our stock car wheel is approved by the NASCAR  R&D center as a competition approved part," said the racer. "The only other steering wheel manufactures to have that are Momo, Sparco, and OMP. DRIVEN is not only a product we offer but a lifestyle to live by." Spoken like a true businessman!

In the world we live in today, pay-drivers have a stranglehold on most major forms of motorsport. Guys with raw talent, but not bags of cash are left to pursue sponsors to the ends of the Earth, sometimes to no avail. Zack took a different approach. Why seek a sponsor when you can create your own?

His idea was to create a wheel that was durable as the industry leaders, but more affordable for drivers in lower tier series that don't have enough cash to dish out for the top brands, retailing at $265.

His wheels have even broken out of the stock car world and are used by some IMSA, SCCA, rallycross, and other road racing competitors. He also made it so that the wheels are customizable, which can be done HERE.

In the cuthroat world of auto racing where sponsors are hard to come by, Zack Skolnick took a different route and so far, it's working out.

Harvickgate? Kevin doesn't like our story about what he said about Danica Patrick...