David Wilson admits Toyota on their "back foot" despite wins 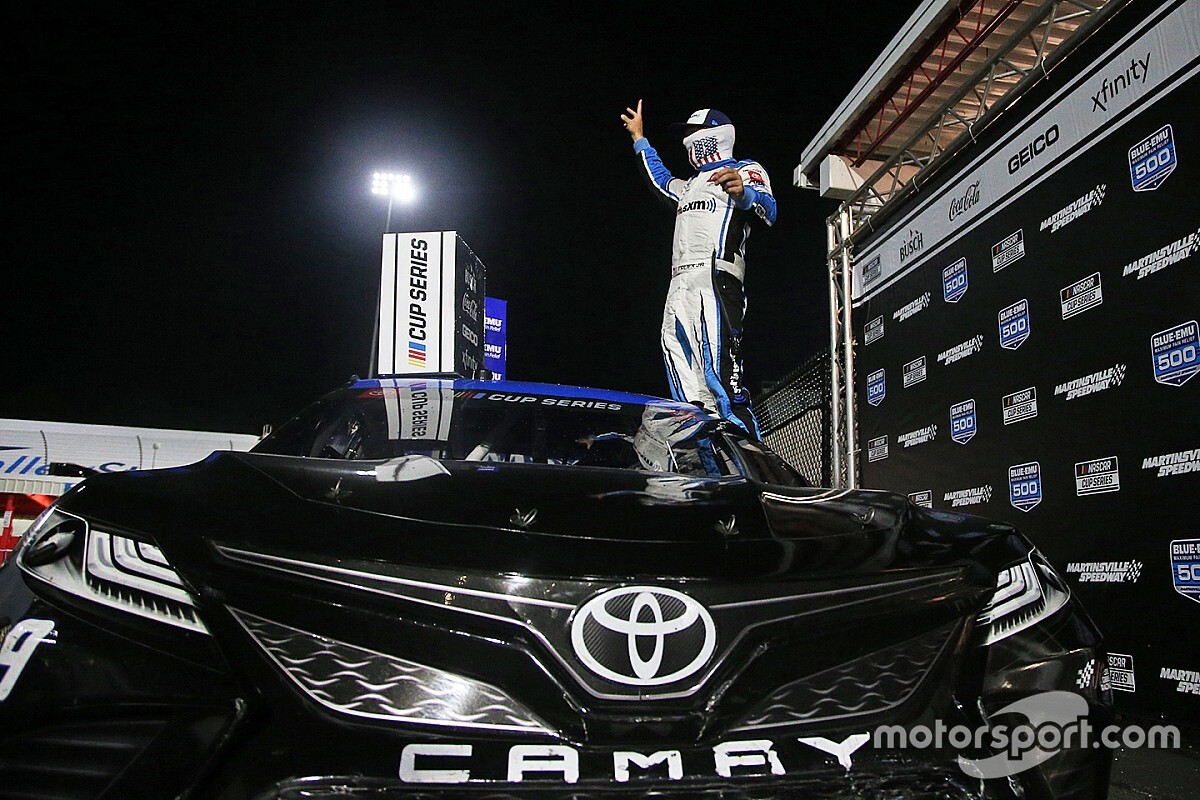 "For me to suggest that we're at 100% or we're as good as we normally are is patently false," Wilson said candidly.

Toyota has won four of the first 12 races, but still seems a bit behind the Chevrolet teams on a week-to-week basis.

"What I think our competition is doing this year is very similar to what we were doing last year and what we are still doing this year," he explained. "So it's not that we've fallen behind as much as they've caught up. And there's no question that the new Chevrolet Camaro and the nose that's on that car has elevated their program. The fact that they're only sitting on two wins right now is shocking to me. I always look at not necessarily just the wins, but the potential. What is the true potential of your race car?

"You could argue that we're punching above our weight right now and they're not running at their full potential," he concluded.

Wilson believes Toyota is nearly on par with the Ford camp however, but said the Team Penske cars and the No. 4 Stewart-Haas Racing team have been executing better.

Toyota is looking for their third consecutive win this weekend at Talladega Superspeedway, but Wilson admits they are still on their "back foot a little bit." However, he was encouraged by the performance of the Toyota teams at Atlanta and Homestead, while he called the manufacturer's Martinsville showing an 'embarrassment' despite Martin Truex Jr.'s victory.

"In many respects, I feel much better about our loss at Atlanta than our win in Martinsville. As counterintuitive as that sounds, and the reason I say that is because Atlanta we had three cars in the top-five, we led laps and we had a couple of cars that were good enough to win that race. In Martinsville, we embarrassed ourselves. This is one of the most embarrassing races I can remember for the Toyota family. We weren't ready for the new tire Goodyear brought to the race track and there are circumstances behind it, but I'm not even going to make excuses. We weren't prepared for it. Our engine drivability was terrible in pit lane, on restarts and we almost really could have had our worst finish since 2007 had it not been for Martin hanging on long enough to get the car balanced correctly for the tires and putting himself in position ultimately to win the race.

"I was encouraged with what we saw at Homestead. Where we need to be better is our consistency in how we unload from the haulers across the camp. We've had too many guys that are just dog crap for the first stage and use that time to try and catch up and that's unacceptable. We should be better with the tools we have. With the experience we have, we should be better. There's definitely room for improvement. Having said all that, within our camp and within the JGR camp we are still positive because we know our potential is there to lead laps and win races. If we execute consistently on pit lane, if we do a better job with our sim, we will be in a position to win more races."

Both Truex and Denny Hamlin have visited Victory Lane this year, but reigning series champion Kyle Busch has not. Wilson has a theory for why that might be.

"Joe (Gibbs) and I talked after Homestead and talked about Kyle and we're scratching our head a little bit. You know, I'll ad that I think a factor with Kyle and with everybody to varying degrees the fact that we're not practicing. Now that's not an excuse because none of us are practicing, so a lot of this is a measure of how well the teams, the OEMs can prepare and be ready to go racing. But if you know Kyle like we've come to know him, he's not a driver that just straps into the car and goes."

Wilson recounted the story of when Busch first visited the TRD Costa Mesa headquarters, and how he spent hours walking through the facility to understand as much as he could about the operation. He is very engaged with setting up the race car and has lost that with all practice excluded for these abbreviated race weekends. "He co-crew chiefs so to speak and that's gone. (Now) his feedback starts when the green flag stops and we feel that could be part of it."

Austin Dillon "throwing caution to the wind" at Talladega