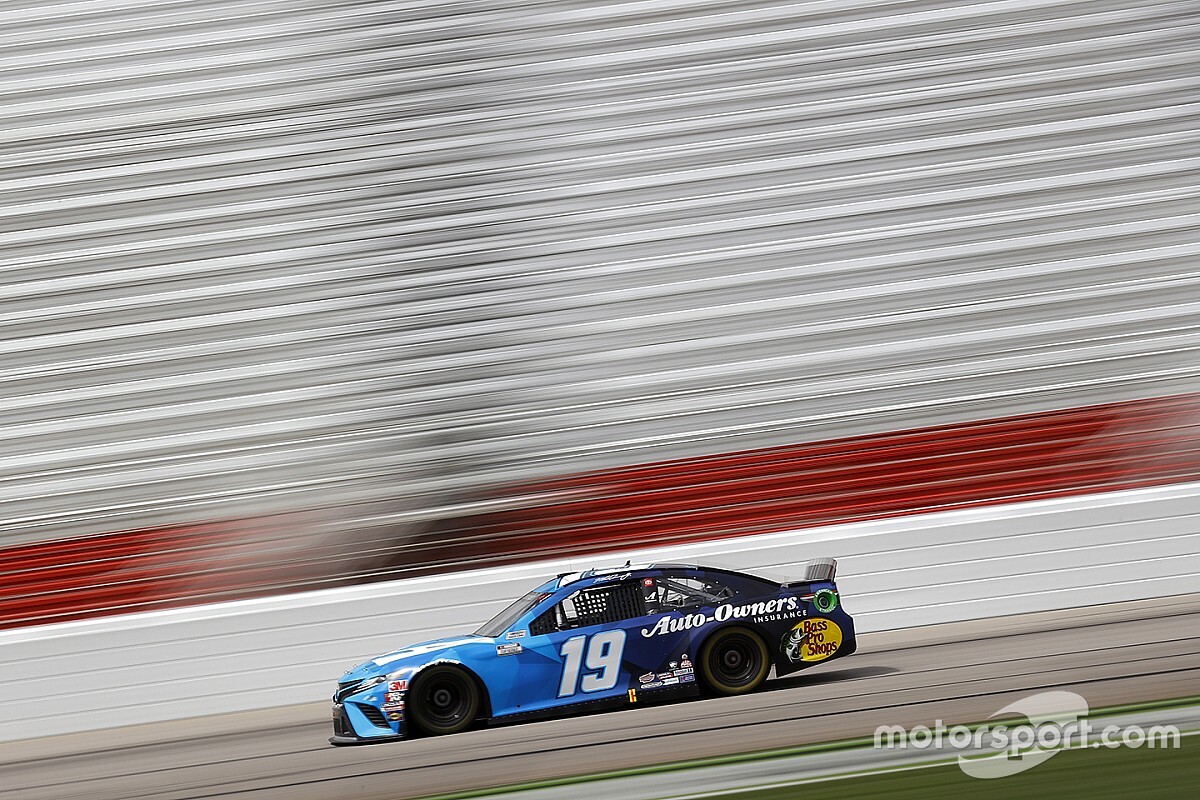 Martin Truex Jr. on Sunday finally got a taste of the dominant runs he has been known for the past several seasons.

Truex and his No. 19 Joe Gibbs Racing Toyota team have shown potential this season but had yet been unable to remain in contention for a win to the end of a race.

Sunday at Atlanta Motor Speedway, Truex showed dominant form early, winning the first two stages – his first stage victories of the 2020 season. Since the advent of stage racing in the 2017 season, Truex has earned more stage victories than any other driver in the NASCAR Cup Series.

Truex ended up losing the lead during pit stops between Stages 2 and 3 and was never able to get to race winner Kevin Harvick in the final stage, which went caution-free.

“We were really strong the first two stages, and I was really happy with the car, and we just got too tight there the start of Stage 3 and made some adjustments on the pit stop. It just wasn’t enough,” Truex said.

“I don’t know if the track changed or something changed in our car or what, but we’ll go back and figure it out, but way too tight the last two runs to be able to challenge, and ultimately it cost us third I guess the last 25, 30 laps of the race.

“I just tried to drive through the push and ended up just pretty much smoking the front tires off it, and I ended up losing second, so that was unfortunate. I figured with 20 or so to go I had to lay it all out on the line and see if I could do anything, and unfortunately come up short.”

Truex’s third-place finish was his first top-five of the season and just the second race this season in which he has led more than 60 laps.

He said he has felt good about the competitiveness of his team this year but said they have had difficulty “putting it all together.”

“I've been happy with our cars. I felt like we had a shot at winning the Southern 500, the Coke 600, a chance to win here,” he said. “We’ve been knocking on the door, we’ve just been – it just feels like it hasn’t been our season yet, but we’re right there.

“The guys are doing a great job, and our cars are fast, and we’ve got to put it all together one of these days coming soon.”

The series next competes Wednesday night at Martinsville (Va) Speedway, where Truex won last fall – his first career victory at the track.

“Martinsville has been a good track to us the past few seasons and being the defending winner there last time feels great, but it doesn’t guarantee anything,” he said.

“Different rules package, lower downforce this time around, and we’ll have to hopefully go there and have something that will work good off the trailer because again, no practice.”

Bubba Wallace on Confederate flags: "Get them out of here"