The Chase in retrospect 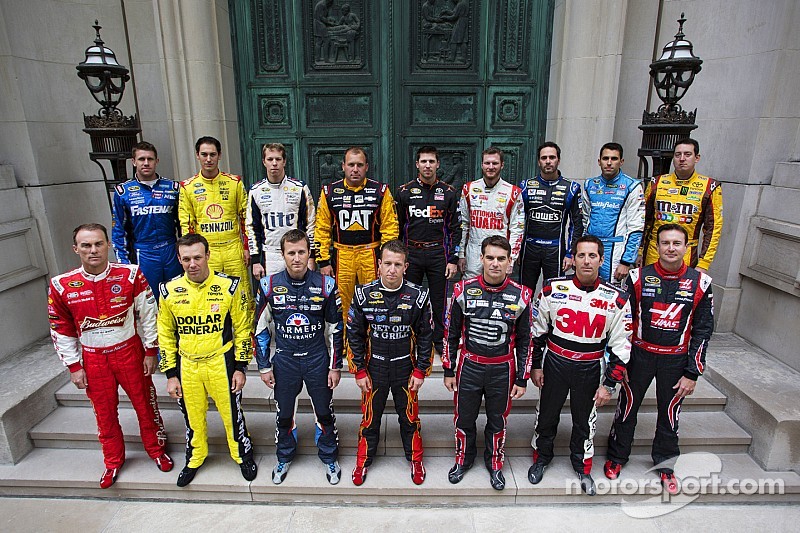 If you are a fan of the new Chase format, then I'll tell you right now that you won't enjoy this article.

It feels strange that this year is the tenth NASCAR Chase for the Championship. The first playoff format of its kind in major motor racing is currently celebrating a decade in the business, and with the first round kicking things off with huge bluster and Chase Nation hype, perhaps now is a good time to look back at the Chase and analyze the impact it has had.

A short history lesson: the Chase was introduced in 2004, off the back of a 2003 season which saw Matt Kenseth win the Winston Cup title with only one race victory. The initial format was relatively simple; after 26 races, the top 10 in points go into a points reset. In 2007 came some changes. Top-10 became top-12, and drivers got a ten-point bonus for every race win in the regular season. Then came two 'wildcard' slots in 2011, where 11th and 12th would be the two drivers between 11th and 20th in points with the most wins.

Still with me? Well disregard all that, because this year points basically became irrelevant - a race win guaranteed you qualification into the Chase no matter what. And now we're in the Chase, it's elimination time, whittling down to just four left at Homestead, and with four points resets along the way, leaving Homestead as a winner-take-all event. Confused? Don't adjust your set, you are still on a motorsport website, not MLB.

The response from the fans

One thing really fascinated me during my preparation for this article. I spoke to many fans of NASCAR, and asked them a simple question: do you think the Chase has benefitted NASCAR in the long run? Less than a handful of people said 'yes' definitively. Many were outwardly negative. The more positive answers were most favorable towards the initial format of merely resetting the top 10 in points, and the resulting title fights that gave us - Kurt Busch barely defeating Jimmie Johnson in 2004, and Tony Stewart and Carl Edwards tying at season's end. But for many, the Chase has come to represent what is wrong with NASCAR in the 21st century. A desperation to pull in fickle, fair-weather fans of other sports. A desire to appear cool, trendy, and in tune with the times ... And a blatant disregard for tradition and a core part of championship motor racing.

Perhaps a reason why it feels strange to be celebrating ten years of the Chase is that it's hard to believe something viewed as a throwaway gimmick initially is still with us, and only getting more and more ridiculous. This year's format is the most blatant attempt yet by the powers that be to create more 'Game Seven Moments,' remaining blissfully ignorant that such moments are created naturally by one vs. one stick-and-ball sports which suit a playoff format more naturally.

The 2014 Chase risked descending into farce before it had begun. It seems ludicrous to me how Kasey Kahne can go from average, struggling season to championship contender off the back of a single race win - also disregarding how the man third in points can somehow be less of a contender than the drivers 21st through 23rd in points. Missed races? As low as 30th in points? Doesn't matter.

At least in stick and ball sports, you generally have to win more than a single match to qualify for the post-season. Not in NASCAR's logic. Either the likes of Aric Almirola, AJ Allmendinger, Kurt Busch will fall out and therefore be irrelevant in the title fight anyway, or will luck their way into a shot at glory ahead of teams who have run strongly all season. So what's the point?

What's tragic is NASCAR's constant boasts about rewarding wins, they somehow fail to realize that no race driver is ever happy with second anyway - see Kyle Larson at Chicagoland, scrapping for the win even though he wasn't in the Chase party. Simply awarding more points for the race winner (something the latest points system does anyway) would solve this problem without the need to turn the championship battle into a reality-TV gimmick-fest. Don't be surprised to see fan votes turn up in future iterations of the Chase. And last year's scandal at Richmond? I fear that may be the tip of an iceberg.

You can have a Chase, but do it right

At this point, I'm assuming some of you will be accusing me of being some old fart traditionalist stuck in the past. But if the Chase has been a radical step forward for motor racing, how many other series have followed its lead? In 2009, the British Superbike Championship adopted a Chase-esque system, with six riders having points reset with three race weekends left. Crucially, the rest of the field remains relevant by still having a trophy to compete for, rather than just becoming a bunch of potentially championship-ending roadblocks. And in addition to bonus points for race wins, the top six riders also receive bonus points for top-3 finishes - still rewarding consistency as well as race wins. The result is a system that has generally been well-received by fans.

Other divisions are doing just fine without it

Elsewhere, nothing much has changed. Plans in Formula One to award double-points at the final GP of this year have gone down like a cup of cold medicine - ironic given the almighty inter-team scrap currently going on, with potential for Daniel Ricciardo to be an outside contender. Despite Jamie Whincup's recent domination, the V8 Supercars consistently produces great championship racing, as does both the British Touring Cars and Indycar Series - recently voted the most popular series in the world by Motorsport.com readers. WEC? Super GT? Blancpain Endurance? TUDOR? All producing great racing and all refusing to denigrate themselves to the level of third-rate reality TV show.

A solution to a problem that never existed

Anyone can manufacture a situation where excitement is guaranteed, as NASCAR has indeed done. And yes, Homestead will likely be a thrilling showdown. But was it really needed? I and many others would argue not. The Chase overall certainly hasn't risen the sport to the new heights it promised - quite the opposite, if the empty seats are anything to go by. I would go as far as to say it has alienated more fans away than it has attracted new ones. And the saddest part is, the Chase has always felt like the solution to a problem which never existed.

Notice how at Chicagoland, the excitement came from a great battle for the win in the closing laps, not from the fact three Chasers were involved? Ultimately, fans just want to see exciting racing week in, week out, and a deserving winner at the end of the season. This is the main reason I continue to watch. It's also the main reason I was so excited by the recent Michigan test. As other series around the world have proven, building a competitive, cost-effective and exciting racing series is what puts teams in the garage and fans in the stands.

This is what NASCAR should strive to achieve, not crudely copying features from other sports in a dodgy attempt to be down with the kids.