To join Penske 'win club,' Blaney must "clean some stuff up" 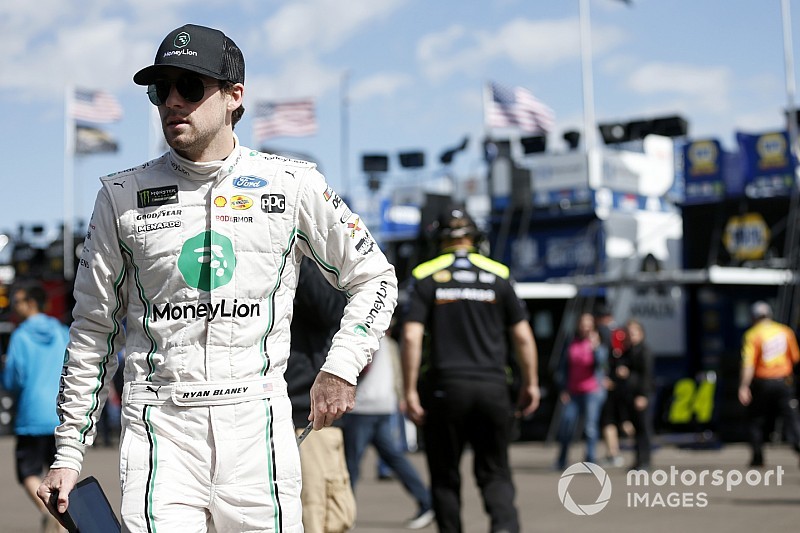 Like his teammates, Ryan Blaney has enjoyed Team Penske’s early-season success but he’s ready to share in the results as well.

Through the Monster Energy NASCAR Cup Series’ first three races, Blaney has shown to be just as fast as his teammates Brad Keselowski and Joey Logano.

Keselowski and Logano, however, have already found their way to Victory Lane while Blaney and his No. 12 Ford team have been beset by various circumstances that have taken him out of contention for wins.

Blaney wrecked out of the season-opening Daytona 500, led 41 laps at Atlanta but ran over his car jack during a final stage pit stop and had a valve stem knocked off the left rear wheel early in the race at Las Vegas.

“We just have to clean some stuff up. It’s been unfortunate,” Blaney said Friday at ISM Raceway where he still start on the pole for Sunday’s race. “While it’s nice to have Penske winning and obviously, I’m selfish and I want to win, but it’s good to have our cars really fast and our finishes definitely don’t reflect how we’ve been running.

“We’ve been really fast this year at all three places so far. We didn’t even really get to race at Vegas. We had that tire problem that first stop and tried to play catch-up all day. Atlanta we led a bunch of laps and then had that deal on pit road.

“We’re just trying to clean up some stuff and maybe get a little bit of luck on our side.”

So far at Phoenix this weekend, Blaney, 25, has been the cream of the Penske crop.

He was fastest in Friday’s lone practice session and was fastest in the second and final rounds of Friday’s knockout qualifying on his way to winning the sixth pole of his career.

Blaney is the first Penske driver to win a pole this season but he is looking for more, especially considering the speed the organization has found to start the season. He hasn’t been able to finish better than 22nd and is 15th in the series standings.

His own trip to Victory Lane could quickly turn that around, however.

“It’s nice to have the whole team really fast right now. You can never really settle. I feel like Penske is the best group right now for sure,” Blaney said. “We’re still working every day to try and get better and better, so we just need to clean up some things.

“The speed is there, it’s just a matter of stop running into issues and I think we’ll be pretty good. The best thing we can do is control the things we can control and if we keep bringing fast cars to the race track, hopefully it will work out for you one of these times.

“I want to be part of the win club here in the Penske group.”