Ryan Newman: "I feel like a complete walking miracle" 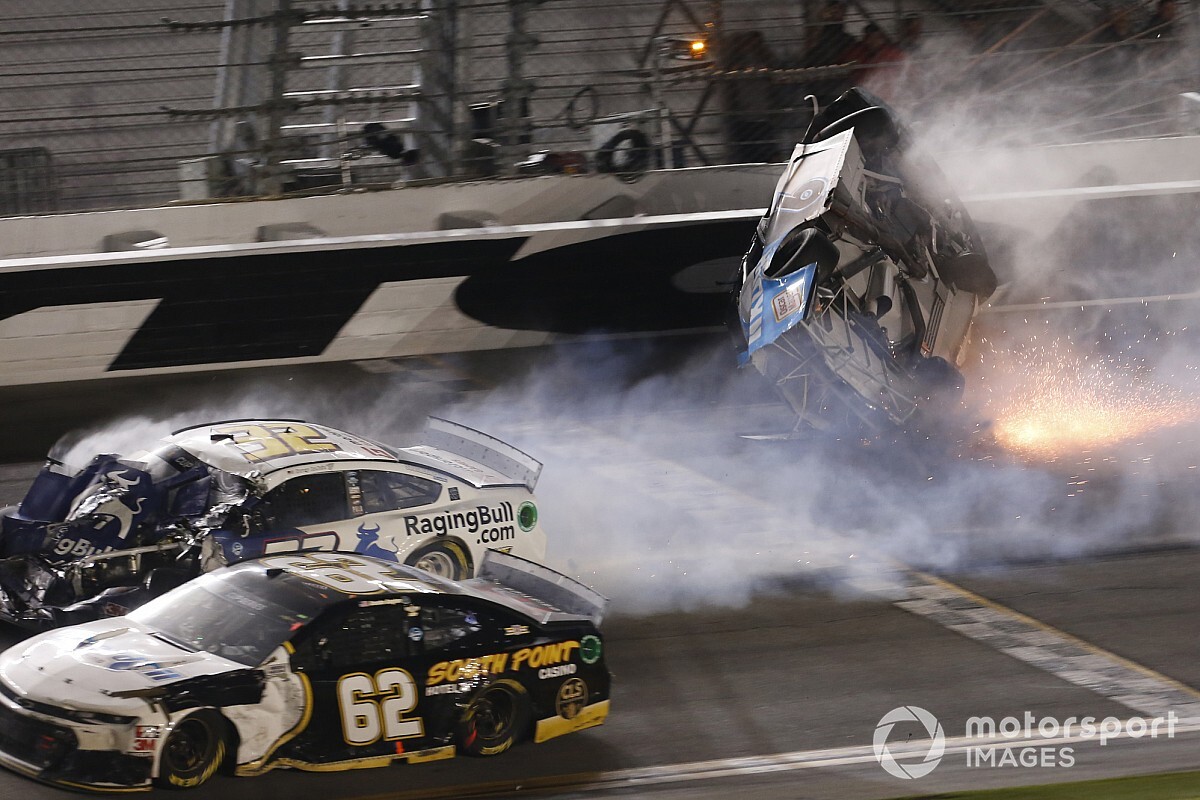 Ryan Newman can’t remember the final moments he was last competing in a NASCAR race but he has no apprehensions about his return to action nearly three months later.

Newman, 42, suffered a closed head injury in a violent crash on the last lap of the Feb. 17 Daytona 500 season opener after his No. 6 car went airborne and was struck in the driver’s side door upon landing on the track.

The car skidded on its roof on fire before coming to a stop near the end of the frontstretch tri-oval. Newman, however, escaped from the incident with no injuries other than what he calls “a bruised brain” and walked out of the hospital under his own power 48 hours later.

He missed the next three races but one well-timed positive from the two-month postponement of the NASCAR season due to the COVID-19 pandemic is it has provided Newman time to complete his recovery.

When the 2020 Cup Series season resumes Sunday at Darlington (S.C.) Raceway, Newman will be back behind the wheel of Roush Fenway Racing’s No. 6 Ford.

“That tells me that I was blessed in more ways than one, and makes me so thankful for what I went through and being able to have the people around me that I love and trust afterwards. I don’t even know how to describe it more than that.

Newman was officially cleared for competition on April 27 by NASCAR and in recent weeks has participated in a private test at Darlington with his medical team to ensure he felt comfortable back in the car.

With the unique circumstances of the pandemic, Sunday’s race will be held without fans and without any practice or qualifying. Basically, cars will go through inspection, moved to the starting grid and run a handful of pace laps before taking the green flag.

“We went down and did about 30 laps total at speed. We did two five-lap runs and then kind of checked the tires out and then put another set of tires on for a 20-lap run and wanted to see how I felt in the car,” Newman said.

“I had no apprehensions getting in the car. I was excited to get in the car. It’s my favorite race track and just really wanted to get back in it and at it. I’ve been working really hard to do the things that I needed to do test-wise to pass my concussion test and protocol and things like that.

“The track was really green and was really fast. My first five laps of my 20-lap run were quicker than the pole-winning car from last fall, so I can handle the speed.”

Newman doesn’t appear concerned with the condensed schedule, which will prevent any chance to get up to speed prior to the race.

“You don’t want to be the first guy to be smashing your splitter going into Turn 1 at Darlington when you’re going enter the corner with somebody outside of you,” he said. “You just don’t know those things, so you just have to think about it, no different than you would if you were in practice.

“You have to work your way into that level of confidence and we’ll have plenty of laps in Darlington to do that on Sunday.”

Kenseth "really excited" to go back racing at Darlington

Bubba Wallace on NASCAR return: Some people “want to see us fail”