Ryan Blaney fends off Harvick for Stage 1 win at Bristol 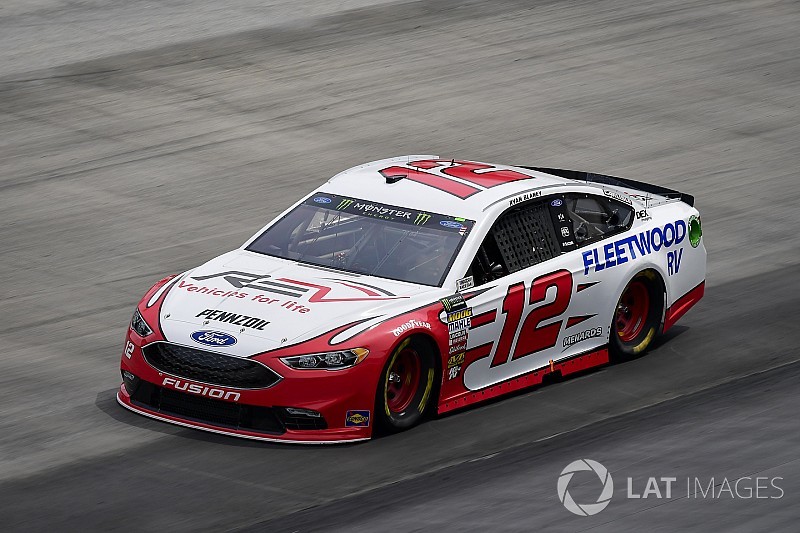 Larson, who started on the pole, led the first lap but Kyle Busch spun after contact with Blaney on Lap 2 to ignite a multi-car accident.

Once the race restarted on Lap 14, Larson led the way followed by Paul Menard and Elliott.

On the restart, Harvick powered up from fourth and into the lead for the first time. To laps later, Blaney got around Harvick and Larson to move into the top spot.

On Lap 29, Menard – who had dropped back in the field – tagged the wall while exiting Turn 4 and was forced to pit road for repairs. The car couldn’t be fixed so Menard was also an early exit from the race.

“The wheel broke the center section, which we’ve never seen before,” Menard said. “Kind of disappointed, we had a very fast Ford and felt if that first caution didn’t come out, could’ve been leading the race by Lap 3.”

NASCAR displayed a competition caution on Lap 61, to allow teams to check tire wear after rain overnight and earlier in the day.

All of the lead-lap cars elected to pit with Ricky Stenhouse Jr. the first off pit road. However, he and Suarez were penalized for speeding on pit road and had to restart from the rear of the field.

On the restart on Lap 67, Blaney led the way followed by Larson and Harvick.

Shortly after the restart, Jamie McMurray took his No. 1 Chevrolet behind the wall for issues.

“I’m having a hard time going straight. I thought it was a loose wheel, but it might be a track bar mount,” McMurray said over his radio before coming down pit road.

After 90 laps, Blaney held a small advantage over Harvick with Jones having moved up into the third position.

With 20 laps left in the stage, Blaney continued to hold off the advancing Harvick as Bowyer moved into third. Elliott was fourth and Almirola fifth.

On Lap 118, Bowyer got around Harvick for the second position thanks to lapped traffic. Blaney also put Martin Truex Jr. a lap down.

With four laps left in the stage, Ricky Stenhouse Jr., who was running 12th, dove down pit road with an issue.

With three to go, Harvick moved back into the second position.

Before the race NASCAR announced the No. 3 Chevrolet driven by Austin Dillon had failed pre-race inspection three times and would have to start the race from the rear of the field. In addition, Dillon’s car chief was ejected from the track.