Roger Penske on Truex's criticism of Logano: "He should know better" 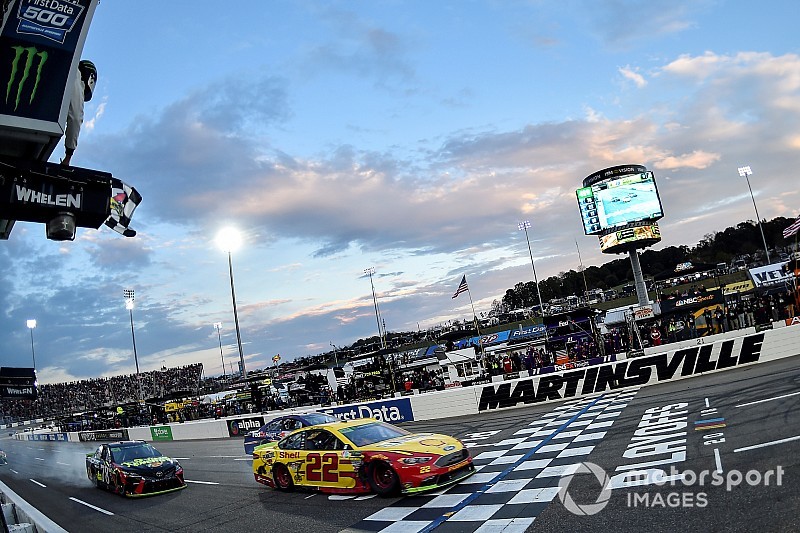 Told Truex had referred to Joey Logano’s move to bump him out of the way on the final lap to gain the victory as a “cheap shot” and “a cheap win,” Penske – Logano’s team owner – was asked if he saw it that way.

“I certainly didn’t. He’s a racer and should know better than to say that. That’s as clean a shot as you can have in a race like this,” Penske said after Sunday’s race. “I didn’t hear Kyle Busch or (Kyle Larson) have any kind of conversation after that race.

“To me, I’m really looking forward. We want to go to Miami. Joey ran a great race. As far as I’m concerned, that’s just a comment that I don’t think we deserve. We’ll race him day after day.

“(That’s just) stirring some controversy that he’s trying to spread. From my perspective, Joey drove a great race. The team won on pit road. You can see that, how many times he got out front. Leading the number of laps shows the job that Todd (Gordon, crew chief) and the team did. That’s my position.”

The win – Logano’s first at Martinsville – locked him into the Championship 4 next month at Homestead, Fla., ensuring him an opportunity to compete for his first series title.

Truex, the reigning series champion, is attempting to become the first repeat champion since Jimmie Johnson won five in a row (2006-2010).

Penske was asked later why Truex’s comments bothered him so much.

His reply, “I think Joey drove a great race. He didn’t knock him off the race track. It was side-by-side racing at the end. You could see that. Nobody lifted.

For his part, Gordon said he saw what fans and competitors generally expect to see at short track racing with a lot on the line.

“I think the job that Goodyear has done with the tire they brought here the last two years has led to side-by-side racing. We had great competition,” Gordon said. “It’s rubbing, it’s racing. When you put a prize that’s a guaranteed ticket to the championship four on this race, you’re going to have that kind of racing.

“I think that’s just kind of what the atmosphere creates. To Roger’s point, we came off of Turn 4 side-by-side. It’s not like somebody ended up out on the wall and spun out. There’s a huge prize there.

“You have to race hard for it.”