NASCAR "happy with the speed" of Next Gen car 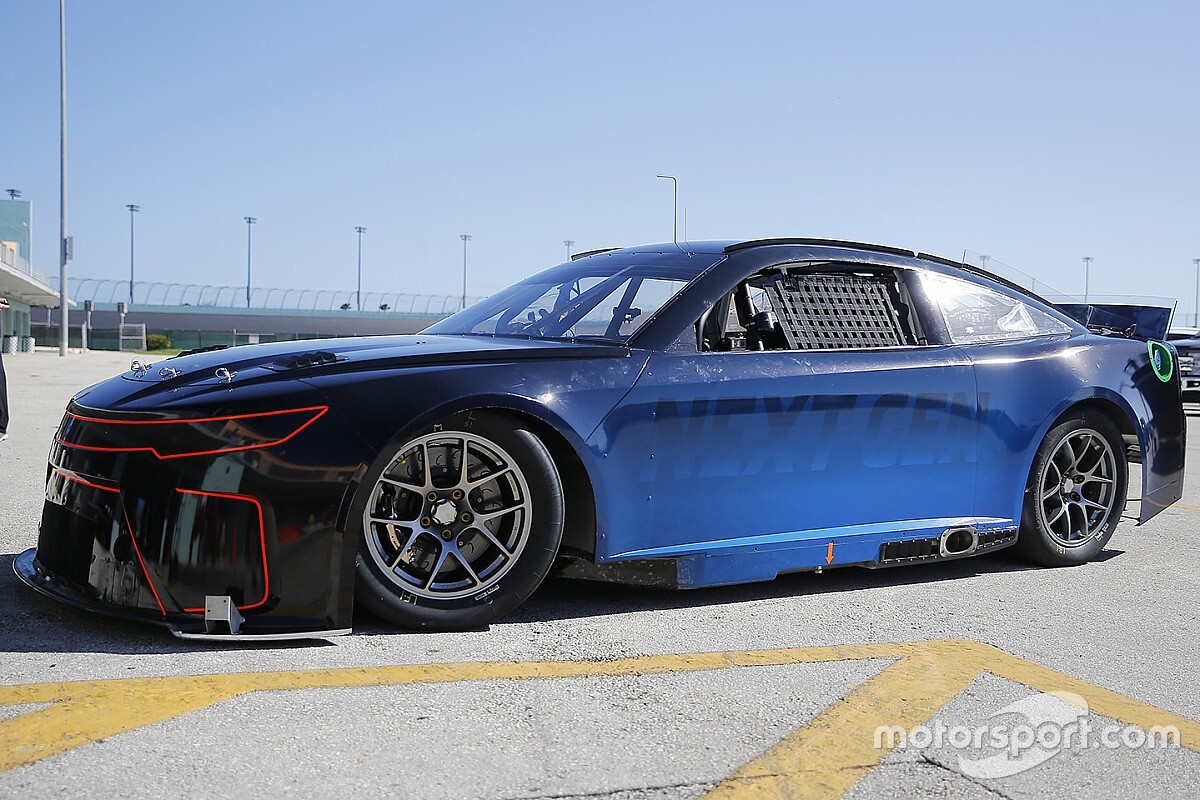 NASCAR resumed testing this week of its prototype Next Generation car, which is now scheduled for a debut with the 2022 Cup Series season.

Monday and Tuesday’s test at Dover (Del.) International Speedway with driver Cole Custer was the first since March and the first since NASCAR made the decision to postpone the scheduled 2021 debut of the car.

The test car still has a manufacturer-generic overall design, but that could soon change.

“Right now, the most important part of the project is getting all of the OEM bodies approved by the end of September. That is a really big milestone for us, and we’re on track to hit it,” said John Probst, NASCAR’s senior vice president of racing innovation.

“In terms of on-track testing, we still want to get to a superspeedway, and we’re looking at something at Daytona after the season ends. There is also significant enough interest that we may look into doing other on-track tests.”

Probst said NASCAR “had to take a step back” once the sport was put on a two-month hiatus in mid-March due to the COVID-19 pandemic.

Each NASCAR test had featured a different team in the sport and this week’s test at Dover was with Stewart-Haas Racing.

“It takes a bit for new teams to get up to speed, but by the second time on track we were running lap times comparable to the race on Sunday, so we’re happy with the speed of the car,” Probst said.

“Dover is one of our highest load tracks, so we want to put heat in the car and laps and mileage on the parts and pieces. Our goal is to get 500 miles on the car this test.

“The most important thing for us is to validate what we think is going to happen. It’s important that when the team adjusts the car, it responds in a manner that is predictable.”

Probst said the car used this week was same used in previous tests but with all production-intent parts and pieces in the driveline.

Custer, a rookie in the Cup Series, said he entered the test “kind of skeptical” because the entire project was new to him.

“I learned coming into the Cup Series that you can’t have too many preconceived notions, because it will just mess you up,” he said. “Especially at a track like Dover – you don’t know what you have going into the first corner going down the hill.

“But it all worked out, everybody did a great job. The test has been really smooth. It’s been different getting used to some of the things on the car, but it’s not ‘night and day’ compared with our current car.

“The biggest adjustment to me has been the steering. Currently we have a steering box, the new car has a rack and pinion; it’s a totally different feel. You’re able to adjust it, and everybody will have their own preference on how they want it to feel.

“Overall, I’m really happy with how the car felt and handled.”

Kevin Harvick: "Narrow minded" to focus on rivalry with Hamlin