Martin Truex Jr.: "We finished third with the best car” 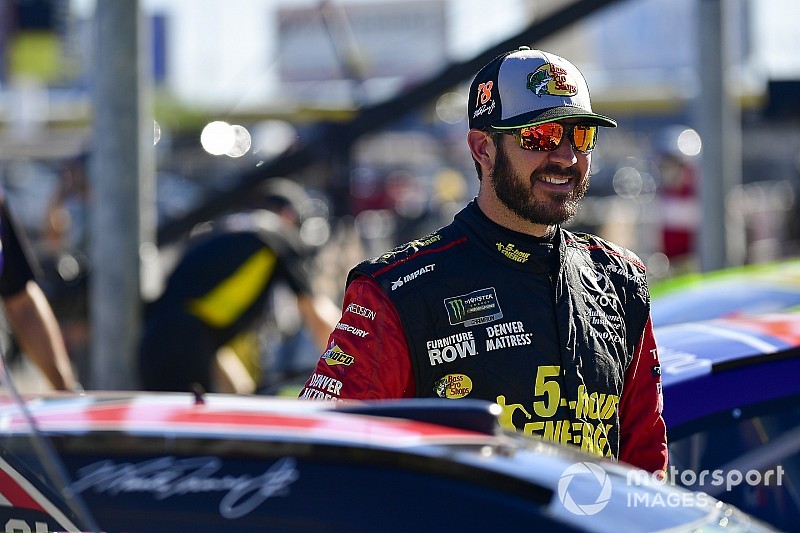 Martin Truex Jr. couldn’t hide his frustration after finishing third in the playoff opener at Las Vegas, despite appearing to have the best car in the field.

Truex led a race-high 96 laps in the event, but felt the numerous late restarts hurt his chances to score his first win since Kentucky Speedway in July, nine races ago.

“It took the race from us, no question,” said Truex. “With 15 laps or so we could take the lead and drive away. We were actually a little too good on the long run, I wish maybe we could have gone the other direction a little bit and still been able to get the lead.

As often is the case in a NASCAR Cup Series race, Truex knew if he had kept the lead, he likely would have been fine on all those late-race resets.

“If we were the leader, we could do okay, I could maintain, but when I was second or third or fourth, it just made me tight enough that I had to wait for the thing to come to me or wait for other guys to start getting off the bottom in front of me,” Truex Jr. added.

“All in all it was a great day for everybody on the Bass Pro/5-hour ENERGY Camry and all the guys did a phenomenal job this weekend. Thanks to all the guys back in Denver at the shop, it’s pretty cool to see the effort going into these last 10 – we’re going to get after them.

“We had a winning car, just didn’t work out for us today. Really proud of the effort.”

After a span of four races outside the top 10 including two DNF’s over the past month, there were whispers that his team might be struggling to regain their form gollowing the news it will shut down at the end of the season.

Asked if he felt his team’s performance had fallen off as of late and that he was no longer part of the 'Big 3' discussion, Truex had this to say: “Yeah, I mean, I think the big three talk is cool for the regular season, but when it comes to the playoffs, the big four are going to make the Final Four, so that's the only thing that matters at that point.

“We can talk all we want about who did great in the regular season, but at the end of the day, we're here to win a championship, and at the end of the season, the four best guys will be at Homestead, and hopefully we're there.”

As for the recent three-race winning streak of Brad Keselowski, Truex clearly feels they have found some luck recently.

“Brad clearly found a horseshoe,” Truex said. “Three races in a row he's won and he has not had the best car. I mean, if you want to really talk about the sport being what it is, you've got to look at that. I mean, obviously he hasn't led the most laps in any of those races, and he showed up at the end with good pit stops and good short run speed. I think clearly it's pretty obvious how it worked out. He's hot right now. He's on a streak. That's the way it goes.

“We finished third with the best car. The last three weeks we had a top-three car and we finished 14th or worse in every one of them; know what I'm saying? So it's a tough sport.”

Kyle Busch: "We’ll take what we can get" after "sloppy" hometown race