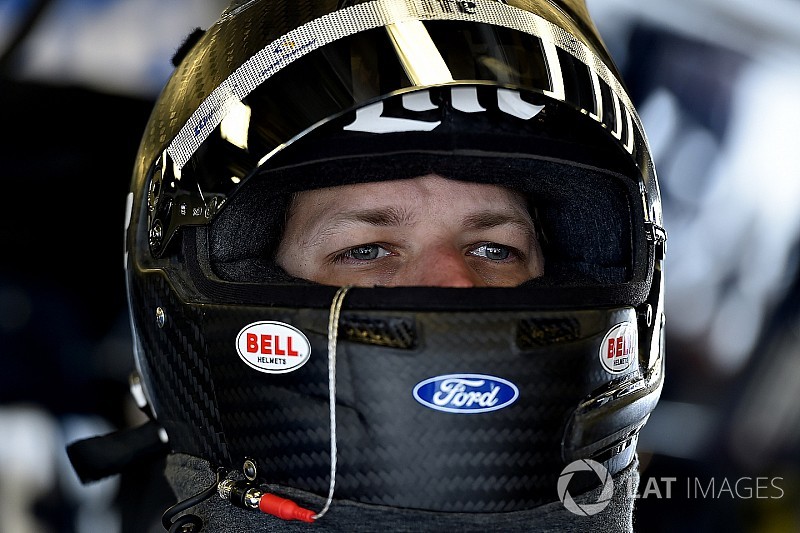 Just after five minutes, Truex popped up to third (124.641mph). Moments later, Boris Said destroyed the nose on the No. 33 Chevy in the bus stop and forced the red flag. Maintenance trucks cleared the grass and dirt from the circuit in the inner loop. Before cars could return to the track, a light sprinkle blew over the track.

The Nos. 13, 31, 48 and 72 were released from a 15-minute practice hold for failing qualifying/pre-race practice inspection twice at Pocono.

One minute later, the shower passed through and 25 cars returned to the track. McMurray was still fastest in single-lap speed. Just before the 22-minute mark, Keselowksi moved to the top (125.880mph) on his third lap. Kurt Busch took over P2 (125.862mph). McMurray, Truex, Bowyer, Hamlin,

“It felt slower, like I was tighter on each apex,” Kurt Busch said. His crew chief Tony Gibson replied, “That was a .70-flat. Your best lap.”

Keselowski remained atop the leader board followed by Kurt Busch, McMurray, Truex, Stenhouse (124.464mph), Bowyer, Hamlin, Harvick, Elliott and Allmendinger. Six minutes later, Kyle Busch jumped up to fifth with a lap of 124.504mph. At the 40-minute mark, Busch moved to fourth on his eight lap — 124.906mph.

Dale Jr. hopes to "have something to smile about" by season's end