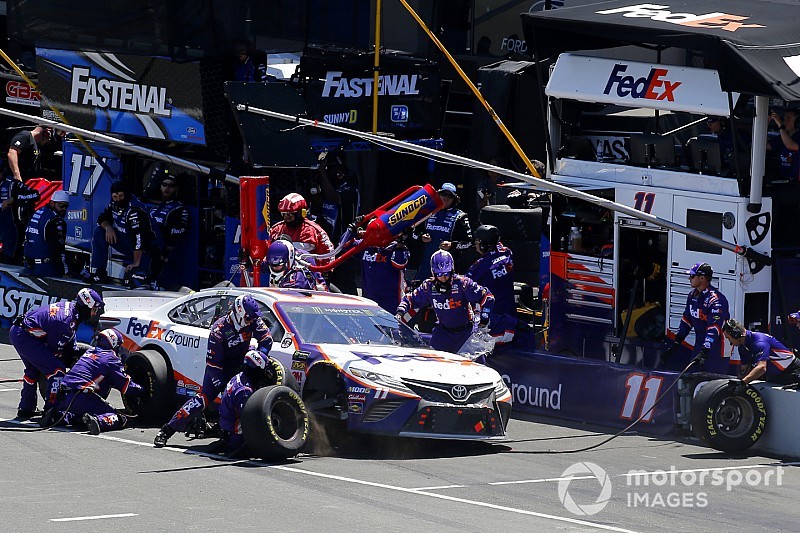 NASCAR has altered two pit road rules, most notably how it will enforce the penalty for uncontrolled tires.

In a rules bulletin announced Wednesday, NASCAR has removed the requirement that a tire remain within an “arm’s length” of pit crew members servicing cars during pit stops.

The change does not eliminate the rule but beginning this weekend for NASCAR events at Pocono Raceway and Iowa Speedway, tires will be considered “uncontrolled” if they create a safety issue or interfere/impede another competitor’s pit stop.

“After discussions internally and with competitors and teams, NASCAR will adjust how we officiate the uncontrolled tire rule to focus on preventing a safety hazard rather than concentrating on the subjective ‘arm’s length’ criteria,” Elton Sawyer, NASCAR’s vice president of officiating and technical inspection, said in a statement.

“To be clear, tires must still be returned from the outside of the pit box in a controlled manner.”

Here are the guidelines regarding uncontrolled tires:

In addition, beginning at Watkins Glen next weekend, when a team performs a four-tire stop, the outside tires must be changed first.

Sawyer said the four-time change was made to “reduce crew members’ exposure to adjacent vehicles departing their pit stalls.”