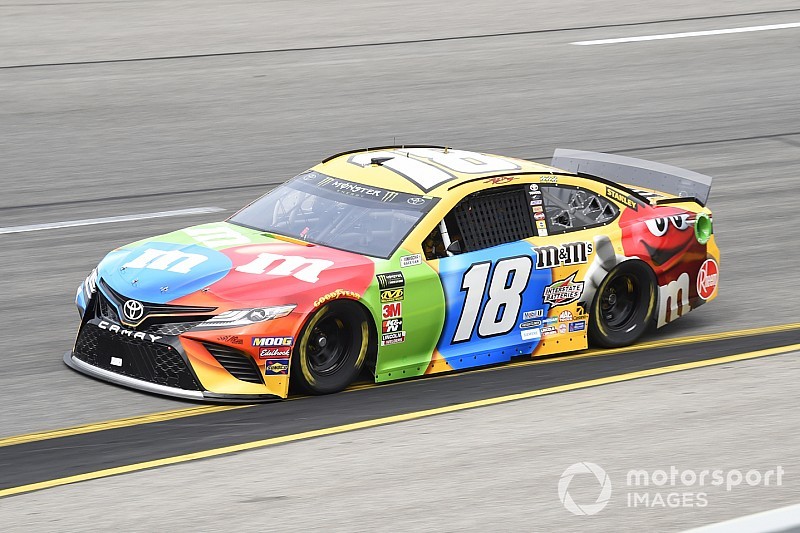 Kyle Busch wasted little time grabbing the lead and dominated on his way to the Stage 1 victory at Richmond (Va.) Raceway.

Busch started fourth and had taken the lead by Lap 32 and easily held off Joey Logano at the finish. Martin Truex Jr. was third, Kevin Harvick fourth and Clint Bowyer fifth.

Harvick, who started on the pole, took command early and had built up a more than 2-second lead 20 laps into the race. Kurt Busch was second and Kyle Busch had moved into third.

On Lap 23, Kyle Busch got around his brother Kurt to take the second position.

On Lap 32, Kyle Busch powered his way inside and around Harvick off Turn 2 to take the lead for the first time.

NASCAR displayed a competition caution on Lap 41 to allow teams to check tire wear following an overnight rainfall. All of the lead-lap cars elected to pit with Kyle Busch the first off pit road followed by Harvick and Logano.

The race returned to green on Lap 47.

With 50 laps to go in the first stage, Kyle Busch held a small advantage over Logano with Truex moving up to third.

On Lap 61, Suarez had moved up to the 13th position, the highest any of the eight drivers who failed inspection and had to start from the back had reached.

With 30 laps remaining in the stage, Kyle Busch maintained 1.4-second lead over Logano while Bowyer moved into the top-five for the first time in the race.

Kyle Busch’s lead over Logano held steady at 1.5 seconds with 20 laps to go in the stage. Logano was second, Truex third, Harvick fourth and Bowyer fifth.

With 10 laps remaining, Suarez had moved into the top-10 as Kyle Busch continued to hold a solid lead over Logano.

Four drivers in top-10 at Richmond lose their starting positions