What if Kyle Busch's 200 NASCAR wins is just the beginning? 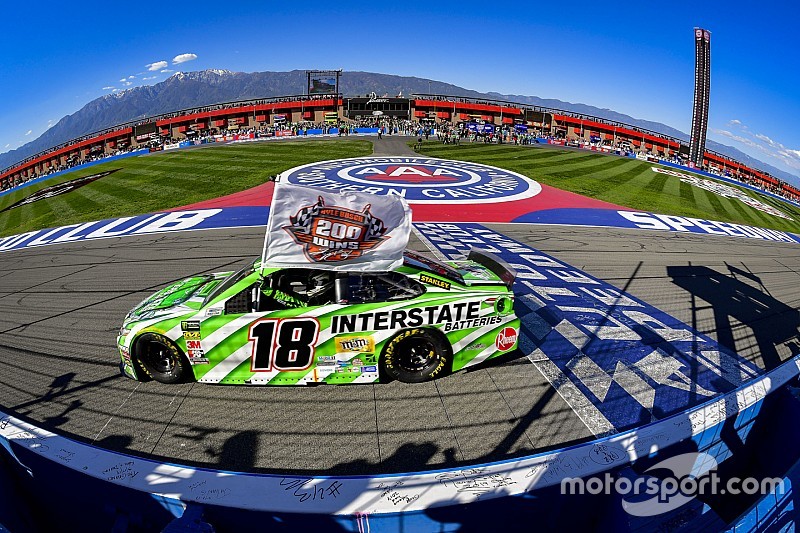 Lost in the debate around Kyle Busch’s milestone 200th NASCAR win lies an even more remarkable possibility: What if he’s just getting started?

On Sunday, Busch earned his 53rd win in the Monster Energy NASCAR Cup Series, and combined with his 53 Truck Series win and 94 in the Xfinity Series, leaves him with 200 victories across NASCAR’s three national series.

Social media and talk radio have been filled with debate in recent weeks about what that accomplishment means and how it compares to the 200 wins Richard Petty amassed only in the Cup series during his remarkable career.

Both are Hall of Fame-worthy accomplishments and should be judged on their own merits. At the time each of them raced, they were the best in the business.

That raises an even larger possibility – what if we haven’t even seen the best Busch has to offer?

It may sound somewhat silly, but consider Busch is just 33 years old.

Then also consider a driver like Kevin Harvick, who has had a distinguished NASCAR career, but has seen his only Cup title and 22 of his 45 career Cup wins come since his 38th birthday.

The point is, while many are stuck contemplating the significance of what Busch has already accomplished and where it ranks in NASCAR history, Busch’s entire story may be nowhere near written.

Should he want to and his health allow it, Busch could well have another decade or more of NASCAR competition ahead.

In his most recent 10 years, Busch collected 41 of his Cup wins, 73 in Xfinity and 44 of his Truck Series victories.

If he were actually to improve as a driver as many of NASCAR greats have done as they have matured, aged and gained experience, what kind of statistics might an even more successful Busch accumulate?

Simply matching his previous 10 years of Cup wins over the next decade would put Busch very near the 100 win mark in that series. If a number of series championships were to come as well, how would Busch be perceived among NASCAR’s greats then?

Who is NASCAR's GOAT?

The same could also be said for Busch considering he has spent far more time than Johnson in the other two other series, each of which has their own differences in competition.

A dramatic new aero package also debuted in the Cup series this season and Busch has already won two of the first four races that have utilized it.

Busch has a Hall of Fame list of achievements in his NASCAR career.

But where does he rank? How do we know?

Although a scary thought to his competition, the best of Kyle Busch the race car driver may still be yet to come.