Kurt Busch derailed by 'one random lightning bolt' at Daytona 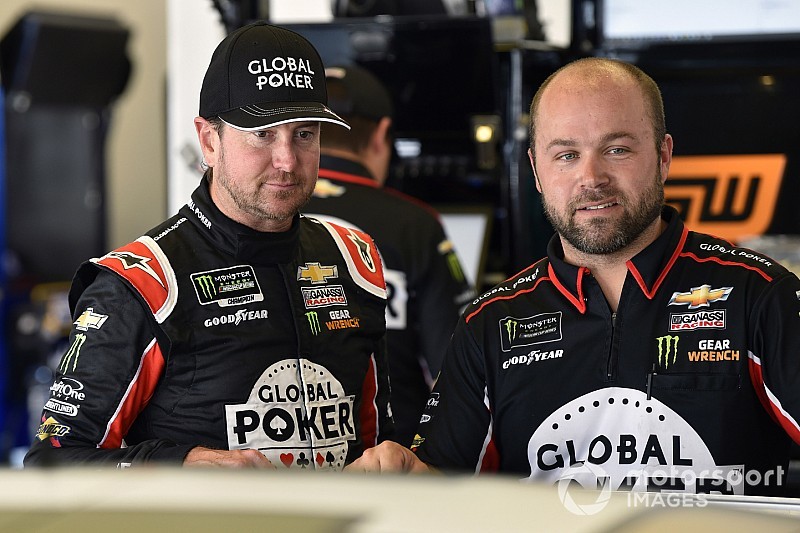 A split-second pit decision followed by an unexpected lightning strike combined to snooker Kurt Busch out of a chance at victory at Daytona.

Following the extensive cleanup, NASCAR appeared ready to restart the race, signaling a restart after one more caution lap.

Busch’s Chip Ganassi Racing team decided to take the opportunity to pit, believing on fresh tires and plenty of fuel to finish the race Busch would have a have better chance to battle the final 33 laps for the victory.

Just after Busch and several other cars elected to pit, however, a lightning strike was recorded within 8 miles of the track and NASCAR immediately stopped the race and displayed the red flag.

That left Justin Haley in the lead, followed by a pair of Hendrick Motorsports teammates in William Byron and Jimmie Johnson.

The race never restarted as several more lightning strikes followed by a violent thunderstorm soaked the track. NASCAR finally called the race after more than 2 ½ hours of delays around 5:30 p.m. ET.

“I feel like we were in a really good position to win the race and it’s just a matter of when the one random lightning bolt comes down to decide when you make the call,” Busch said. “It was a judgment call on their part.

Busch ended up credited with a 10th-place finish. While not a bad effort on a track where many of his fellow competitors ended up wrecked Sunday, the second-guessing was hard to avoid after the race.

“I think we did pretty good to finish 10th considering everything that went on,” he said.

"Crew chief Matt McCall made a call that they were going to stay on the race track. But NASCAR gave one to go. They said ‘we’re coming to one to go,’ so that means the race is going to restart, so the No. 1 car comes down pit road,” Burton said.

“Then down the back straightaway, conditions change, they get a lightning strike and they call it off. So right now, Matt McCall is like, ‘I was in the right position. You gave one to go, why did you give one to go?’ ”

While no guarantee of victory, had the race restarted, there were probably no more than six to eight drivers from top-level teams left in contention for the win.

Even a NASCAR 'feel good' story gets engulfed in controversy