It’s been a difficult year for Kevin Harvick and Stewart-Haas Racing, but Harvick’s crew chief thinks Sunday’s race at Atlanta could foretell what they can make out of the 2021 season.

Harvick is currently ninth in the series standings – and still likely headed for the NASCAR Cup Series playoffs – but he is far off his stellar 2020 season in which he won a career-high nine races and led more than 1,500 laps.

Harvick has yet to earn a win this season and has led a total of 39 laps in the first 20 races. He’s still tops at SHR as the next higher driver in points – Chase Briscoe – is 23rd.

“You can look at it starting back in the fall last year we started to kind of lose our stride a little bit and the Hendrick cars got going really good there at the end of the year,” said Rodney Childers, Harvick’s crew chief.

“This year, we’ve just kind of been off a little bit all year long, no matter if it’s been a road course or a 550 (hp) race or a 750 (hp) race, kind of off all together. It’s definitely been tough. Everybody has been working really hard trying to get better.

“As you know, too, it’s tough to start reeling all that back in. We’ve made some gains, but we haven’t just been knocking it out of the park as far as catching up, so we just have to keep working and hopefully get better.”

Atlanta Motor Speedway has been one of Harvick’s best tracks, particularly joining SHR in 2014. He has just one finish outside the top-10 in his last eight starts at the track.

In the March race, Harvick appeared to have a competitive car but had to pit right before a restart early in the race due to a flat tire from a broken valve stem. He fell a lap down and spent the majority of the remainder of the race battling back up through the field.

“This year at Atlanta I think we just kind of missed it a little bit. We were further off on our cars early in the year than what we thought, and just a lot of little things that I probably don’t need to get into, but, overall, I think our car this weekend should be a little bit better,” Childers said.

“I’m not going to say that we can just blow the doors off everybody, but hopefully we can run with them and have a shot.”

Harvick agrees he probably had one of his better cars of the year in the first Atlanta race but it was clear SHR was still not on pace with some of its competitors.

“Ryan Blaney won the race and we raced right with Blaney at the beginning of the race. The unfortunate part for us was two things – the untimely pit stop that we had to have because of the valve stem, and (Kyle Larson) was extremely fast,” he said.

“So, every time we would pass cars, he would pass more cars and there just weren’t a lot of cautions and we never could get back to where we needed to be until the very end of the race. I really felt like we had a top-five car in that particular race.

“It wasn’t a car that was as fast as we’d like to have capable of winning the race and setting the pace, but it definitely put us behind and we never could make it up because of how fast (Larson) was.”

Since NASCAR is moving to its Next Gen car in 2022, there have been several limitations on research and development options for teams this year with the current car.

For organizations behind and trying to battle their way back into contention, that leaves fewer options for improvement to pursue.

“My honest answer is it kind of is what it is at this point. You don’t have many races left before the playoffs. We’ll probably go to the wind tunnel two more times before the playoffs start, maybe three times,” Childers said. “So, from a car side, we’re not really going to make the cars much better than where they’re at this weekend at Atlanta.

“From an engine side, those guys have been locked up all year long. They had to submit all of their parts going into this year and they can’t change all the things that we’ve been able to change in years past to be able to find more horsepower, either. 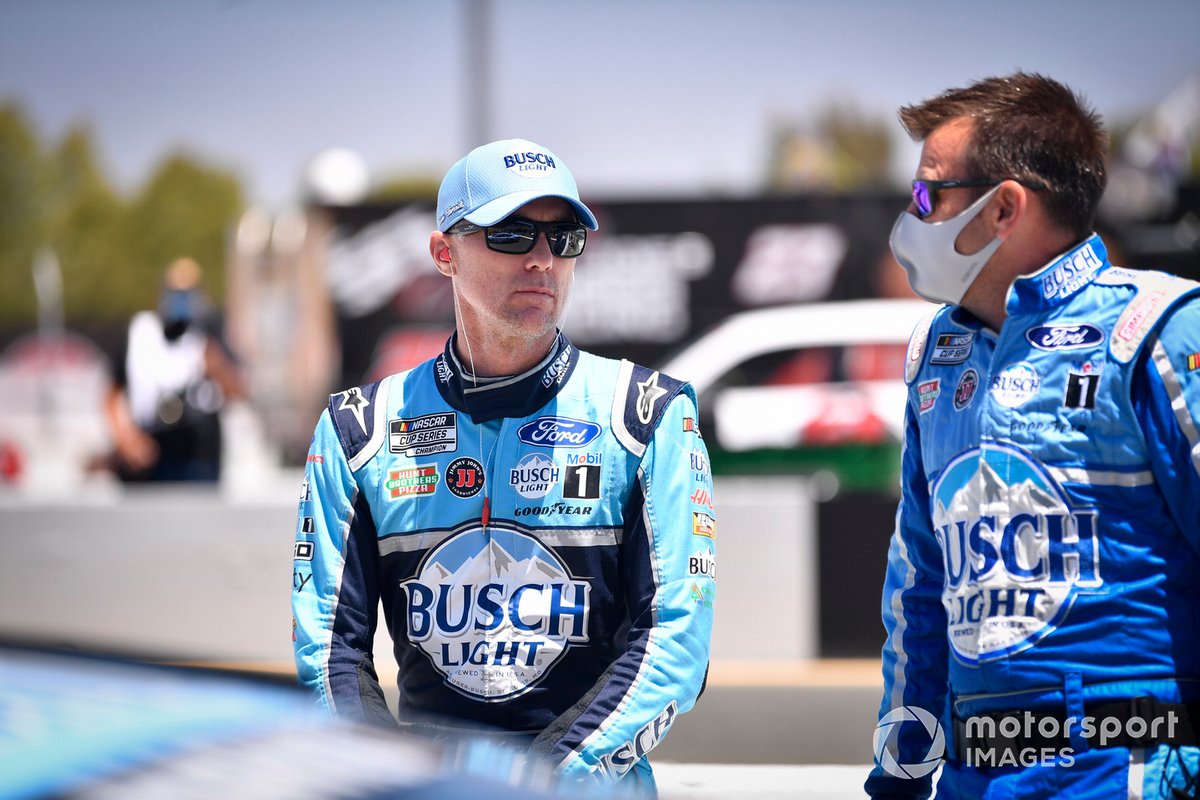 Denny Hamlin clearly had a car to contend for the win on Sunday at Michigan International Speedway but once again pit road was his nemesis.

Bubba Wallace had a near-perfect weekend at Michigan International Speedway but in his eyes it wasn’t good enough.

The start of Sunday's NASCAR Cup Series race at Michigan International Speedway has been delayed by persistent rain and lightning in the area of the race track.