Keselowski knew Buescher was "somebody we could build around"

The night race at Bristol (Tenn.) Motor Speedway produced the 19th different winner of the 2022 NASCAR Cup season in yet another unpredictable result.

But this one was different. The playoffs opened with Erik Jones earning his third career win at Darlington in what was for sure a surprise, and it was quite the moment to see the iconic No. 43 back in Victory Lane for the first time since 2014.

At Kansas the next week, Bubba Wallace scored his second career win and the third for 23XI Racing since it joined the Cup Series last year, which was another impressive feat.

However, this past weekend's surprise winner at Bristol feels different. Chris Buescher hadn't won a race in over six years, which was a story all on its own, but what is it that makes this playoff spoiler different than the previous two? To me, it's who he was driving for.

A look back on Roush's former glory

Roush Fenway Keselowski Racing, as it is now known, has been around for a long time. The name has changed slightly over the years, but Jack Roush has been there from the start. Once upon a time, they ruled the track at the Cup level. While winning back-to-back titles in 2003 and 2004, they also collected 14 victories in 72 races. In 2005, they won 15 of the 36 races on the schedule, taking second, third, and even fourth in the championship while just missing out on a third straight title.

They were a powerhouse, at one point fielding five full-time entries.

Going into 2015, they had enjoyed 14 consecutive multi-win seasons. They were often talked about in the same way as Hendrick Motorsports is spoken of today  — a true titan of the industry.

But after dozens of victories through the years, they went winless in 2015 and 2016. They managed to win two superspeedway races in 2017, courtesy of Ricky Stenhouse Jr., but it then took over five years for them to win again.

That brings us to 2022. Former Cup Series champion Brad Keselowski leaves a comfortable position at Team Penske to take up a driver/ownership role at the once prominent team. Now just fielding two entries, and considered a welcomed surprise every time they managed to run up front, Keselowski hoped to return Roush to their former glory.

One of the things he inquired about when joining up was in regards Chris Buescher himself, and how long RFK had him locked in for. Keselowski had his eye on the young driver dating back to at least 2015, and even wanted to see him in the Wood Brothers No. 21 machine in the not-so-distant past. 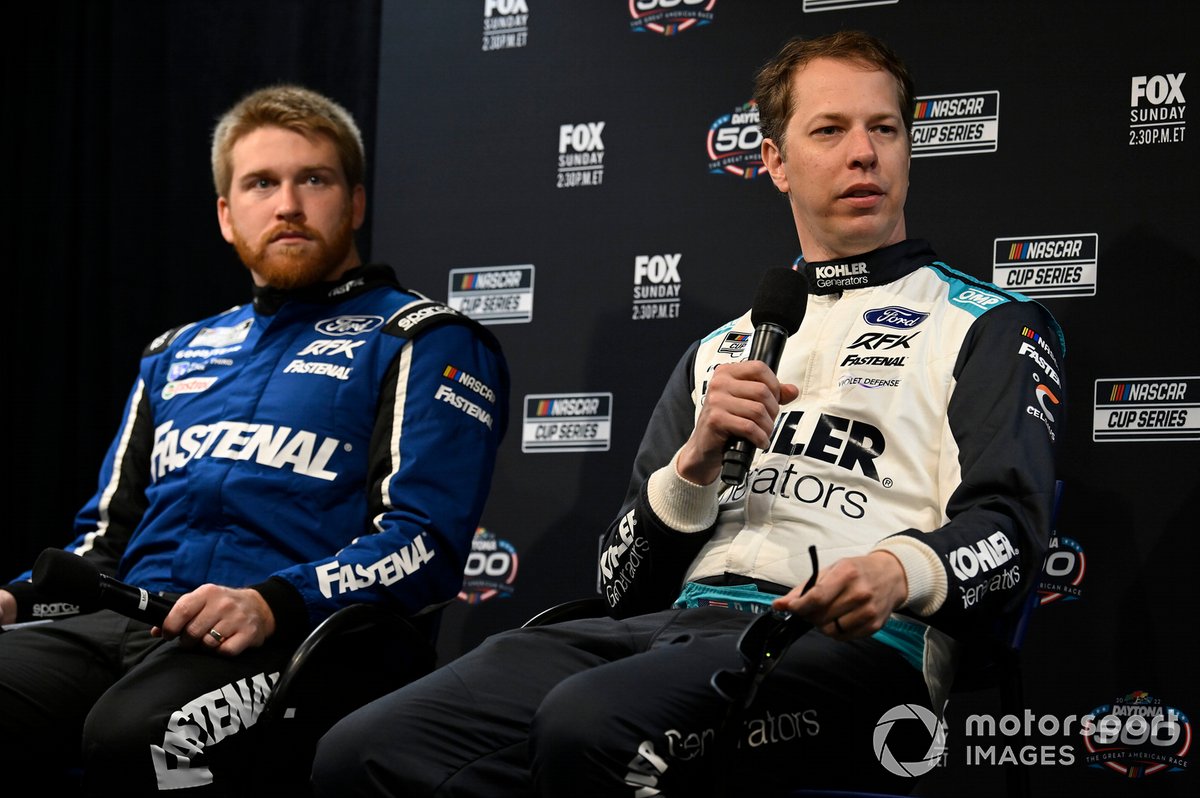 "I went to a Ford driving school with him somewhere around 2015, and I was blown away by his talent and his feel for the car," said the RFK Racing co-owner. "I just felt like he didn't have the support system around him to be successful with the teams he was with.

"I kind of felt like he was a hidden free agent gem that wasn't being scouted properly and felt that way for a handful of years. So yeah, the first thing — it was literally the first thing I did when I signed the papers at RFK. The next step after signing my papers was putting an offer in front of him to give him a contract extension. I thought he was somebody we could build around and get results, and today clearly shows that that was the case."

Keselowski has a notable history of scouting natural talents. While a team owner in the Truck Series, several future Cup winners went through his organization while climbing up the ladder. The list included Ryan Blaney, Ross Chastain, Tyler Reddick, Austin Cindric, and Chase Briscoe.

He believed Buescher could get it done too, despite his lone Cup victory coming in a rain (or fog) shortened race at Pocono over half-a-decade ago.

Although it was just heat races, the team swept the Duels at Daytona to open the new season. Since then, it's been an uphill battle with Buescher's pole at Dover being one of the few bright spots. Through the struggles, there were several moments — sparks or glimmers of hope, if you will. Buescher finished runner-up at Sonoma, and battled for the win at Richmond.

Neither driver made the playoffs, but the work continued. In a year with so many variables and such a diverse field of winners, anything was possible. And at Bristol, Buescher finally made winning a reality. 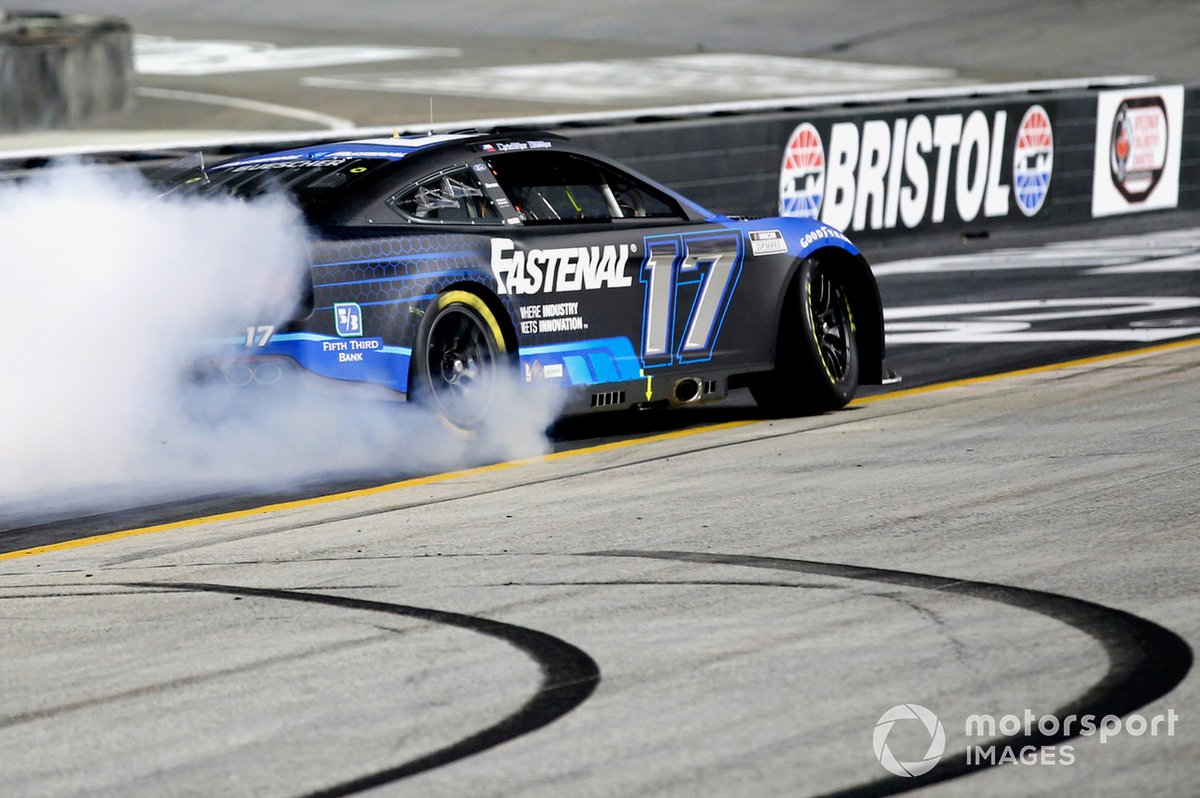 It was a bittersweet night, as it was Keselowski himself who took the race lead with just over 100 laps to go. He drove away until a right-front tire failure crushed his own hopes of winning.

But Buescher was there to pick up the baton, and after a two-tire call on the final pit stop, he was able to hold back all challengers and secure victory for RFK Racing. It was a special moment for all involved, and maybe, the beginning of something more.

"I'll say for Chris, he's done such a great job growing this year," said Keselowski. "I'm really proud to work with him and see that, and his focus is top level. He deserves a lot of credit. This is not an easy race to win. It never has been. But it's a big race to win for your career. The Bristol Night Race is a race that champions win, and I think the growth that he's shown this year shows that he can be just that.

Building towards the future

Keselowski's vision involves doubling the current size of RFK, meaning he wants to get them back to four full-time entries. They downsized from five to four full-time cars after the 2009 season, and four to three following 2011, finally becoming a two-car team in 2016.

"Obviously we're not in the playoffs with either of our cars, so we have more work to do. But our stated goal internally is to get back to being a four-car team. That's not going to happen if you're not winning races and you're not relevant as a two-car team.

"This is a good step forward for us. We've got a long ways still to go. We need to be able to win multiple races a year. But before you can do that, you've got to win a first race. Not to take anything away from today." 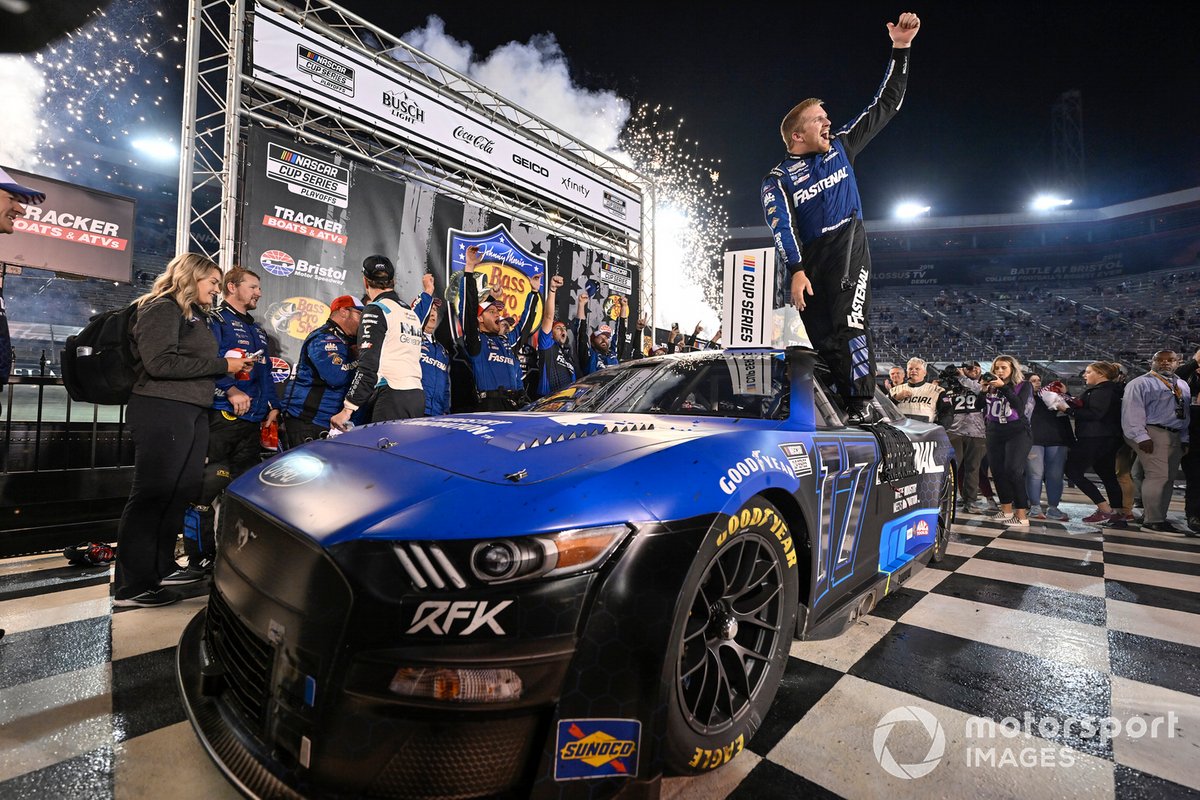 It was a bold choice for Keselowski to leave the comfort of a race-winning and championship-contending organization like Penske, with hopes of building something with Roush. Bristol wasn't the end of their journey; it was a single step on a long road back to relevance. The journey has been a hard one, but nothing worth doing is ever easy, as they say.

"Yeah, I mean, it's painful, but anything in life worth doing is painful," said Keselowski. "It's a little bit like working out. I moved up a weight class here and I've got to build a lot more muscle and get better off the track as much as I have to on the track.

"There was a lot of room for growth within the company. We've been making major investments to try to get to where we can get this thing to where it can win, and when you make those investments, you want to get a result out of it, and it's really important that you get those results when you do them.

"There's been a little bit of a lag, and some of that -- one of our biggest problems is there was a ton of supply chain issues that probably affected us as much as anyone else this year, or more, and we're just now starting to realize some of those investments, and they're paying off with results."

And who knows, perhaps the 20th different winner of the 2022 season might just be Buescher's teammate in the No. 6...