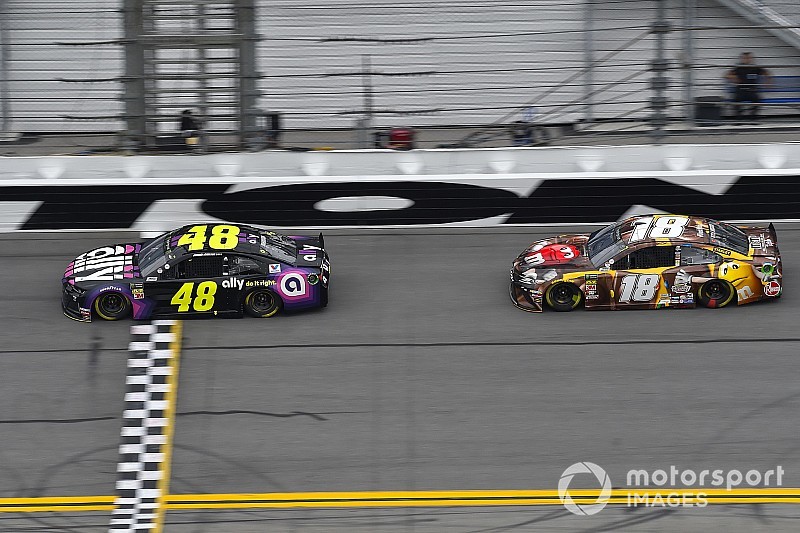 Another race at Daytona Speedweeks and Jimmie Johnson is engulfed in another controversy.

This time, Johnson was involved in an incident on the track in Thursday night’s first Daytona 500 qualifying race, making contact with Kyle Busch while the duo were racing three-wide with Tyler Reddick.

Contact from Johnson sent Busch’s No. 18 Toyota into a spin. The damage left Busch one lap down and he limped home to an 18th-place finish.

Johnson immediately asked his spotter to relay an apology to Busch, but Busch would hear none of it.

“Tell him (Johnson) I don’t want to (expletive) hear it – that’s twice he has done the same thing in two races,” Busch said over his team radio.

While attempting a pass on then-leader Paul Menard in Sunday’s Clash exhibition race, Johnson and Menard made contact triggering a 17-car wreck. Johnson went on to win the race.

Johnson was adamant following Thursday’s race that he made a mistake and took full responsibility.

“I just got it wrong. Clearly. We got three-wide and I just kind of misjudged that situation in being three-wide and trying to tuck in behind Kyle,” he said. “Unfortunately, just turned him around.

“Apologies to he and his team and I know that is not what they wanted with their 500 car, but I just got it wrong there.

“I firmly believe The Clash was a racing incident. This one was a mistake on my behalf and everybody makes mistakes.”

Menard and Johnson cleared the air over their incident on Wednesday with Menard insisting he knew the wreck was not intentional.