Harvick: "We shot both feet off with the absolute dominant car" 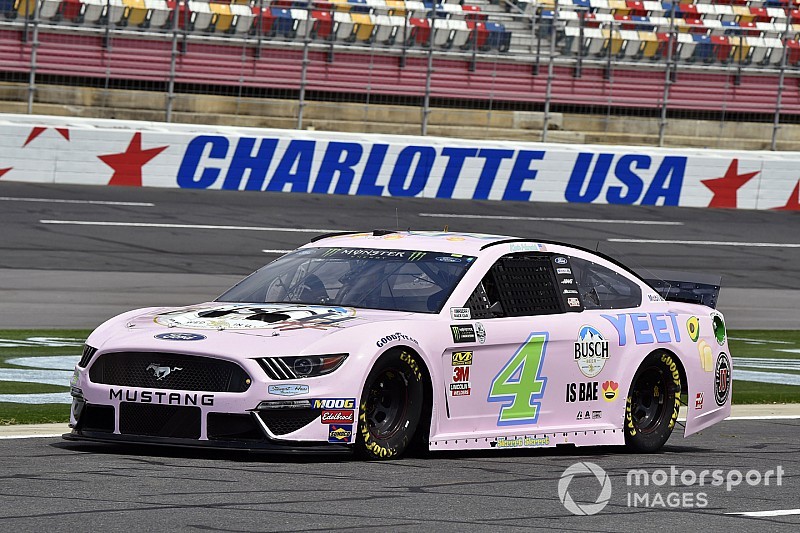 Kevin Harvick had the fastest car but it was pit road that likely cost him $1 million.

Much liked he showed last weekend at Kansas Speedway, Harvick clearly had the fastest car in Saturday night’s Monster Energy NASCAR All-Star Race but issues on pit road kept hampering his ability to cash in.

Harvick finished second in Stage 1 and won Stage 2 but in Stage 3 a slow pit stop dropped him into seventh on a restart.

Shortly thereafter, Harvick reported a loose wheel and he was lucky to catch a caution so he wasn’t forced to pit under green. Still, when the final 15-lap stage restarted, Harvick was mired in the back of the field.

He managed to close to second thanks to newer tires but was unable to catch winner Kyle Larson before the finish.

“It’s terrible. I mean, we shot both of our feet off with the absolute dominant car,” Harvick said after the race. “The guys did a great job preparing the race car and we just weren’t ready to make a pit stop on pit road tonight.”

Asked how he would describe the night, Harvick said: “A letdown. That’s how you take the fastest car and don’t win the race with it. You spot them the whole field.

“Rodney (Childers, crew chief) and all these guys on the team just did a great job and it was unfortunate the way pit road went tonight because it wasn’t even close for anybody having a good car like we had tonight.

“It was a great night for performance, just a bad night on pit road.”

Harvick, who won the All-Star Race last season, said he didn’t expect a change in team personnel needed to be made, rather the pit crew needed to consistently perform at the level to which it’s capable.

“They just need to be ready to race. They’ve done it all year. You can’t just show up and have it be a disaster,” he said. “I mean, they’ve been great all year and tonight wasn’t great, that’s for sure.

“All you have to do is do the same pit stop that you do every week. It’s not really any different. You’ve just got to be prepared and they just weren’t prepared tonight.”

Ryan Newman: Bowyer "should be embarrassed" after post-race fight

Bubba Wallace: “I haven’t had this much fun in a long time”