For NASCAR, the safety challenge continues

Just hours after Austin Dillon’s frightful crash, NASCAR was reviewing the accident and strategizing on how to improve the situation going forward.

Tuesday morning on SiriusXM NASCAR Radio, Executive Vice President Steve O’Donnell spoke of the changes the sanctioning body has made in recent years including changes in the cockpit at the start of the 2015 season.

He was quick to point out that both the catch fence and the car performed as it was designed to do at Daytona International Speedway during Dillon’s last lap wreck.

“First the good news, the fence did its job in terms of keeping the car back out on the track,” O’Donnell said. “The car, the safety area of the car, did its job for Austin to be able to walk away. So those are the things that we are most proud of in terms of all the works that goes on at the R&D Center that enabled us to be talking about that today and not something different.

“You can always learn. That’s where we are today, that’s not where we want to be going forward. That car and all its parts are back at the R&D Center. We’ve got a lot of new things that we implemented just this year with the new seven-to-nine point safety harnesses, the all-belts-to seats that we mandated that were part of that incident that I’m glad we put in place. The interval data recorder that we have that will give us really over 10,000 samples per second of that incident. That goes for 20 seconds.”

O’Donnell said the IDR can record the exact speed Dillon was traveling at the time of the accident, the angle of the car when it became airborne, the hang time and what contributed to that, the force and speed of the impact, whether the seat moved on impact and what pieces came off of the car and why. 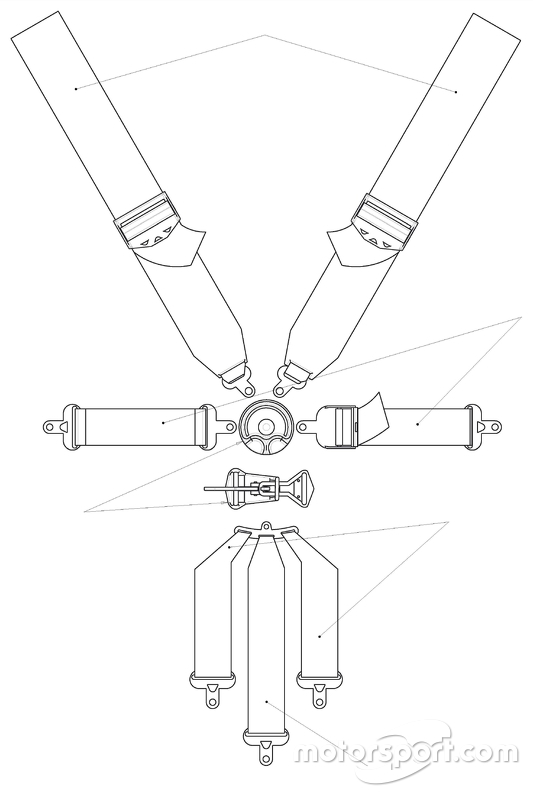 Despite Dillon’s wild ride, he credited NASCAR’s safety initiative with enabling him to walk away.

I feel like it was the safety that made it possible for me to be here today.

“I feel like it was the safety that made it possible for me to be here today,” Dillon said. “The safety, from the Dow foam in the car and everything, every little bit goes a long way.  I think for me, just what we've been able to do to look at a horrific crash like that and be able to develop from it, and we'll develop from this one just like we have in the past.”

As NASCAR continues to change the aerodynamics of the cars and teams continue to push the envelope when it comes to finding more speed, the sanctioning body cannot afford to become complacent in its development. O’Donnell says the staff at NASCAR’s Research and Development Center in Concord, N.C. is constantly working to keep one step ahead.

We know this is an inherently dangerous sport but the fans go there to be entertained.

“Our guys John Patalak (Director, Safety and Structure), Tom Gideon (Senior Director, Safety) back at the R&D Center, David Green (Managing Supervisor, Safety Inspection) that’s all they do is work on safety,” O’Donnell said. “They’re going to be pouring over that data, see what improvements we can make from the car. Two things you never want to see from our guys is how did it get in the air and how did it get in the fence. Both of those we need to work and we are doing that.”

O’Donnell added that NASCAR is working with the tracks and perhaps “a third party” on ways to keep debris from showering the race fans. After Dillon’s wreck, 13 fans were attended to with only one guest electing  seek further assistance at a local hospital.

“We know this is an inherently dangerous sport but the fans go there to be entertained,” O’Donnell said. “What can we do lead in this area and come up with some new technology that will benefit all of the sport especially the race tracks.”

Jared, the Subway guy, at Daytona Saturday, in trouble Tuesday

Dillon on bizarre NASCAR crash: "I don't know why it happened"