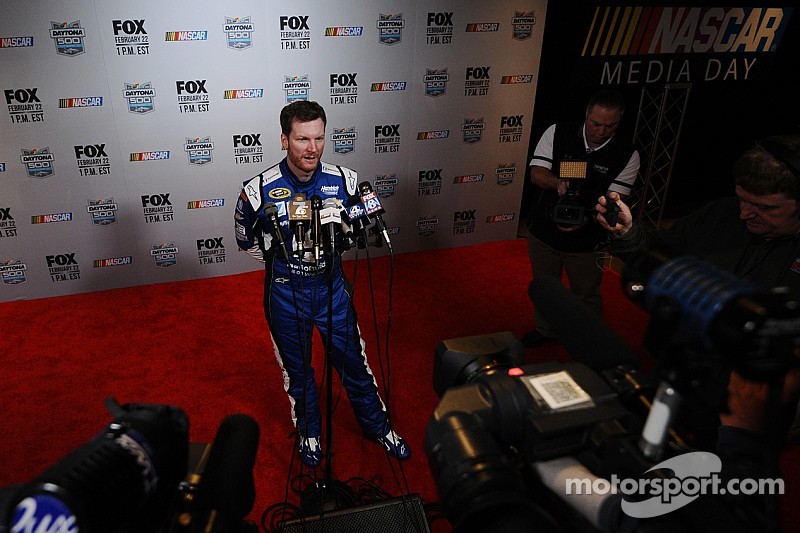 During Media Day at DIS, defending Daytona 500 Champion Dale Earnhardt Jr. spoke about what factors take a driver like Jeff Gordon out of the sport.

Gordon, 43, announced that this would be his final full season behind the wheel in a NASCAR Sprint Cup Series car earlier in the year bringing the end to one of the most storied drivers careers.

Earnhardt Jr., who became one of Gordon's teammates in 2008, looks back at his chance to drive alongside one of the sport's most successful driver, and one of his father's rivals.

"Circumstances have been awesome for me. I was excited to be able to work with Jeff and become his team mate," said Earnhardt Jr.

"I was excited to learn as much as I could from Jeff and Jimmie (Johnson) and I was excited about the challenge to become one of the guys. It's going to be fun to see how Jeff continues to keep himself involved and what kind of asset he can be to Hendrick Motorsporst going forward. He is sucha great influence on our performance now, how can he do that outside the seat?"

"I said a couple weeks ago, certain factors play into making that decision and I think his children play a big role in that even though they dont want him to stop, he wants to spend more time with them. They will certainly enjoy that whether they realize it or not," Earnhardt Jr. said.

"Maybe his back is more an issue that he lets on. I am sure any guy wont admit to how limited that might be making Jeff. I can understand him witholding all the truths there."