Emotional DiBenedetto "wanted to win so bad" at Bristol 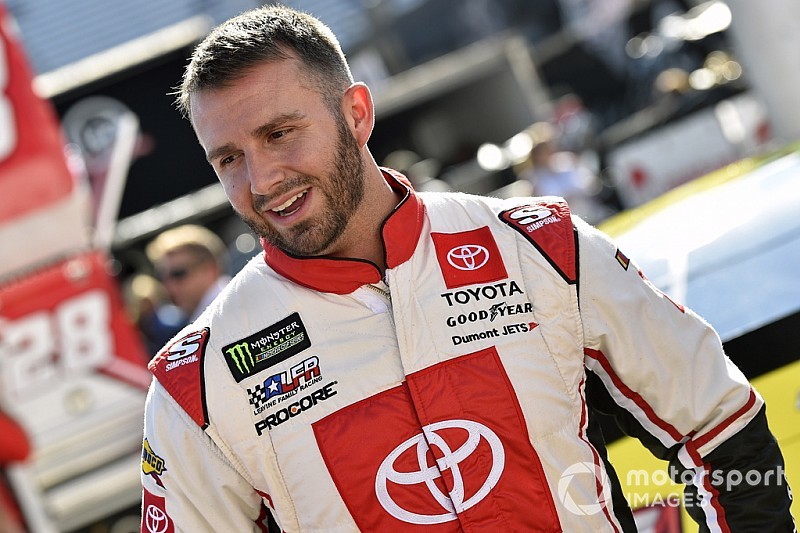 Matt DiBenedetto came just one position shy of a fairytale win at Bristol, losing out after a late-race battle with Denny Hamlin

The Leavine Family Racing driver found out earlier this week that he will be out of a ride at season's end.

After leading final practice and qualifying seventh on the grid, DiBenedetto appeared motivated entering the Bristol Night race. Well he showed just how driven he was during Saturday night's 500-lapper.

He was able to snatch the lead away from Erik Jones on Lap 396 and began to build up a margin. As he did that, Denny Hamlin was cutting a path towards the front after a loose wheel put him back in the pack.

DiBenedetto, who led a race-high 93 laps, finished a career-best second. Despite that, the result did little to console him after coming just half a second shy of a storybook first win.

"But, man, I'm sad. We got tight after the deal with (Ryan) Newman when he came up into us. All of a sudden it got really tight after that. Congrats to Denny. He raced hard. I've been a fan of his since I was a kid. To be racing door‑to‑door with him at Bristol, in front of a great group of fans ... I'll try not to get emotional, but it's been a tough week. I just want to stick around and keep doing this for a long time to come. I love it. I love the opportunity. I'm not done yet."

DiBenedetto has nothing lined up for the 2020 season yet, but he remains hopeful that this is not the end for him. He started racing at the Cup level full-time back in 2015 and is currently enjoying a career-best season with three top fives and five top-tens.

"Something will come open. It's going to happen. I'm here to win. Something's going to come open.  I'm proud of these guys.  Thankful for my wife and fans for sticking with me.  It's been a tough journey, a hard week. Cool for this team."