Does Hamlin have 'that perfect blend of experience and talent?' 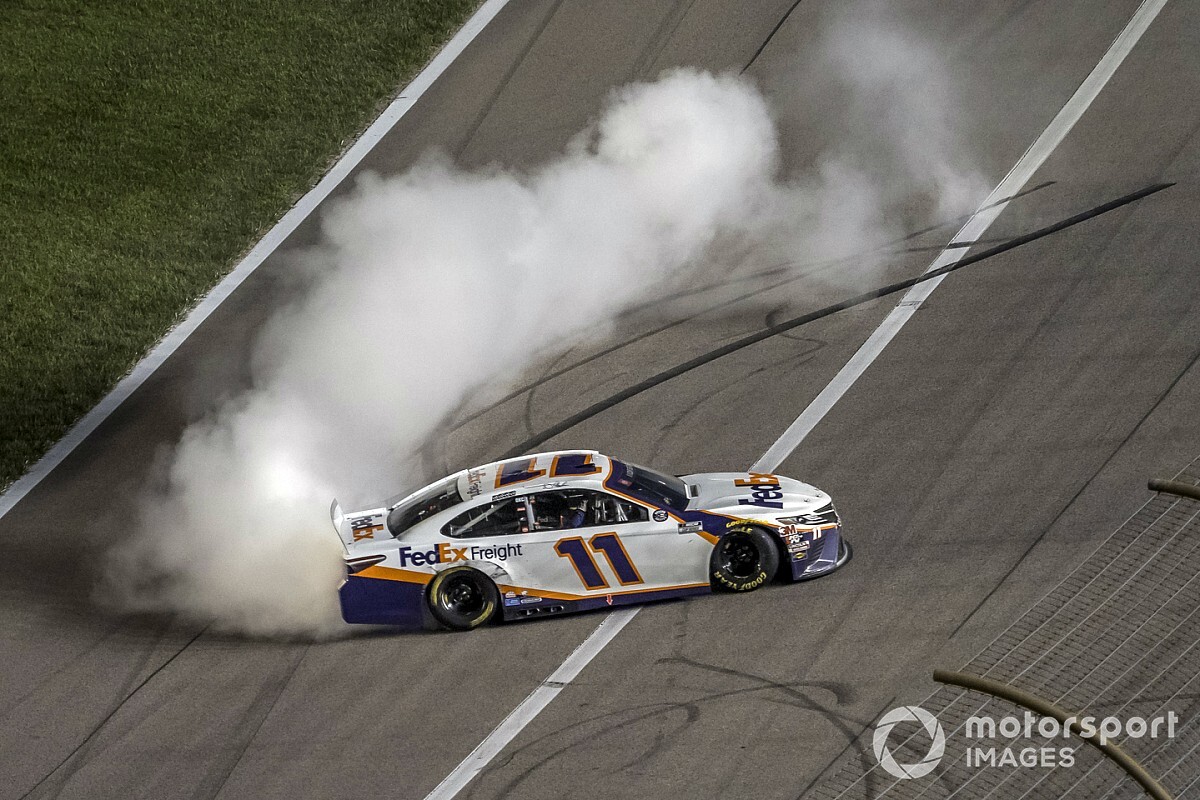 Denny Hamlin has always been a talented NASCAR driver, but it seems over the last two seasons he’s also become a better one.

Hamlin has won at least one race in all but one of his now 15 fulltime seasons in the Cup Series. He’s finished as high as second in the series standings and holds victories in some of the sport’s most high-profile events such as the Daytona 500, Southern 500 and the All-Star Race.

He owns 42 victories in the Cup series and 11 of them have come in the last year-and-a-half while working with new crew chief Chris Gabehart.

Hamlin advanced to the Cup Series championship race last season but came up short on claiming his first series title. He’s certainly on a pace this season that should send him into the final four once again.

What is it about Hamlin – a driver who has won on every type of track in the series in his career – that seems to be working so well most recently?

Gabehart has an answer.

“There are statistics that would suggest most drivers peak in their very late 30s, early 40s. I think you can look at many drivers, great drivers, over the years and say that’s when they were at their prime,” Gabehart said after Hamlin’s fifth win of the season Thursday night at Kansas.

“I think that’s because drivers meet that perfect blend of experience and talent. They still have the agility of a younger man, the reflexes still work at their peak, but they have an experience of someone who has traveled the circuit for years, experienced the highs and the lows.

“I think that perfect blend is where it comes from. Certainly, I’m looking to capitalize on it. Really just thankful to be involved in this part of Denny’s career. It’s a real honor.”

Leading the way for JGR

It’s not as if Hamlin is necessarily driving for the strongest, fastest team in NASCAR, either.

What stands out even more about his performance this season is how much more successful he has been then his three Joe Gibbs Racing teammates.

Hamlin has a series-leading five wins while his three teammates – Erik Jones, Martin Truex Jr. and reigning series champion Kyle Busch – have one win among them.

Part of what Hamlin has been able to accomplish this year is taking advantage of opportunities to grab wins in races where he doesn’t necessarily have the fastest car.

Such was the case in Thursday’s race at Kansas, where Hamlin’s advantage came during the final round of pit stops where he was the first car off pit road with four new tires.

He ended up in a late-race duel with Kevin Harvick, taking the lead with 13 laps left and holding off a fast-approaching Brad Keselowski.

Hamlin said the key has been putting himself in position to win at the end of races, regardless of what challenges he and his No. 11 Toyota team may face.

“Racing is a little different than other stick-and-ball sports. Even though your athletic ability may deteriorate a little bit, in racing I’m winning more with my mind now than I am with my talent,” Hamlin said. “I just feel like I have to be smarter.

“I have to really be strategic with my moves. I have to really put a lot of effort into thinking about putting myself in the right situation. Kansas was kind of one of those days where I knew I didn’t have the best car, but I had to just kind of out-fox some people in some certain places.”

Always a threat to win

Whether it be speed in his car, talent, experience or a mix of all three, Hamlin has found the formula to consistently put himself into contention.

“We can win every single week. I know my equipment is good enough to do it,” he said. “I still need to get better at some race tracks. But certainly, I think I go to the race track every week thinking that we can win.”

And this season, Hamlin and Gabehart are finding more and more ways to end up in Victory Lane.