Steve O'Donnell: New aero rules "in the best interest of the sport" 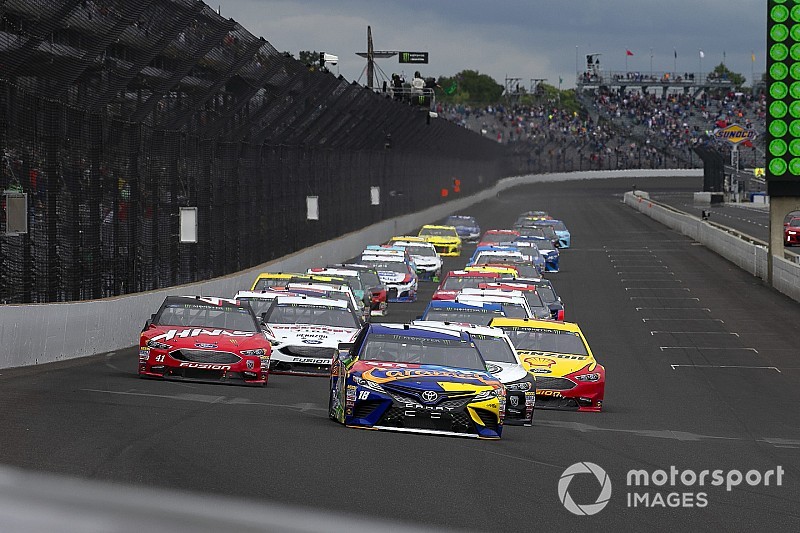 NASCAR said Tuesday its new 2019 rules package is not to promote “pack racing” but create better racing with changes that could encourage more manufacturer participation.

“Let me dispel the myth that NASCAR is interested in pack racing everywhere,” Steve O’Donnell, NASCAR’s executive vice president and chief racing redevelopment officer, said Tuesday. “That is not at all what this package is.

“The best drivers and the best teams are still going to win the race.”

The 2019 aero rules for the Monster Energy NASCAR Cup Series, as expected, are similar to what was run in this year’s All-Star Race, but with some significant changes.

There will be two primary packages used on tracks greater than a mile in length and their use will be tailored to specific tracks. Both involve using tapered spacers to reduce speeds.

A combination of a smaller tapered spacer to reduce engine horsepower to a target goal of 550 (about 150hp more than was used in this year’s All-Star Race) and front aero ducts will be used in 17 races.

Five other races will be run with the smaller taper spacer but with no aero ducts (both Poconos, Atlanta, Darlington and Homestead). Cars will use brake ducts to help cool the cars’ brakes.

At tracks less than 1.33 miles in length, cars will have 750 horsepower.

Tapered spacers will also replace the use of restrictor-plates at Daytona and Talladega following the 2019 Daytona 500.

NASCAR hopes the engine changes will prove more compatible to new manufacturers that may be interested in joining the sport.

Looking to the future

The changes are also in line with the development of the next generation of race car that will be used.

“If we said we wanted to develop a new car today based on what we’re running today, what we have today is not the direction where we want to be long-term,” O’Donnell said. “We’re actually going to be able to make some tweaks as we go and develop the next gen car.”

Several Cup drivers have expressed their displeasure over a reduction in horsepower as the rules package has been developed. Others point to a recent run of competitive events and question the need for change.

“Has the racing been good? Yes,” O’Donnell said. “But it’s our job to make it better.”