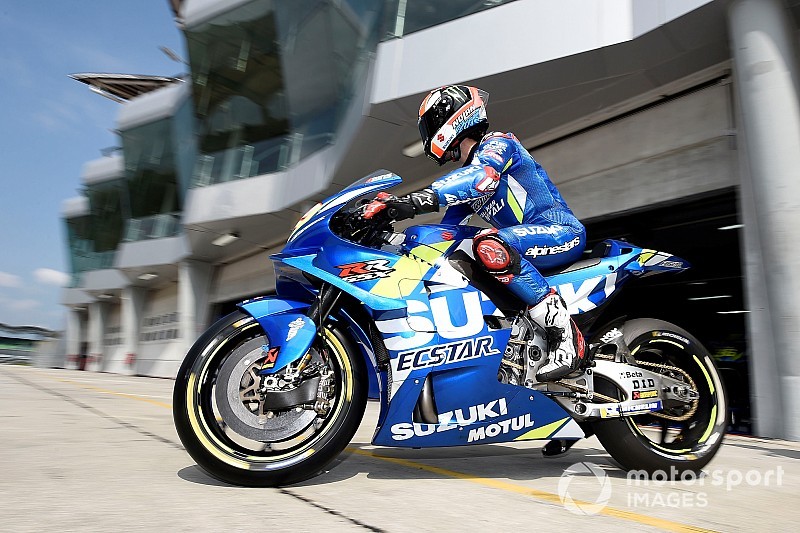 Suzuki says it will "soon" resume discussions aimed at securing a satellite MotoGP team for 2020.

Following on from the formation of a separate company to oversee Suzuki's various racing activities, team manager Davide Brivio revealed dialogue with the factory's Hamamatsu headquarters about putting more GSX-RR bikes on the grid next year is due to start shortly.

"In our case everything has to be accepted from Japan, so soon we will begin to discuss the possibility of the satellite equipment and we will see if we can achieve it," Brivio told Motorsport.com.

"Obviously we would like to have two more bikes to double the amount of data.

"It will be the president of Suzuki Racing Company [who will be appointed shortly] who will have to convince Suzuki Motor Corporation of the usefulness of forming a satellite team."

Suzuki came close to securing the Marc VDS team as a satellite operation last year, but the deal fell apart as the Belgian squad was plunged into crisis mid-year and ultimately dropped off the MotoGP grid entirely.

Most of the premier class's remaining independent teams have close links to other manufacturers, with Petronas SRT and Tech 3 having just begun three-year deals with Yamaha and KTM respectively. LCR and Pramac meanwhile both run riders that have direct links to their respective factories, Honda and Ducati.

That leaves the Avintia team, which currently runs year-old Ducatis, as the only real candidate for a 2020 Suzuki deal.

Suzuki enjoyed an encouraging first test of the pre-season in Sepang, with Alex Rins emerging as one of the fastest riders on long-run pace along with Yamaha's Maverick Vinales.

Brivio also said he is satisfied with the way Rins has stepped up to lead the development of the GSX-RR following the departure of the more experienced Andrea Iannone to Aprilia.

"As is logical, Alex is taking most of the development of the bike, but that's something he has been doing since last year," Brivio said.

"[Last year] there was Iannone and him, and both chose their paths and followed those different lines throughout the season. We are happy with his work, the bike grew a lot in 2018 thanks to him."

While Rins shone in Sepang, rookie teammate Joan Mir was to be found towards the bottom of the timesheets over the three days.

"The Sepang test was the hard for Joan, because in those three days they had to try a lot of things, both development and set-up, and he has just got to MotoGP," added Brivio.

"In the three days in Qatar [starting on Saturday] we will continue with the tests, but once we are there we will be thinking about the first race." 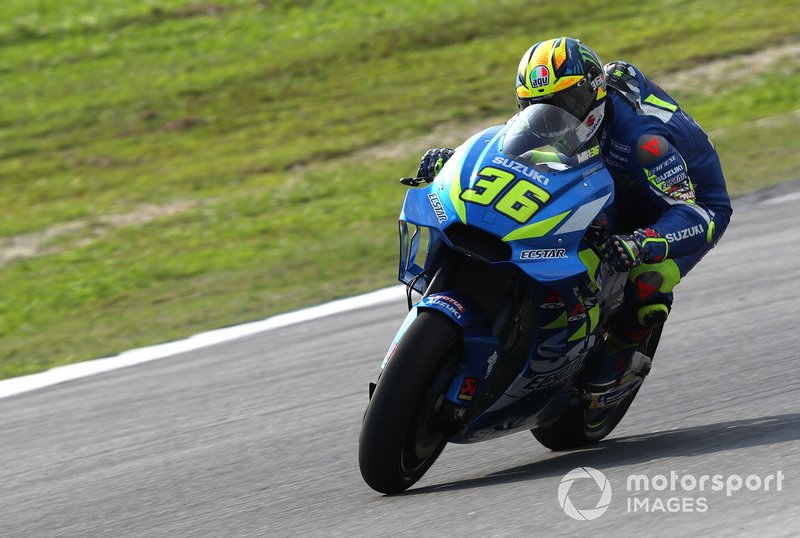