Mir claims he ‘cares less’ about title than rivals

New points leader Joan Mir says he cares less about the MotoGP title currently than other riders and won’t change his race-by-race approach after finishing third in the Aragon Grand Prix. 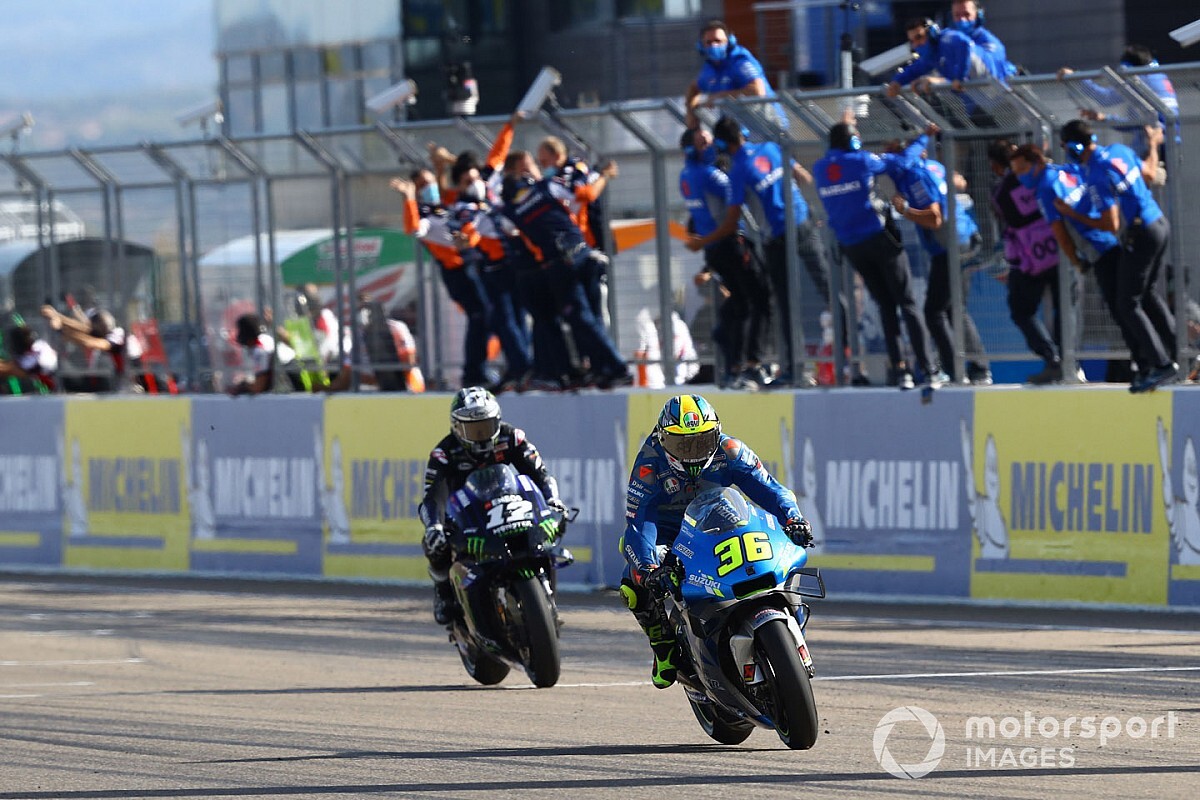 The Suzuki rider leads the championship for the first time in 2020 by six points after finishing his podium finish at Aragon, while erstwhile standings leader Fabio Quartararo plummeted to 18th owing to a front tyre issue.

He admits “every race I care more” about the title, but his main priority remains securing his debut MotoGP race victory.

“It’s true that we are showing serious consistency,” Mir said when asked by Motorsport.com if he now sees himself as the strongest title challenger. “It’s probably the most difficult part in this championship to always be on the podium, even with some problems. It’s easier I think when the bikes goes perfectly... it’s not easy, but it’s more easy when the bike and everything comes your way to make a win.

“But the important thing is when you struggle to get good results to get podiums, and this is why I’m the leader at the moment. This was the key in all the races. And, also the way I’m approaching the championship. I go race by race, I don’t care a lot about the championship.

“Every race I care more, but I don’t care as probably other riders, they want more the title. I want the title as [much as] them, but I know that what I’m looking for is the victory. So, I will not change the way to approach the races, I will continue like that.

“I will try to get the victory and then if I have enough points advantage or not, I will start to think about the championship.”

Expanding on this, Mir says he will be able to defend his points lead in the coming races, but believes it would be a big mistake to solely focus on that.

“I think we at the moment are the most [consistent] rider, so honestly we can be able to defend this lead that we have,” he added. “But the reality is now I will not go to the next race only to defend the title.

“It will be a big mistake. I just will go race by race, try to win races, try to make podiums and in the last two races I will look where we are and we will start to make some plans.”

Dovizioso: Suzuki will be “very hard to fight” in MotoGP title race