The Honda MotoGP team is confident that the chain issues that have affected Marc Marquez and Jorge Lorenzo in the last two rounds have now been resolved.

Marquez was first to suffer as his chain came loose in fourth practice at Termas de Rio Hondo immediately before qualifying, although this did not stop the reigning champion from going on to qualify on pole and then dominate the Argentina race.

Two weeks later in Austin, Lorenzo suffered a similar issue, but this time it occurred at the start of second qualifying - forcing the Spaniard to park up, run the length of the pitlane and switch to his spare bike. He went on to qualify 11th.

Sources have confirmed to Motorsport.com that the root of the problem that caused the chain to come off every time the bike was on the kerb as the rider changed gears has been isolated, and that it will be fixed for the fourth race of the season this weekend at Jerez.

Even though Honda prefers not to go into details - all the signs indicate that the part replaced is the chain tensioner - it is convinced that the problem will not be repeated.

Following the Austin race, Honda shipped the four factory RC213Vs used by Marquez and Lorenzo to its Japanese headquarters to establish what it was that caused Lorenzo's engine to cut out and forced him to retire.

Takaaki Nakagami was Honda's sole finisher at the Circuit of the Americas, with Marquez and Cal Crutchlow both crashing out. It trails Ducati by six points in the constructors' championship heading to Jerez as a result. 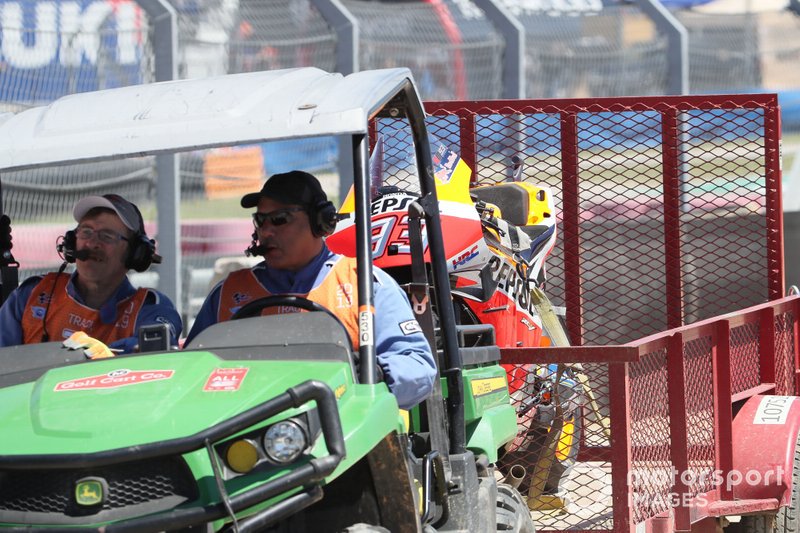