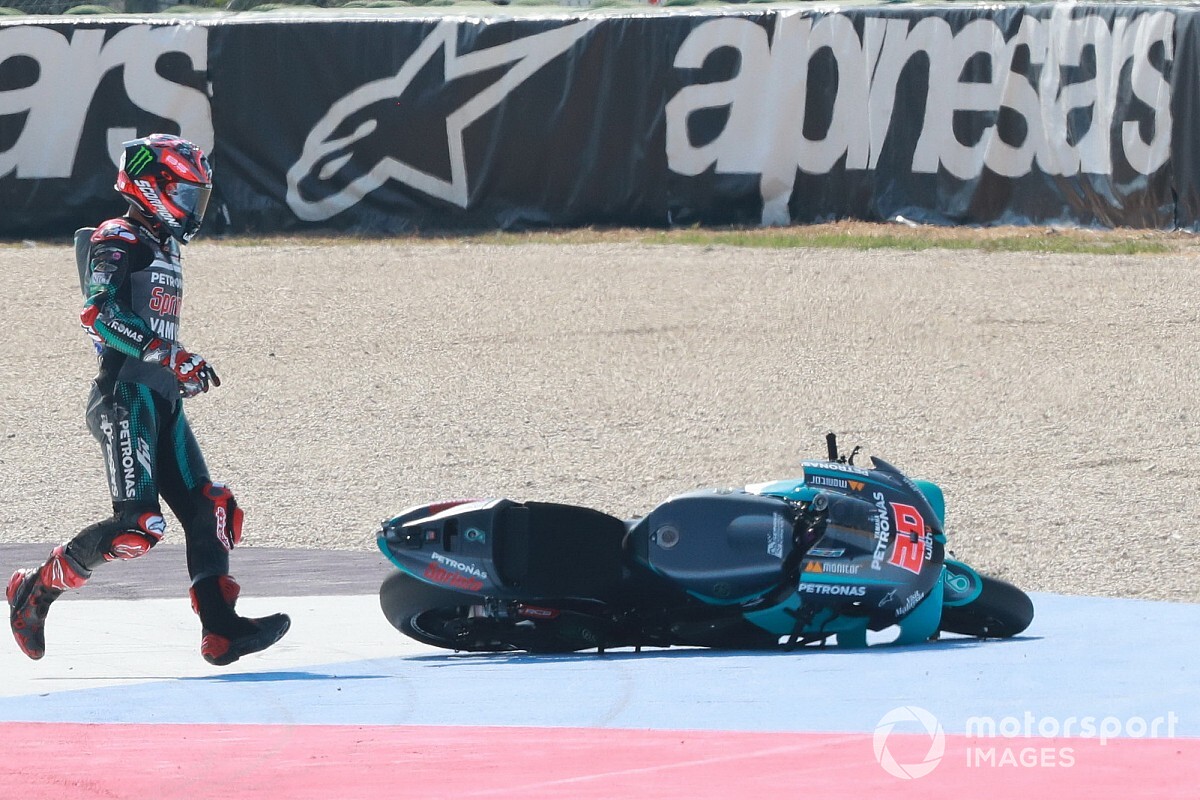 Fabio Quartararo says his first crash in the MotoGP San Marino Grand Prix was a result of him pushing “like it was the last lap” to catch Jack Miller, and recorded his first non-finish of the season following a second fall.

The Petronas SRT rider dropped from third to fifth at the start and got stuck behind factory Yamaha counterpart Maverick Vinales for the first six laps.

Quartararo admits he got “too excited” following Vinales, as he knew he had better pace, and when he cleared him at the end of lap seven he tried to go after the third-placed Pramac Ducati of Miller. But his front tyre had overheated following Vinales and he crashed at the Rio right-hander at Turn 4.

Rejoining in 20th, he would crash out again late on owing to a cold front tyre after a brief visit to the pits to have a suspected engine issue checked – though no problem was detected, and the loss of power he felt was a result of the traction control and anti-wheelie settings.

“In the moment I overtook Maverick, I say ‘OK, I need to push to catch Jack’,” Quartararo explained. “But unfortunately, I pushed like it was the last lap, and there were 19 laps remaining.

“So, it’s a mistake that I did by myself. Of course, [running] behind Maverick the tyre overheated and the pressure went up a little bit.”

As a result of his DNF, Quartararo lost the championship lead for the first time in 2020 to seventh-placed Andrea Dovizioso. Having looked set to fight for victory throughout practice, and with SRT team-mate Franco Morbidelli dominating the race, Quartararo says he will not change his approach to simply bag points in the championship.

When asked by Motorsport.com if he will settle for results in future, he replied: “No, honestly next race I want to fight again for the win. Today I think I got too excited, because when I was behind Maverick I was too easy, let’s say. I was riding, but I said ‘I can ride half a second faster’.

“And this sort of moment is frustrating because you can’t overtake him and you are blocked. As soon as I overtook him, I say I’m free to open my throttle and brake late. Unfortunately, the front tyre was overheated, the pressure was high, but more mistakes from myself.” 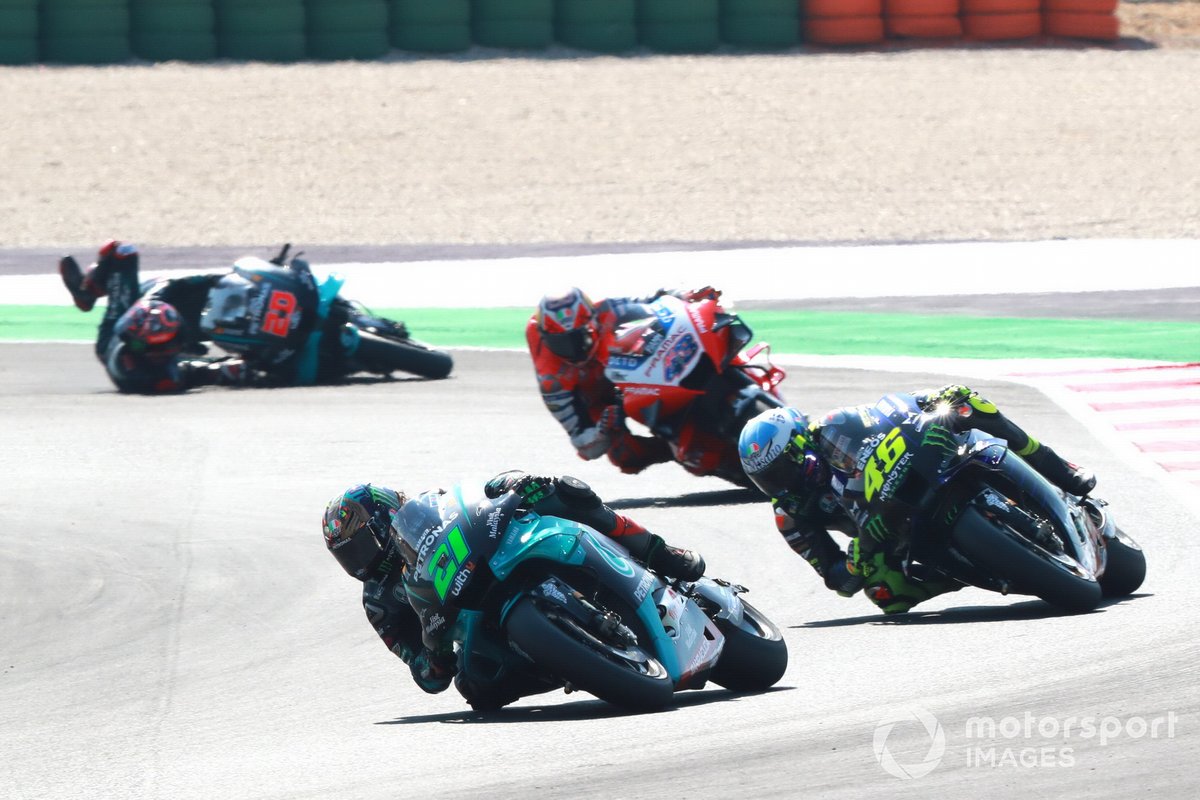 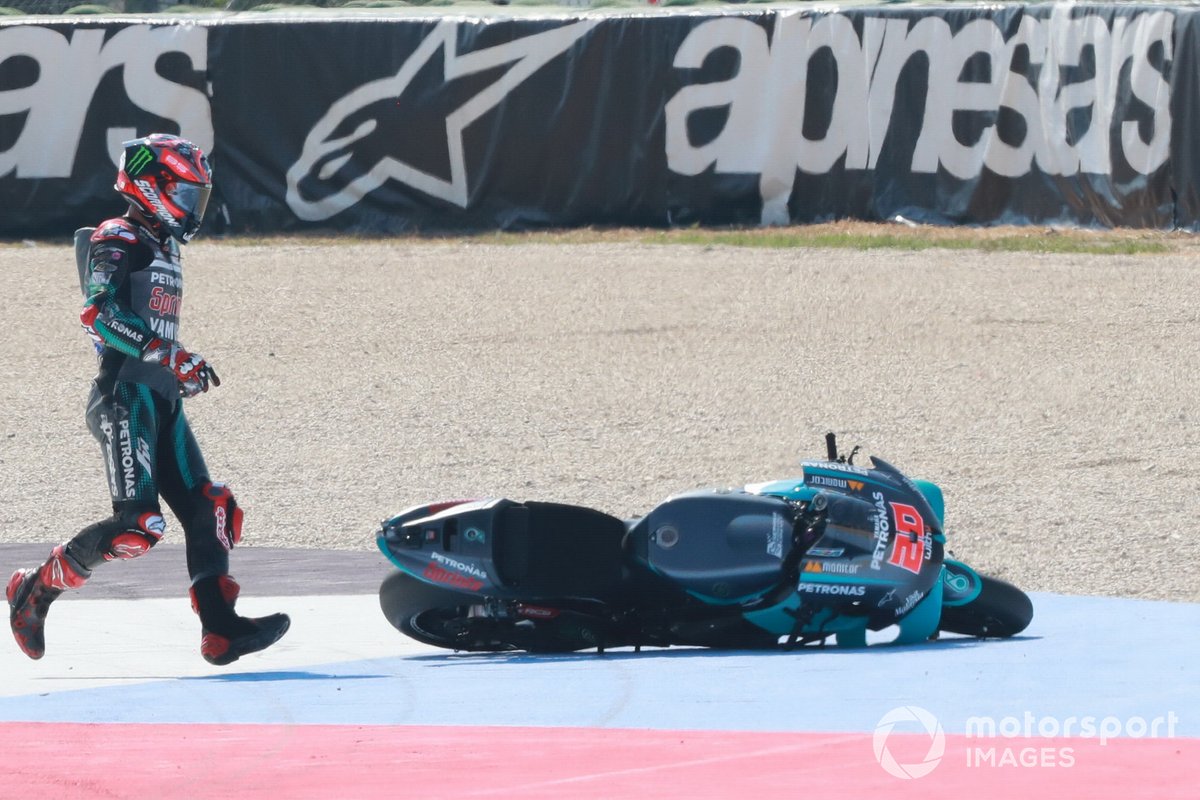 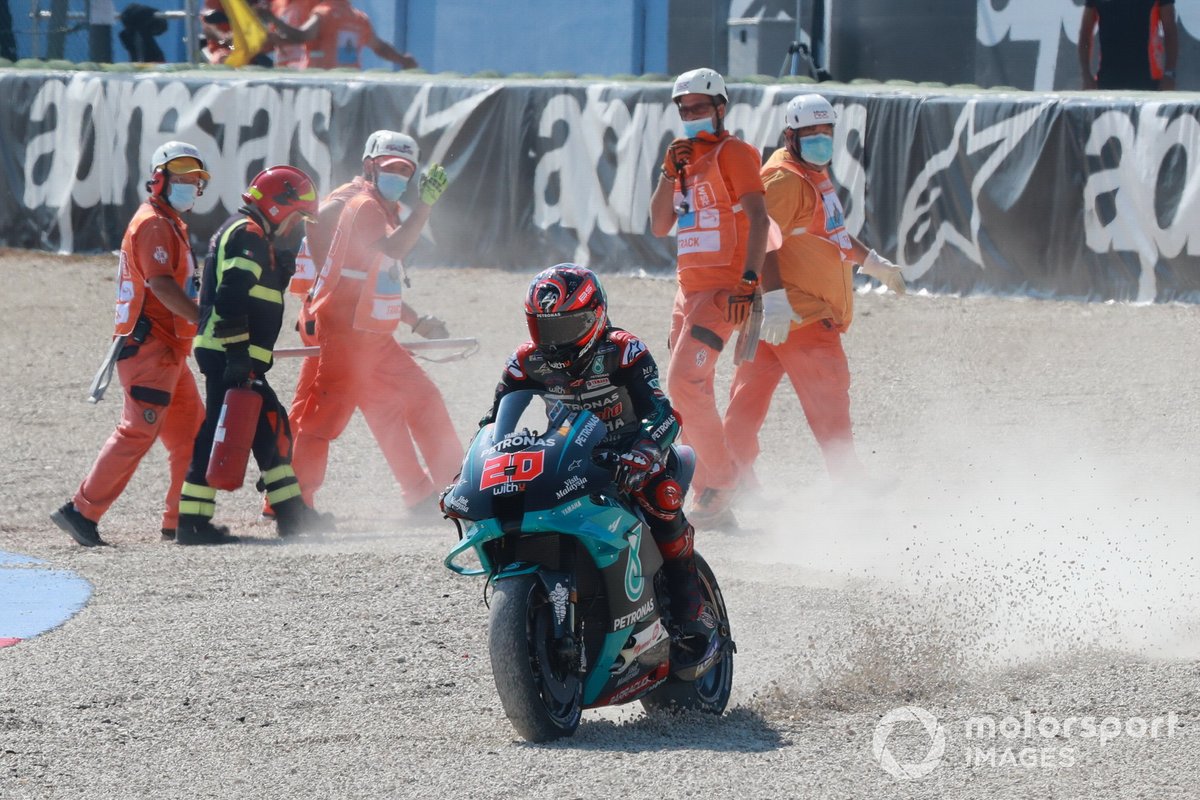 Quartararo says he will watch the race back to learn from his errors, but he denied that the pressure of being championship leader got to him as he doesn’t care about winning the title in his second season.

“Honestly, many people think I have pressure because I’m leading the championship,” he added. “But I can tell you that I really don’t care that I was first. The main goal when I arrived here was that I wanted to be fast and have the possibility to fight for the victory.

Vinales: I was just a “cone on the track” in Misano race