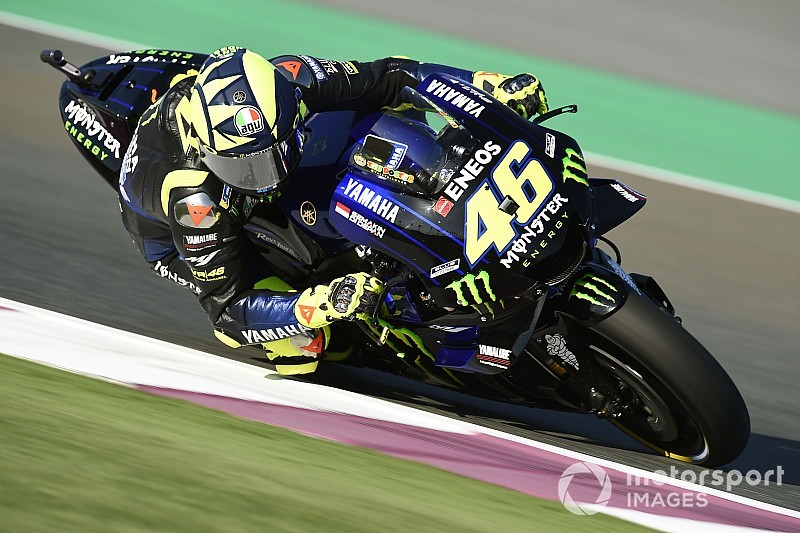 Reigning champion Marquez led the majority of the 45-minute daylight session after establishing an early benchmark of 1m55.164s, which stood until the closing moments.

In his first official practice session as a Repsol Honda rider, Lorenzo managed to beat Marquez with a 1m55.217s to briefly go top of the order with two minutes left on the clock.

Ducati's Andrea Dovizioso was fourth-fastest, just 0.169s shy of compatriot Rossi, while his new teammate Danilo Petrucci was exactly half a tenth slower in fifth.

Maverick Vinales ended up sixth-fastest on the second of the Yamahas, 0.276s slower than teammate Rossi.

Fabio Quartararo (Petronas) was the best of the rookies in 11th, less than half a second off the pace.

Pol Espargaro led KTM's efforts in 12th, a place ahead of elder brother Aleix on the Aprilia and seven slots ahead of teammate Johann Zarco in 19th.

Cal Crutchlow (LCR) was the 17th and final rider to lap within a second of Rossi.

Tech 3 KTM rider Hafizh Syahrin became the first crasher of the 2019 campaign early in the session, and ended up 22nd, ahead of only Aprilia test rider Bradley Smith.