Podium in wet race "doesn't mean that much" – Marquez 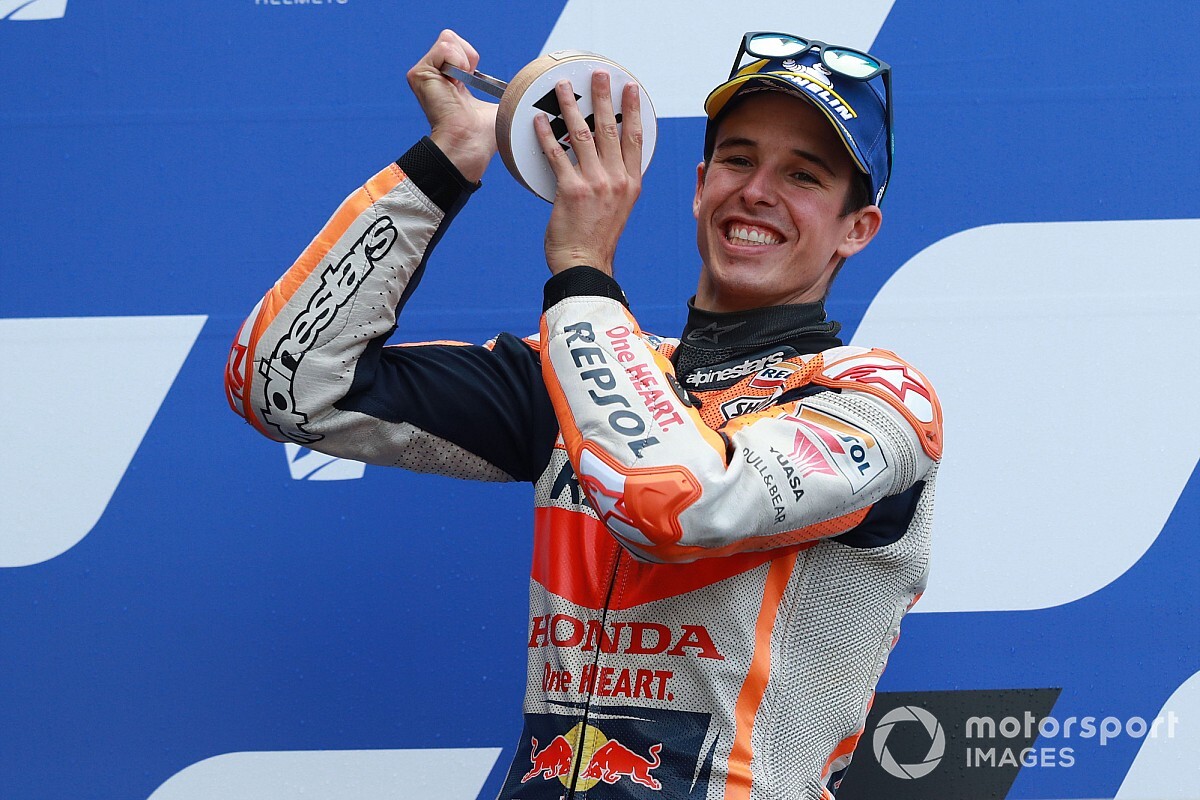 Alex Marquez admits his maiden MotoGP podium at the French Grand Prix “doesn’t mean that much” as it came in wet conditions, but concedes Honda “really needed it”.

The rookie came through from 18th on the grid to finish second in a dramatic Le Mans race run in wet conditions, marking his first in the premier class as well as Honda’s first one in a difficult 2020 season.

Marquez has had little wet weather experience on a MotoGP bike, with Friday’s FP1 session and a brief stint on the final day of last November’s Jerez test the extent of his knowledge of the conditions.

While other wet weather novices in poleman Fabio Quartararo and his title rival Joan Mir struggled to crack the top 10, Marquez looked at ease in the conditions.

Despite the result, he admits he doesn’t feel “vindicated” by it and says his second-place result in Malaysia last year which netted him the Moto2 world title felt greater.

“I don't feel vindicated, a podium in water doesn't mean that much,” Marquez told DAZN. “But it makes you continue to believe. I made the jump to MotoGP at the right time and we are doing things well.”

“But, I’m really happy also for this podium, but now we need to repeat in dry. This is the key to being fast and to being in the MotoGP class. So, we are coming step by step, but we need to put it all together.

“We need to improve the qualifying, coming from 18th is so difficult. But so happy for the team who needed it quite a lot.”

Marquez says he “always believed” reaching the podium was possible for him and knew he could go well in the wet based on his brother Marc Marquez’s form in the wet in recent years.

"I have always believed that the podium was possible and more seeing how the year is, I knew that you had to take advantage of opportunities and more like today,” he said.

“I knew that the motorcycle in water behaves well, I have seen it in many Marc [wet] races and we had to do the rest.”

Marquez ended up 1.2 seconds back from race winner Danilo Petrucci in the end and feels the “key” to not being able to put him under pressure came when he tried to overtake the sister Ducati of Andrea Dovizioso.

“I was behind Cal [Crutchlow], which cost me some seconds trying to overtake him, I saw that the Ducatis started playing a little bit and I could see the gap was reducing lap by lap,” he said.

“So, I say ‘why not? I will try to do my best’. Then I tried to overtake Pol [Espargaro], but he was fast also.

“I think they key was I lose a little bit of time trying to overtake Dovi. Petrux was a little bit too far, I say ‘ok, three laps to the end, take it easy Alex, don’t crash now because everything will disappear’.

“If you crash in the end, nobody will remember anything from the race.”

Battle for ninth with Mir "like fight for victory" - Quartararo