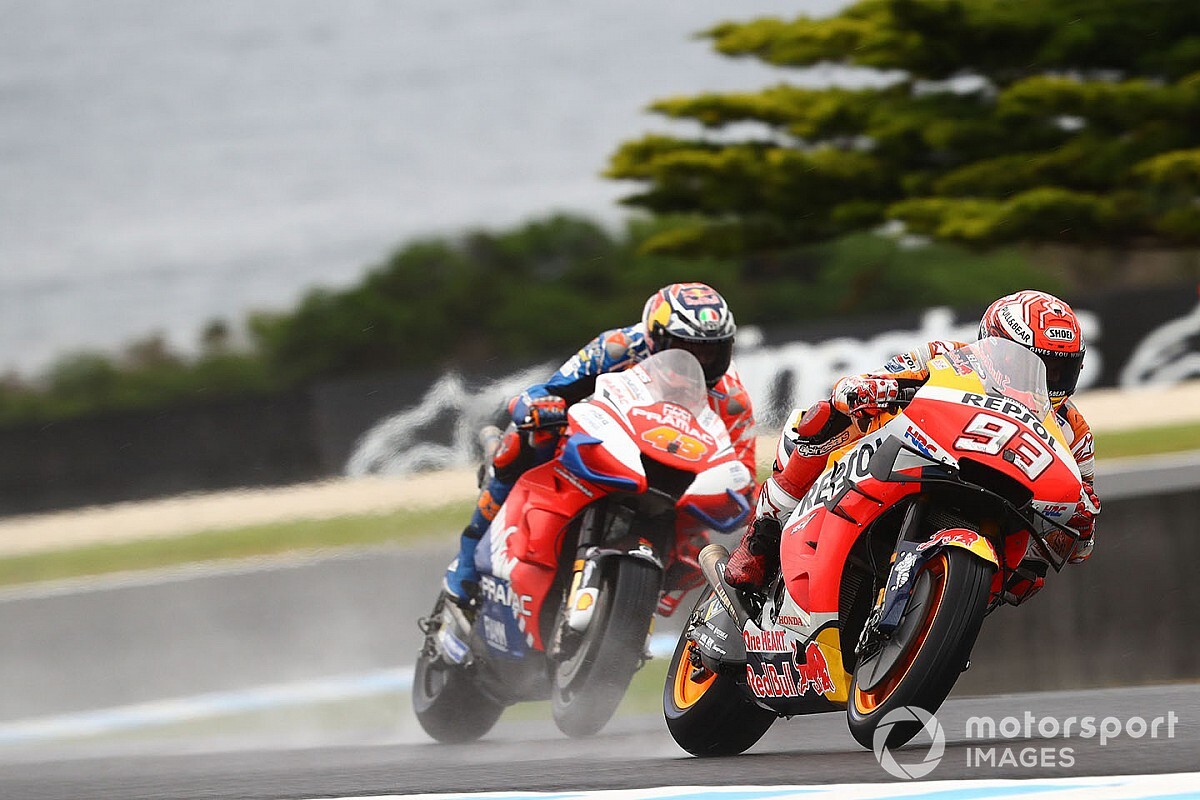 Jack Miller says he is "stoked" that Ducati chose him as its "young guy" to take the fight to MotoGP's dominant force Marc Marquez in seasons to come.

Miller, 25, was named as a 2021 factory Ducati rider on Wednesday, securing a promotion from the satellite Pramac squad where he scored five podium finishes last year.

He is the first rider to be signed by the Borgo Panigale marque, whose negotiations with Andrea Dovizioso have stalled over financial disagreements, although it appears unlikely that Dovizioso's current teammate Danilo Petrucci will be retained beyond this year.

Miller said he felt a generational shift had been taking place in recent years with Yamaha signing Maverick Vinales and Fabio Quartararo and Suzuki placing its faith in Alex Rins and Joan Mir - and that he is delighted that Ducati has shown its confidence in his abilities.

"I remember thinking last year that I felt the rider market in MotoGP was in for a bit of a shake-up in the short-term because of the way Marc has been on top most of the time since he's been in," the Australian rider wrote in a piece on his official website.

"He's only a couple of years older than me, but at first it was the older guys like Valentino [Rossi], Jorge [Lorenzo] and Dani [Pedrosa] who were his main opponents.

"But things have changed. Yamaha have Maverick who is my age, Suzuki have Alex and Joan, and I was hoping Ducati would see me as their young guy who has been around for a while but is still pretty young to get into that conversation. Marc is the benchmark, so the main goal for all of the other factories is to get somewhere close to him.

"I'm stoked that Ducati see me as their guy in that age range to try to fight amongst ourselves and hopefully with Marc in years to come."

Miller made the switch from the Honda camp to Ducati in 2018, starting off on Pramac's year-old Desmosedici GP17 before progressing to the up-to-date GP19 last year.

The Australian said his two seasons riding for the satellite outfit had allowed him to learn "a lot about myself as a person, as a rider, about everything to do with the sport."

He added: "They've helped me to become a more complete rider and person and I've loved the time they've spent investing in me, it's made me hungrier than ever to keep getting better and making the most of that.

"The Pramac guys have been so close to the factory team that I've learned how factory riders are supposed to be, supposed to work.

"It's had a big effect on the way I approach my racing, and there's a methodical way of working that I had to learn, but it's one where you can have a lot more impact on the way the team and bike works. More responsibility, basically. I've really enjoyed that."