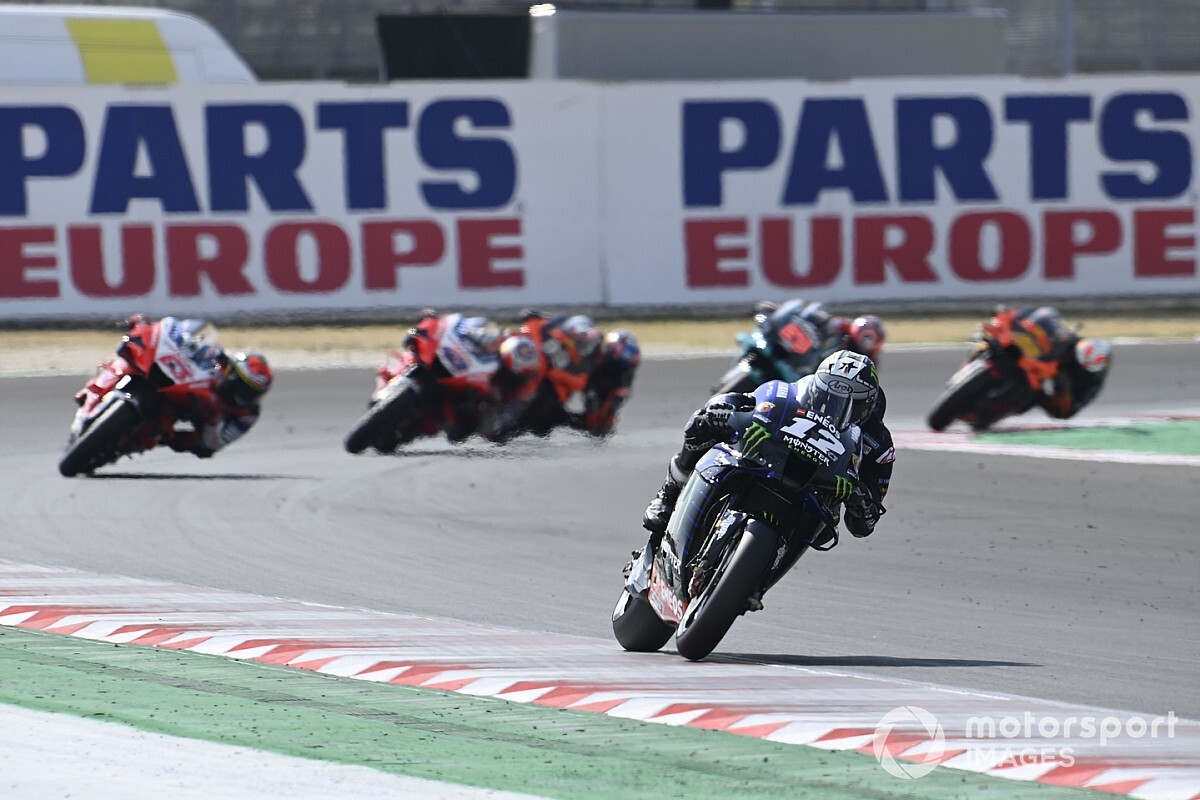 Maverick Vinales says he was “happy to struggle” in Friday practice for MotoGP’s Emilia Romagna Grand Prix as it led to the change in approach ahead of Sunday’s win.

After fading dramatically after setting a record pole time in last weekend’s San Marino GP, Vinales found on Friday for the second Misano race that none of the improvements he made in the test on Tuesday had carried over.

As a result, he switched his focus to working more on improving his feeling with the front of his Yamaha in a race situation. Leading from pole in the opening lap, he maintained a comfortable second when Pramac’s Francesco Bagnaia overtook him on lap six, before a crash for the Ducati rider late on released Vinales to score his first win of 2020.

“Friday, I felt really bad, honestly,” said Vinales. “But somehow that situation gave us the opportunity to improve and to take us to the reality when the bike is on race setting. I was happy to be struggling on Friday because we improved a lot for Saturday and for Sunday, and I’m happy with the work the team is doing.

“Anyway, we need to keep the feet on the ground and understand we still need to improve more and more every race. But I’m very happy to be back on top.”

When asked by Motorsport.com where the improvements with the bike came, Vinales said: “We changed a lot the balance of the bike and I felt straight away much better under braking. I could take out all the potential we have on the bike for braking and corner speed. So, I increased the front confidence and I felt very good.

“I was very happy about [qualifying] yesterday because we did an exceptional lap, and today I can keep very consistent on the rhythm and especially at the start of the race I pushed quite hard to break the group and this is what remains in my head and makes me very happy.”

Vinales’ San Marino GP pace woes have been a recurring theme for him since he joined Yamaha, with a lack of grip on a full tank dropping him down the order early in races. He feels his Emilia Romagna race is proof to his doubters that his true pace has always been masked by the bike.

“It was good, especially because many people were doubting me a lot on Sunday,” he added. “Most of the people think it’s my mentality, but my mentality is exactly the same as the other weekends. I have that winning mentality and honestly, I didn’t find the confidence in the bike to push from the beginning.”

Vinales is now just one point off championship leader Andrea Dovizioso, but admits his primary focus is on improving the Yamaha for 2021 and not the title.

He added: “I don’t think too much about the championship, I think about enjoying myself, to enjoy myself on the bike and to push the bike at the maximum.

“We need to prepare the bike really well for next year and this year every race we are learning something, because it is very important to be attentive and to learn for the next races.”