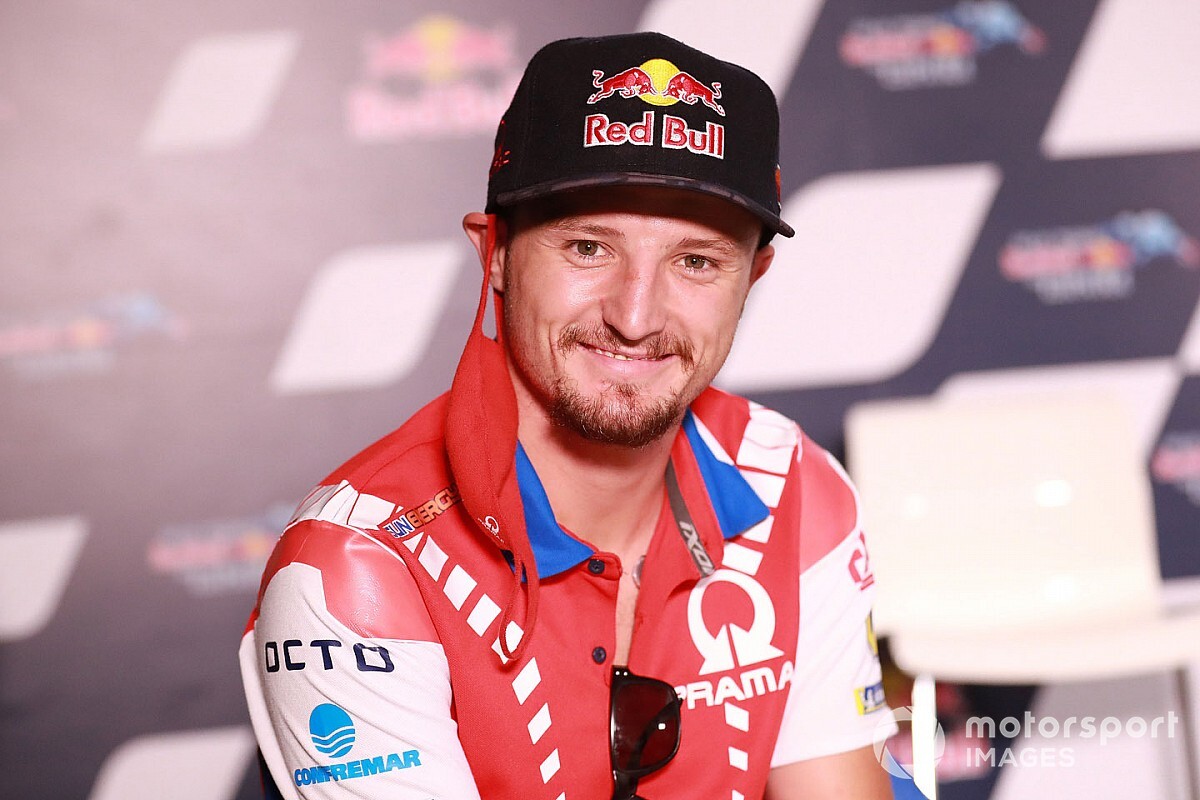 Jack Miller says claims that a MotoGP title win against an injured Marc Marquez would be illegitimate are a “complete crock” as all riders “have the opportunity to get injured”.

Reigning world champion Marquez broke his right arm in a heavy crash in last weekend’s Spanish Grand Prix and was set to miss this weekend’s Andalusian GP at Jerez following surgery on Tuesday.

However, he has been declared fit after confirming his intentions to make a sensational return.

In the immediate aftermath of Marquez’s incident, Honda team boss Alberto Puig courted controversy when he said a rider benefitting from Marquez’s injury to win the title couldn’t be “completely satisfied”.

Puig has since insisted his comments were taken out of turn, and said they came from his own experiences of winning the 1995 Spanish GP at Jerez after reigning champion Mick Doohan crashed out.

“Obviously, whoever wins the championship will be the just winner and deserve it,” Puig said on Thursday.

“But my opinion, and I know what I am talking about, is that when you win but the champion is not on the track you always have something left inside.

“I will set my example: I won a race here in 1995, and I've always wondered if I would have won it if Mick Doohan hadn't fallen.

“The same would not have happened. That is what I meant. Because the champion, without Marc, will always have that in his head.”

When asked about Puig’s original quotes, however, Miller felt the opinion was not “valid”.

“I’ve heard two people say now two questions about the validity of the championship, and it’s a complete crock,” he said.

“We all started on Friday or Wednesday 100% fit. One guy gets injured, doesn’t matter. “We all get injured. I mean they keep bringing it up, that’s not valid.

“We all have the opportunity to get injured and it’s the risk you take.”

Motorsport.com asked the current top three in the standings – Fabio Quartararo, Maverick Vinales and Andrea Dovizioso – for their takes on the claims, but they steered clear.

Dovizioso said: “This championship is a bit different and the rules are the same for everybody.

“We have to try to win in 12 races. Marc, it looks like he will be on track, so nothing changes.”