When MotoGP hosts its first race on Indonesia’s brand-new Mandalika Street Circuit next year, there will be only one full-time home rider for the fans to cheer: Mario Suryo Aji.

After graduating from the Asia Talent Cup, Mario made the move to racing in Europe to tackle both the CEV Moto3 series and the Red Bull Rookies Cup in 2019. After three seasons of racing in both series, the 17-year-old is about to embark on his first season in the MotoGP paddock as he joins Honda Team Asia for a full campaign in Moto3.

Mario had a taste of what to expect from his first season in the world championship earlier this year in Misano, where he made his Moto3 debut as a wildcard, and he was due to make a second appearance at Portimao only to be ruled out following a training injury.

While a number of Indonesian riders have participated in Moto2 and Moto3 in recent seasons, none of them have been able to get the results needed against such tough opposition to really establish themselves as genuine MotoGP prospects.

Mario will be hoping to buck that trend as he chases his dream of becoming the first Indonesian rider in the premier class in the years to come and earn the chance to race against his idol Marc Marquez. In this Q&A, we get his thoughts on the season to come. 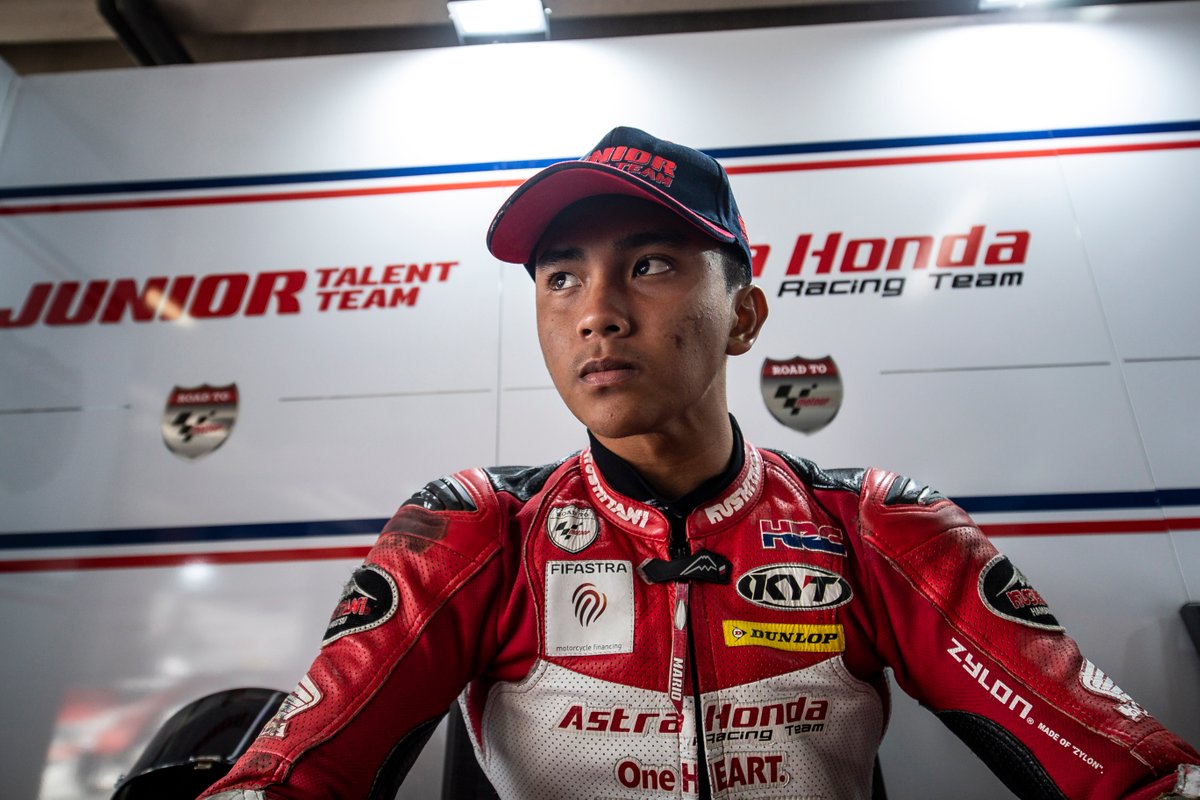 What do you expect from your step up to Moto3 full-time for the 2022 season?

"I’m quite excited for my first season in Moto3. It’s one of my dreams coming true, so I can’t wait to get started. I have the experience of one grand prix [at Misano], but all the riders are so fast, so I think I need to adapt faster from the beginning. It was a shame that my debut was in mixed conditions, which made it very hard to adapt. But for the future I think I need to learn to adapt quickly in any situation.

"After three seasons in CEV Moto3 I feel ready to step up to Moto3, I know all of the European tracks and the bikes are pretty similar. It will be difficult, but I’m optimistic that I can be there."

Do you have any specific targets for your first season?

"The first thing for me is to learn the tracks and my rivals, and making as much progress as I can in the races. And if I can make progress, the results will come."

When you first moved to racing in Europe in 2019, what was the hardest thing?

"All the European riders are so quick and they know the tracks… and the bikes are so fast. It was the first time I tried a real prototype bike as well. I was really surprised but I enjoyed it a lot. At first it was really difficult for me but then I was able to progress in every race, and I finished fourth on my debut [in CEV Moto3 at Estoril]. I also scored a front row in Jerez which was nice. But it was super hard to follow them." 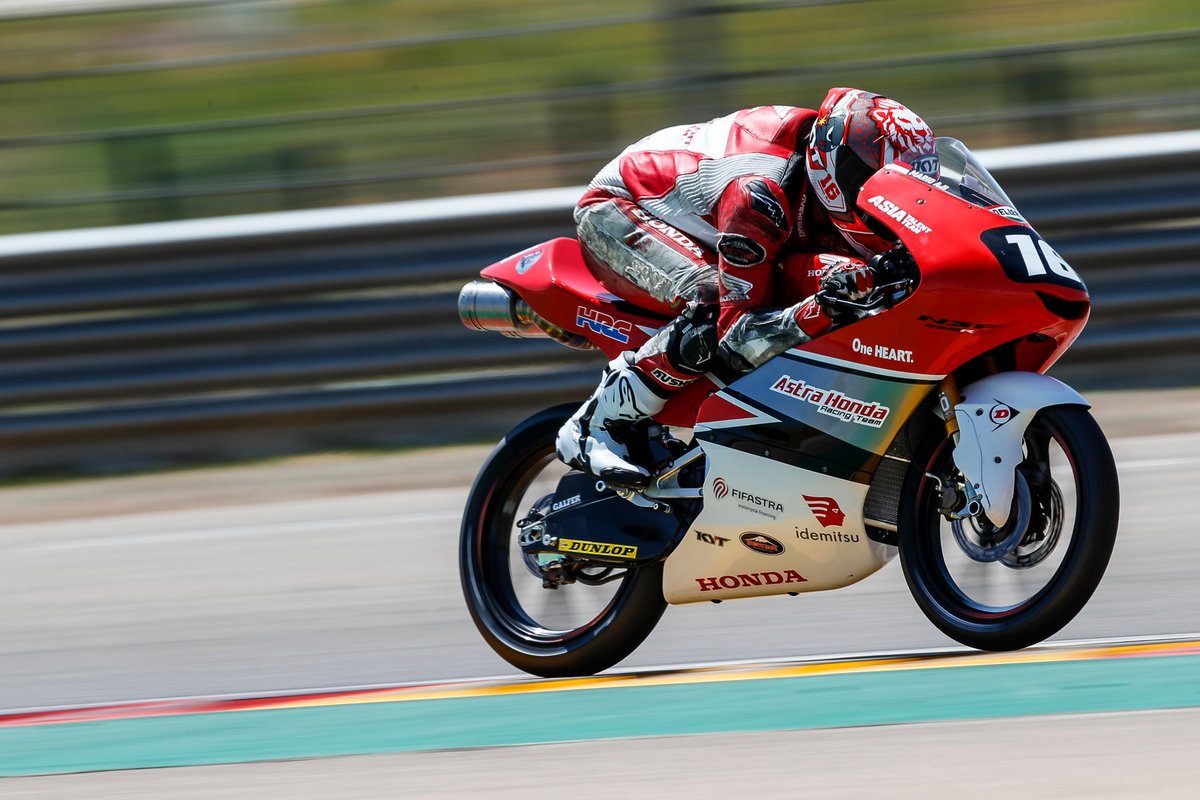 What’s your impression of your teammate at Honda Team Asia, Taiyo Furusato?

"I am happy he is on the team, as he was very impressive in Red Bull Rookies Cup. We are more or less the same age and we don’t want to lose to each other! But I am optimistic I can learn from him and we can make a good season together. Our target is to increase the level of the team, so I am sure we can do that."

You’ve been based in Europe these past few seasons and COVID-19 has made it hard to travel. Do you miss anything about living in Indonesia?

"I’ve not had much chance to visit Indonesia - all this year I spent my time in Europe, from March until the end of the season I was based in Barcelona in Spain. I am staying with my teammates, who are from Thailand and Japan, so at least I have people to talk to from other countries, and we train together, which is fun. But not from Indonesia.

"Of course I miss my home and my family, it’s one of the hardest things. But I have no choice but to stay in Europe if I want to achieve my dreams. It’s hard but I believe one day it will pay off."

Is it strange living with people who you also battle with on track?

"In the beginning, yes, but you get used to it. Now it doesn’t feel strange, it’s just normal." 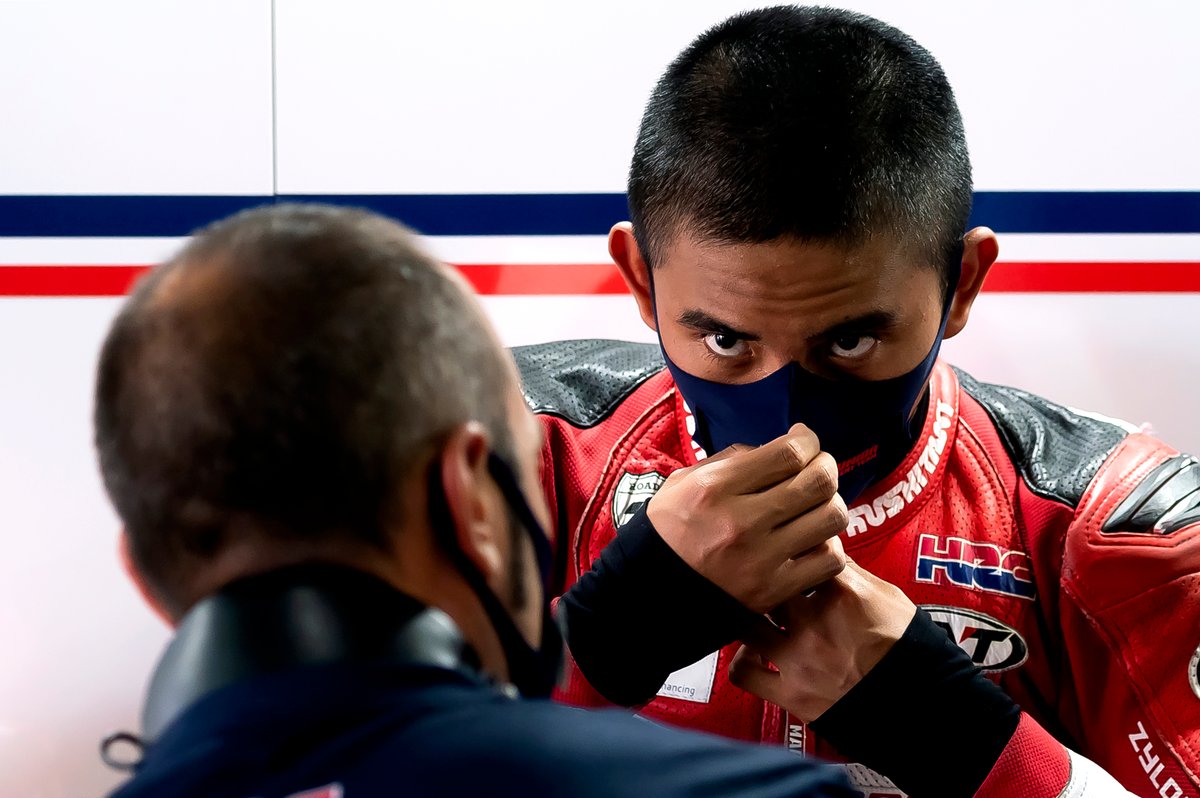 How do you spend your time when you aren’t racing or training?

"Laying down on the sofa and maybe watching some movies… I don’t have much energy left for other things!"

There has never been an Indonesian rider in MotoGP up to now. Does that create pressure to become the first one?

"That is one of my targets, to be there in MotoGP, maybe in around five years’ time. If I think too much [about being the first Indonesian], it’s a lot of pressure, but I race mainly for myself and for the team. Bike racing is huge in Indonesia and I have a lot of support from the fans. I really appreciate it and I think this can motivate me even more."

Next year there will be an Indonesian MotoGP race at Mandalika. How do you feel about that and have you had any chance to ride the track yet?

"It will be amazing for me and for the fans. I am sure a lot of fans will be coming to see MotoGP and it will be a huge event. At the moment I have no plans to ride the track before the race, but I wish I could. We will see!" 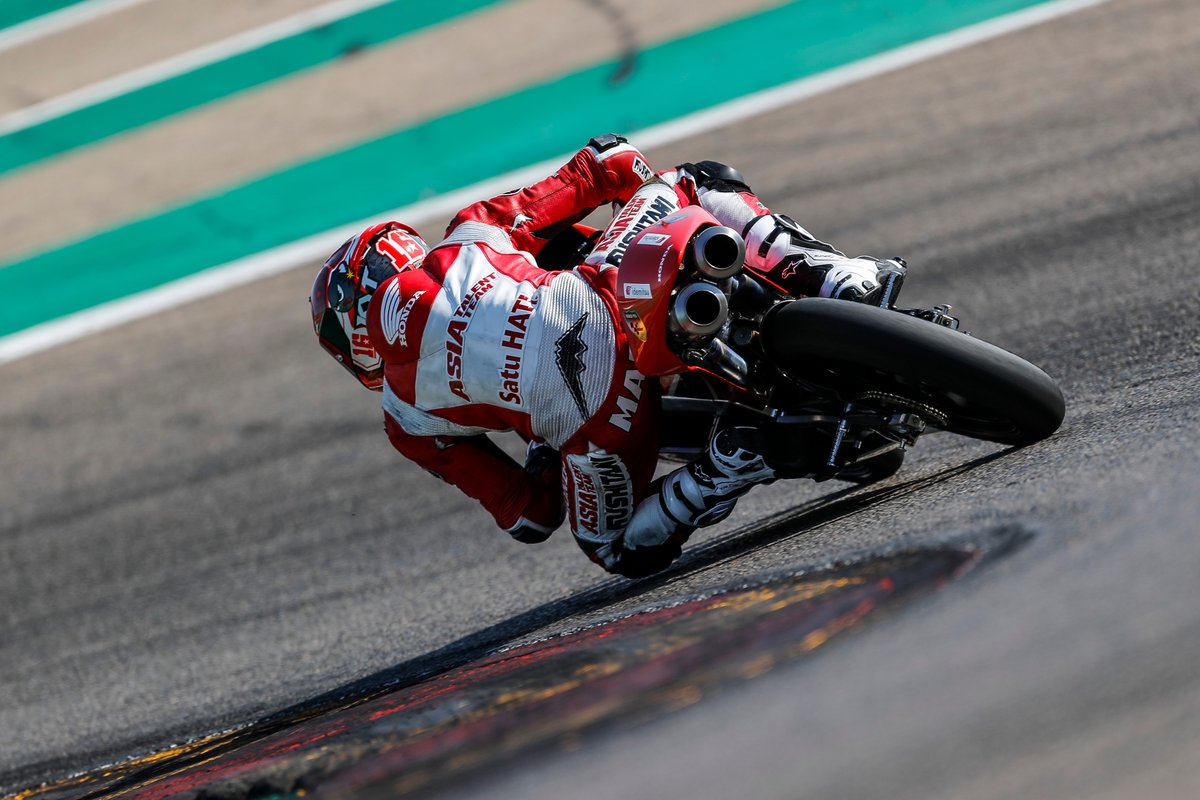 Marquez MotoGP recovery on track amid treatment for double vision