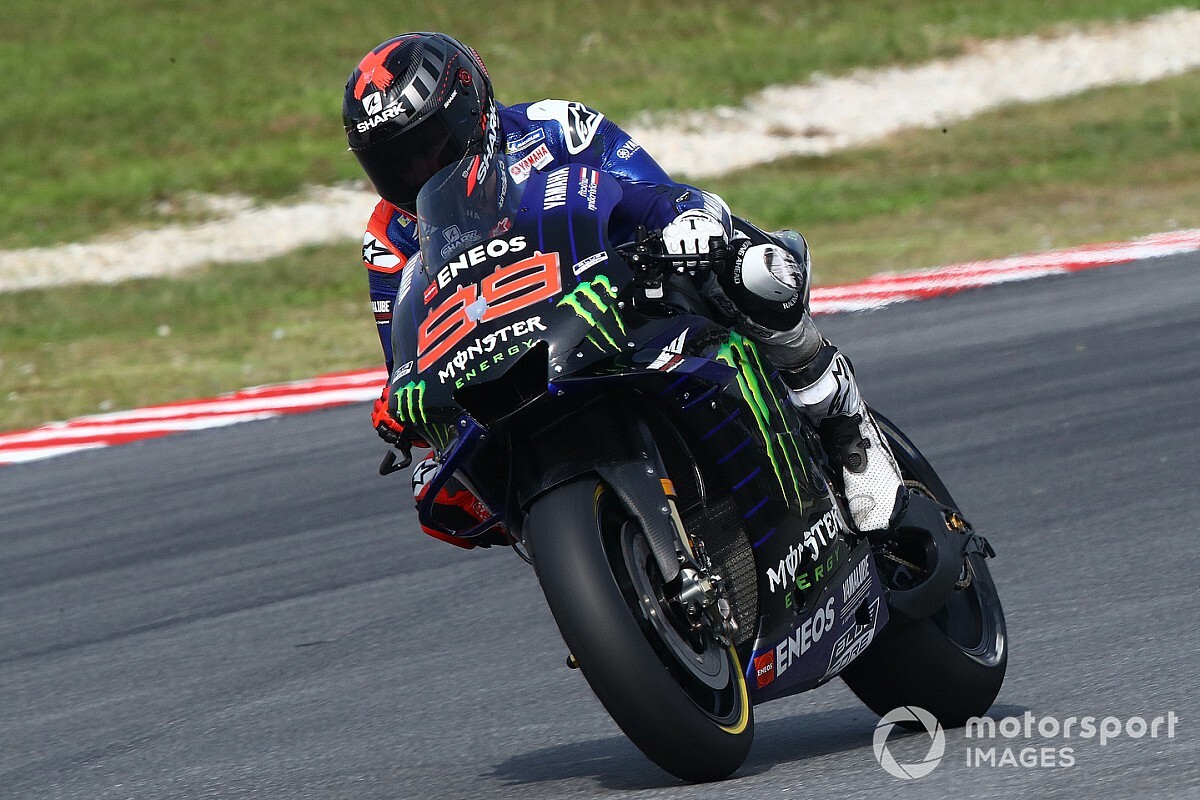 Three-time MotoGP world champion Jorge Lorenzo won’t get a wildcard return with Yamaha in 2020, as wildcard entries have been outlawed for this year.

Lorenzo was due to make his first grand prix appearance since announcing his retirement at the end of last year in the Catalan Grand Prix for Yamaha, originally scheduled for June, before the race was postponed due to the coronavirus pandemic.

The Yamaha test rider’s home race was the only race he had been entered into at that point, leaving the door open for future appearances later in the season.

However, with MotoGP promoter Dorna Sports attempting to get a shortened 2020 campaign underway in July at Jerez with a reduced amount of paddock personnel, wildcard entries have been banned for this season - as reported by Motorsport.com on Thursday.

A statement from the Grand Prix Commission – the rule-making committee made up of representatives from Dorna, the FIM, the teams’ association (IRTA) and the manufacturers’ association (MSMA) – read: “The likelihood of any events in 2020 needing to be held behind closed doors means that it is necessary to keep participant numbers to the absolute minimum. It is also important to allow optimum utilisation of pit box space by the contracted teams.

"The Commission have therefore decided that wild card entries, in all classes, will be suspended for the 2020 season. This decision was also in line with cost reduction policies for MotoGP Class manufacturers.

"There is every intention to restore wild card entries in 2021 but this decision will be reviewed prior to the 2021 season."

There is still a chance that Lorenzo could appear on the MotoGP grid in 2020, should any of Yamaha’s works or satellite team riders be forced to miss races through injury.

Dorna is currently awaiting response from the Spanish government on its proposal to host the opening two rounds of the MotoGP season at Jerez on July 19 and 26.

It is hoped the campaign can stretch across 12 races in Europe, with it potentially swelling to as much as 16 should overseas events be deemed possible.

Last week, Dorna CEO Carmelo Ezpeleta outlined MotoGP’s safety measures for its return, with an approximate paddock size of 1300 (though whether that covers marshals has yet to be revealed), as well as regular testing and quarantine periods for travellers coming from outside of Europe.