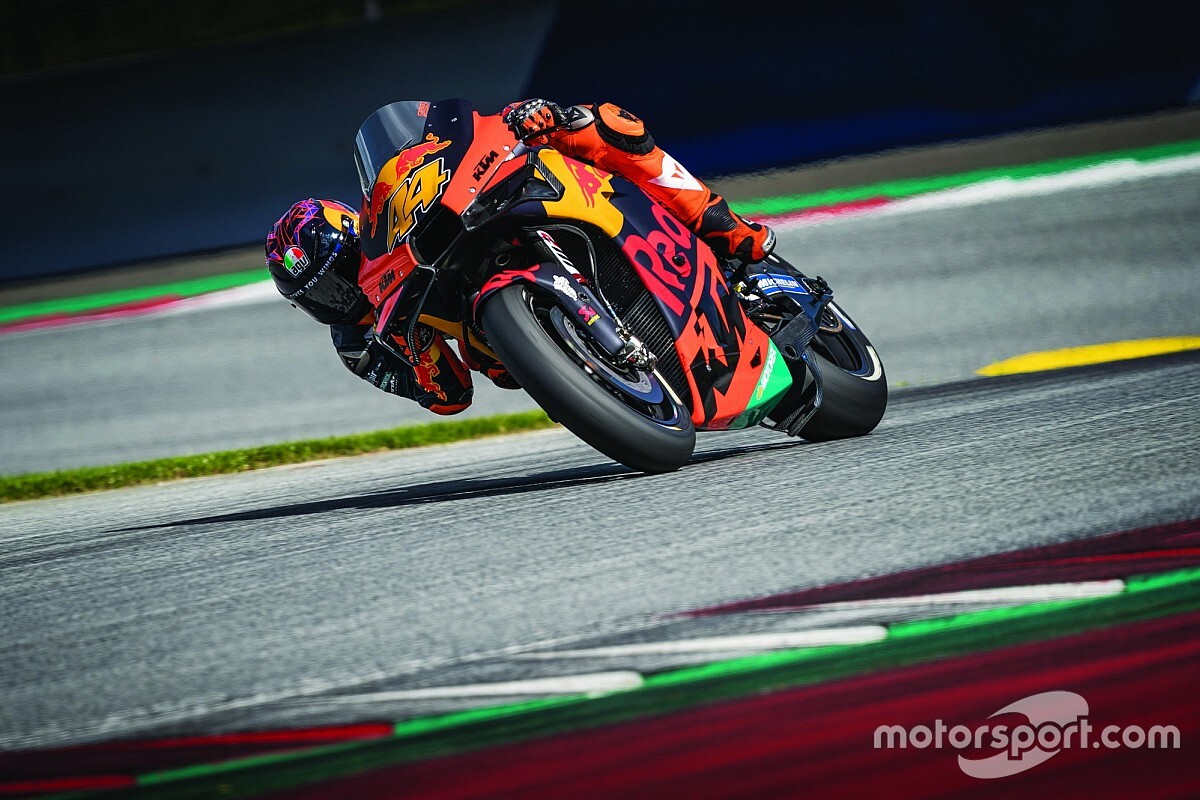 KTM insists that the MotoGP engine freeze introduced to control costs in the wake of the global coronavirus pandemic will not affect its progress.

The Austrian marque became the first to resume testing this week since the COVID-19 crisis placed the 2020 campaign on hold, as it undertook two days of running at the Red Bull Ring with Pol Espargaro and Dani Pedrosa on Wednesday and Thursday.

Amid the disruption, MotoGP teams agreed to freeze engine and aerodynamic development until 2021, although concession manufacturers KTM and Aprilia were granted an exemption to be able to work on their engines for longer before the season is planned to begin in July.

In three seasons of riding for KTM, Espargaro has risen from 17th in the points standings in 2017 to 14th in 2018 - scoring the squad's first podium at Valencia - and then to 11th last year.

While the halting of engine development might be expected to delay KTM's progress, the outfit's sporting director Pit Beirer says he doesn't expect the rule to change its situation.

"I don't think the engine freeze will affect our progress," Beirer told Motorsport.com. "We had been preparing very well with a view to Qatar and I think we will be able to compete at the level we would have reached in Doha, which was satisfactory.

"We are getting closer to the fastest. At this point we can't cut as much time or as fast as we did at the beginning, when we were far away from them. The others, like us, are also working hard. If development is frozen, it's frozen for them too."

The German underlined his support for the measures that MotoGP has taken to try and protect the championship from the economic fallout of the COVID-19 crisis, which also included a financial aid package aimed at the independent teams.

"I think it's very good that for the moment we've decided to leave our weapons on the table and try to save MotoGP together," Beirer said.

"It's time to think about everyone's business instead of focusing on oneself. We are all rivals, but we all feed off the same thing."