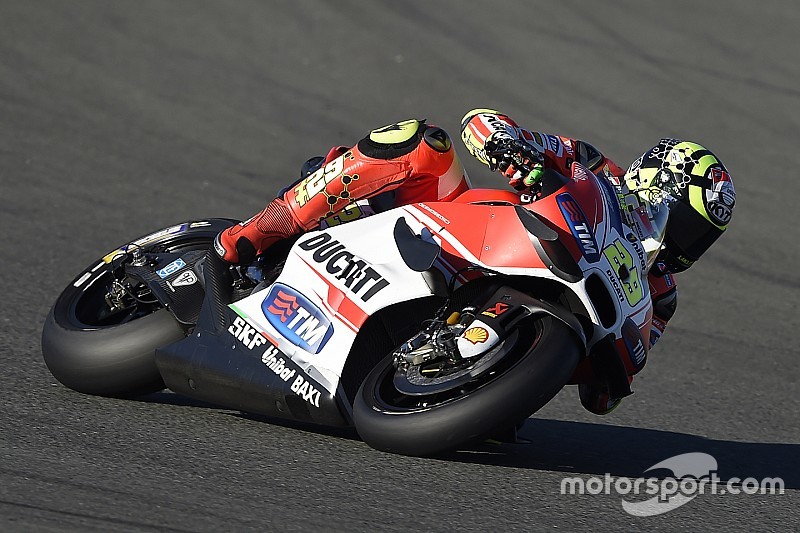 Michelin’s rubber has come in for criticism from certain quarters, with riders reporting a lack of front-end grip compared to the outgoing Bridgestone tyres during the Valencia test last month.

But Iannone reckons that the new rubber suits his style, saying that he gelled with the Michelins immediately at Valencia – where he was second quickest on the first day.

“The bike is improving step-by-step and also the feeling with the tyre,” Iannone told media on the final day of private testing at Jerez.

“I think I have a little bit more grip in the rear here [than at Valencia], but it’s a different track and different asphalt, and it’s impossible to have the same feeling at every track.

“For sure the riding style is completely different to Bridgestone, but this is normal, and I have been focussed on improving my style with this tyre.”

Iannone also praised Michelin for its efforts so far, the French company having been away from the MotoGP paddock since Bridgestone took over as the championship’s sole tyre supplier in 2009.

“I think that Michelin have done really good work,” said the Italian, “because it’s their first time back after many years out.

“The Bridgestone level was really high, and the lap times [with Michelins] already are not so bad.”

Iannone, who was riding this year’s Ducati at Jerez, added he will get his first chance to sample the Ducati GP16 at the next official pre-season test at Sepang in February.

Honda and Yamaha have already done extensive testing with their respective 2016 machines, while Suzuki and Aprilia have yet to debut their new bikes.

MotoGP too expensive for us, says Kawasaki