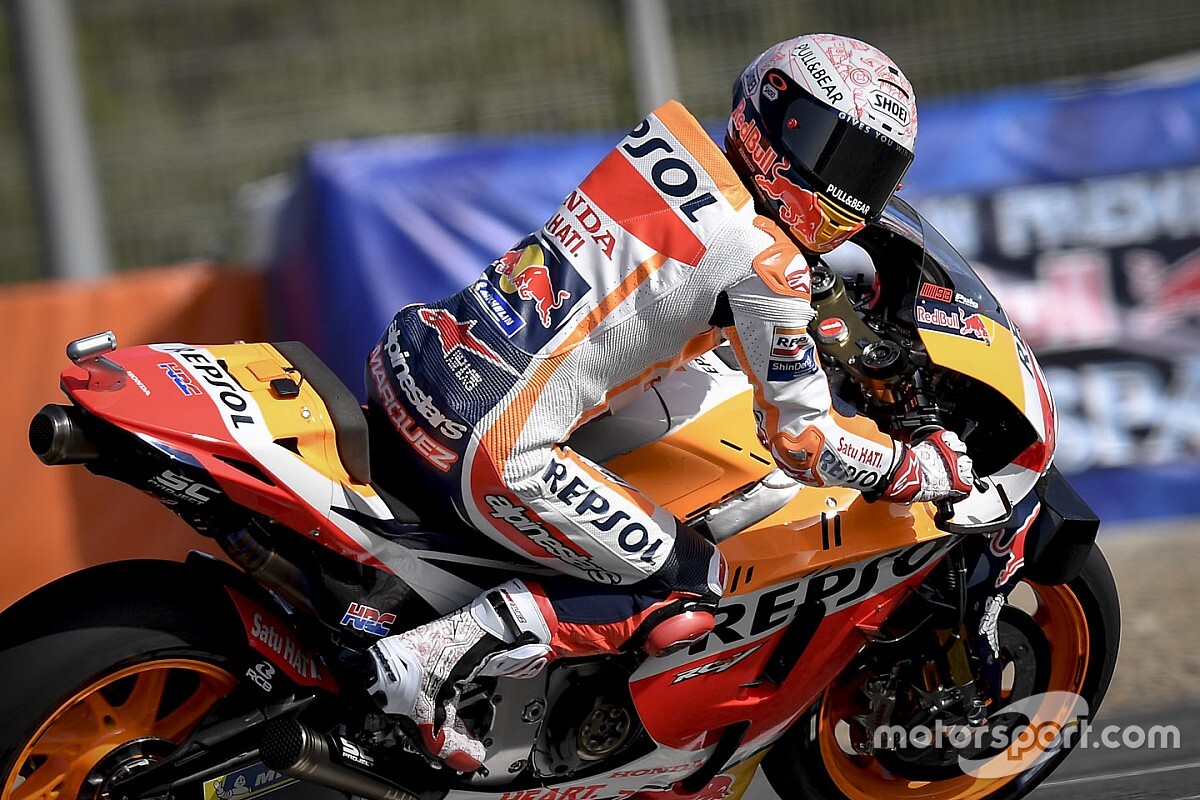 Honda will not replace the injured Marc Marquez in this weekend's MotoGP Andalusian Grand Prix, as the reigning champion is forced to sit out the second race at Jerez.

Marquez suffered a vicious highside crash at Turn 3 on lap 22 of Sunday's Spanish Grand Prix and broken his right arm as a result.

The Honda rider will travel to Barcelona on Monday to have an operation on Tuesday, and will miss this weekend's second round of the delayed 2020 campaign at Jerez.

Marquez hopes to be able to return for the Czech Grand Prix at the start of August, though Marquez's doctor, Xavier Mir, admits his recovery could be delayed by a further three to four weeks if it turns out his radial nerve is damaged.

Speaking to Radio Catalunya, Mir said: "Marc won't be at Jerez [this weekend] and the goal is for him to be able to run again at Brno.

"It is an injury of some importance. If the nerve is not affected, we will be able to stabilise the fracture and reduce the deadlines [for recovery]."

Motorsport.com has learned that Honda won't replace Marquez at the factory team this weekend, leaving rookie and Marc's brother Alex as the sole Repsol Honda representative.

This will also be the first time since Marc Marquez joined the premier class that he will be forced to miss a race through injury.

It is unclear yet is LCR Honda will field a replacement for Cal Crutchlow, who is due to have surgery on a broken wrist on Tuesday after a crash in Sunday's warm-up.

The three-time MotoGP race winner will be examined prior to the weekend to assess whether or not he can race.

The same will be true of Suzuki's Alex Rins, who will undergo checks on Thursday at Jerez after fracturing and dislocating his left shoulder in a crash in qualifying.