Alex Marquez had to stop Marc giving him MotoGP advice

Alex Marquez admits there was a stage in his rookie MotoGP season where he had to stop his world champion brother Marc giving him advice as it became too much. 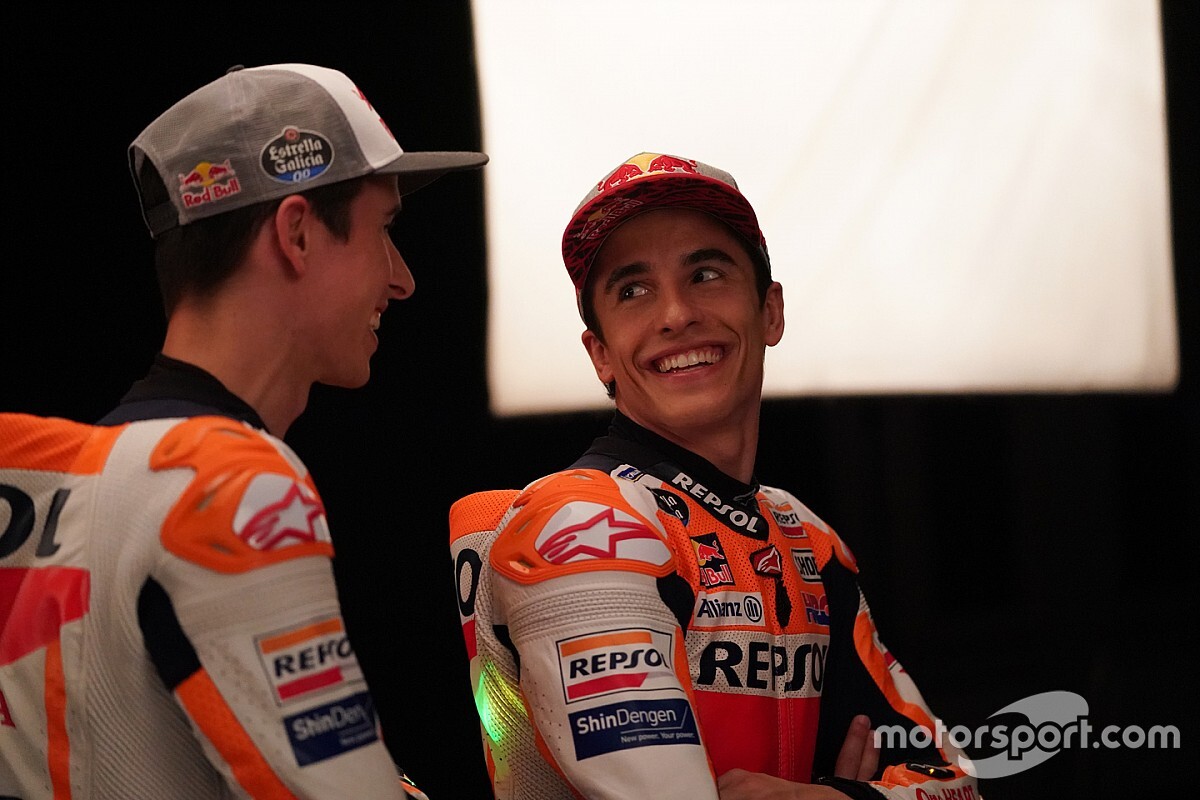 The 2019 Moto2 world champion stepped up to the factory Honda squad in 2020 and was meant to partner his six-time title-winning brother Marc Marquez before he was ruled out of the campaign through injury after the Spanish Grand Prix.

Alex Marquez would score Honda’s only podiums of the season with a brace of second-place finishes in France and Aragon.

The younger Marquez brother had to field constant questions from the media about his brother and the advice he was giving him after each race, which Alex admitted to Motorsport.com became “a little bit” frustrating as the season wore on.

Marc Marquez gave his brother “a thousand” of bits of advice, but after a certain point last year Alex Marquez had to ask him to stop as he already had too much to process.

“Well, at one point a little bit, because it always was difficult for me to say something,” Marquez, who joins LCR in 2021, told Motorsport.com when asked if constant questions about his brother began to grate.

“For sure, he said to me a lot of things to improve, to learn. But in the end, I’m on track, I’m alone on track.

“So, you can have the best brother in the world on your side and he can teach you a lot of things, but then you are alone on track and you need to learn from all sides and to remember all the thousand things he said to me.

“It’s not easy and one point arrived in the season where I said to him ‘leave me alone, please, don’t say more things to me because already I need to process the things you said to me before’.

“But if you remember in Aragon press conference, I said to stop speaking about my brother because at that point I was a little bit on the limit in my head.

“But it’s something natural and something that I live from when started in the world championship.

“Every interview I have some questions about Marc.”

Honda’s decision to drop Alex Marquez from its factory squad for 2021 was made before he could show his podium form, but he will remain a works-supported HRC rider for the next two years with LCR.

Marquez unsure when he will make MotoGP return