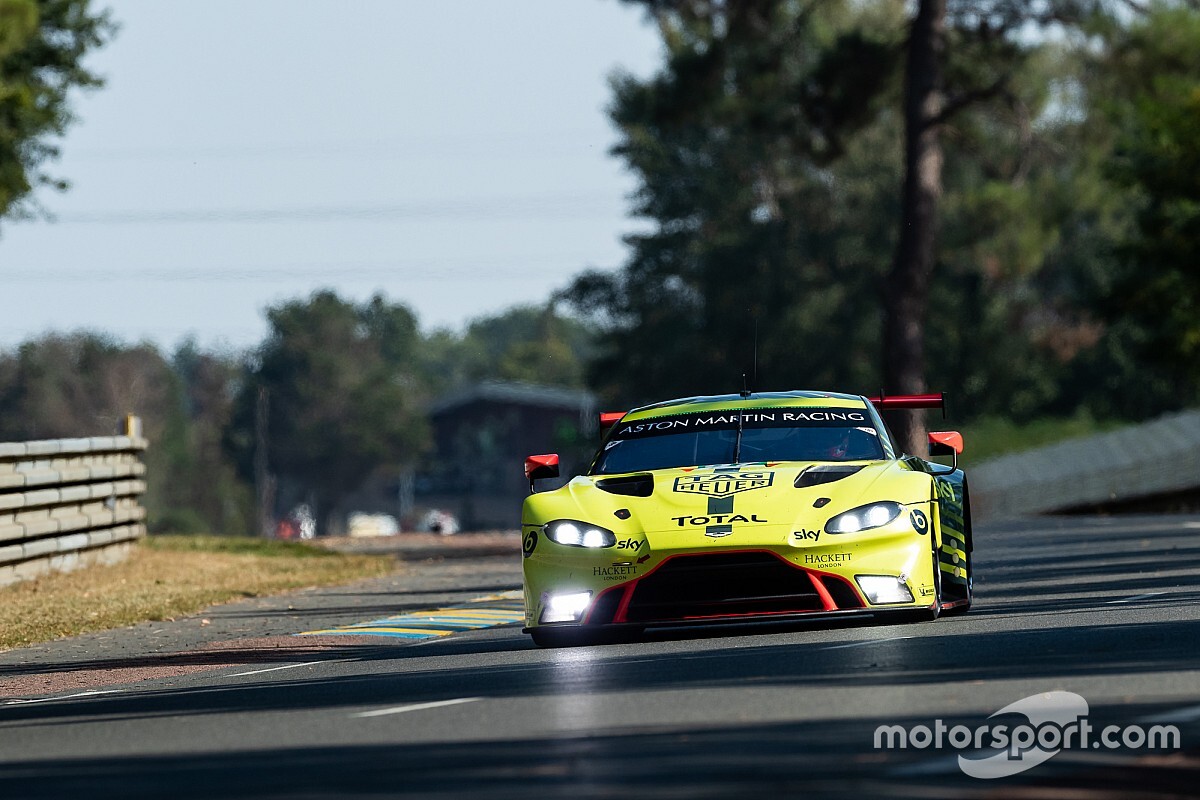 Makowiecki’s teammate in the #91 Porsche 911 RSR-19 Gianmaria Bruni took pole position in the GTE Pro class with a time 0.002s slower than Marco Sorensen had managed in the #95 Aston Martin Vantage the previous day, making it the only class in which the fastest time of the weekend to date was not set during the Hyperpole session.

James Calado was second quickest in the #71 Ferrari after his first effort was also deleted for track limits at the Porsche Curves, while Sorensen and teammate Alex Lynn claimed third and fourth with times slower than they managed in qualifying practice.

When asked by Motorsport.com if he thought its rivals had shown their true pace in qualifying, Makowiecki said: “Our performance has been getting quicker and quicker.

“When you see Aston, they are three to four tenths off compared to the quali time, it doesn’t make sense when the track is cooler and you have more power, more downforce and also the track condition improved a little bit. This surprised me a little bit.”

He added: “From our side, we arrive with not so much experience, it’s a new car, we know where we are stronger or where we need to improve.

“But in the end they are with the same car, with everything the same, they are very significantly slower than last year.”

Aston Martin Racing head of performance Gustavo Beteli told Motorsport.com that the team  "made the wrong tyre choice for the conditions”.

Calado set the best Ferrari lap of the weekend in Hyperpole and told Motorsport.com that he had “pretty much maximised what the car has got to offer”.

“In quali we gave everything that we have and that was the maximum we could do today,” he said. “We don’t know what the others are doing but this is where we are.”

Fellow Ferrari driver Sam Bird, who qualified fifth, said the lack of a test day had meant the track was still “quite dirty and dusty in comparison to previous years”, which contributed to the slower times than in 2019.

“I think last year I did a low ’49 in qualifying so I was thinking ‘we’re going to be matching that kind of pace again’ but the track is just nowhere near what it was,” Bird told Motorsport.com.

“It’s been a bit tricky to extract the maximum out of the car, we weren’t really sure where to go with the set-up due to the different kind of conditions that we’ve been hit with, but we seem to have found a decent pace.”