Felix Rosenqvist says that he wishes he could warn his rookie self from 2019 about how tough the transition to IndyCar would be.

Rosenqvist won the NTT IndyCar Series Rookie of the Year title in 2019 with sixth place in the championship driving for Chip Ganassi Racing, but last year slipped to 11th, despite scoring his first win in the series.

Asked about the prospects for 2021 rookies Jimmie Johnson, Scott McLaughlin and Romain Grosjean – arriving from NASCAR, Supercars and Formula 1 respectively – Rosenqvist said they were going to find the move difficult.

“I wish I could talk to myself now back in '19,” said the 29-year-old who arrived in IndyCar with a sparkling résumé that featured championships and multiple race wins in lower formulas. “It's a tough series. I haven't done anything else that is as difficult. I know many other people that came from F1 says the same thing.

“You look at it from the outside, you think it's going to be like a simpler form of racing. But the simplicity is actually what makes it hard. There's not so much to do on the cars. The tracks are pretty rough and brutal physically and on the cars. Driving style-wise, it's pretty raw.

“Coming in from F1, for Romain, or Jimmie in NASCAR, I think it's going to be very different and very tough. But I believe all of them, they're winners. They will figure it out eventually… Romain has looked really quick in testing, as well.

“But I mean, that's only part of it. Then comes the whole racing part of it, which is super-different with yellows. We don't have blue flags. You have to take into consideration all the lapped traffic. That's a big thing that I had to learn when I came here in '19.

“In general I think it's a great championship. It's good fun. Proper racing… The changes from track to track, how you set up the car, how you need to really dial in the car every session, just how aggressive you need to be in the races because otherwise you're going to lose a spot immediately.

“And ovals, we haven't even talked about that! Yeah, that's probably the most tricky thing of all…” 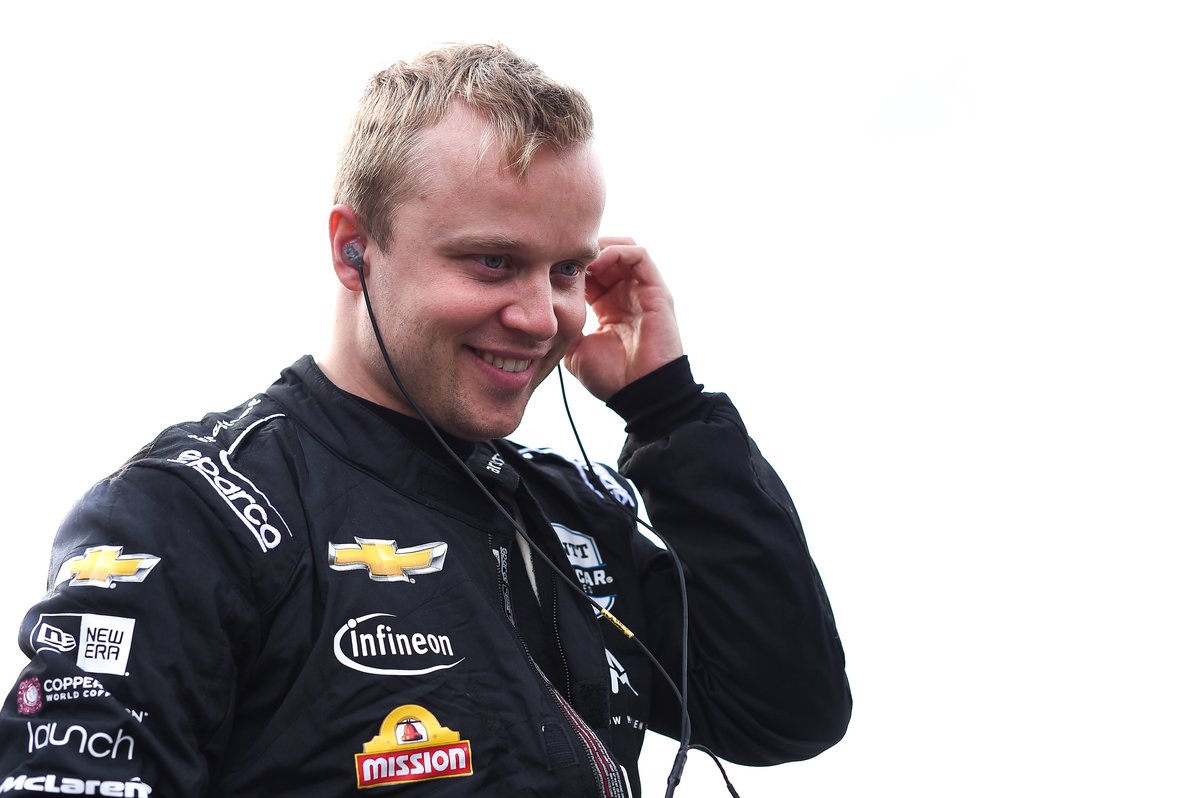 Rosenqvist said there is more speed to come from him in the #7 Arrow McLaren SP having not yet fully dialed into the different setups used by his new team compared with Ganassi.

“It's certainly been a difference – there’s always different philosophies in different teams,” he said. “Already in Barber, I got a taste of that.

“I think it's probably not in the place where I want it to be yet. I think Laguna [Seca] it felt pretty good, and it's definitely getting nearer where I want the car to be.

“It's a spec series [but] you'd be surprised how different the car can feel if you put different kind of setup philosophies into it. It's the same chassis, almost the same engines between Chevrolet and Honda, but the dampers I think is a pretty big place where you can make a difference on the car, on how it handles. That's probably the biggest difference you're going to see between teams.

Yeah, our car is certainly really fast. I think [O’Ward] has been fastest like every test we've done – or second in Barber. I haven't really been there yet. I think I'm still kind of looking to break into the last couple of 10ths.

“We know the car is fast, and that's the main thing.”

Why Arrow McLaren SP was so appealing

Rosenqvist was also open regarding why he chose to take up Arrow McLaren SP’s offer, believing the team is going to benefit from McLaren’s involvement without becoming too big and cumbersome.

“There’s a lot of new things happening at the team, which is really exciting,” he explained, “but I think the team is also clever enough to not let it become a Formula 1 team. You can always copy things from F1, but it would never work in IndyCar because it's such a different platform. There's many people that tried it before: they hired Formula 1 engineers, think that they're going to blow everyone away, and it just never works.

“I think that's why it's really good to have the knowledge from people that have been at the team for a long time in IndyCar, like Taylor [Kiel, team president] leading the team. He's the one who can judge that whole balance between how much new stuff are we going to do and how much are we going to keep to the basics and the roots.

“What impressed me, though, is when it comes to the engineering side, there's very high efficiency in the team. Whatever data comes in, that data will then be directed down to millions of different things.

"There's a lot of time-saving, and that makes sense in the team. I think some of the partnerships with Arrow and McLaren have made the team efficient on the engineering side. That really impressed me when I came here. That was on a very high level.”

Regarding the relationship between what was previously called Arrow Schmidt Peterson Motorsport and McLaren, Rosenqvist commented, “I think last year it was just, ‘How are we going to do this?’ This year, things are falling a bit more into place… definitely following a plan.” 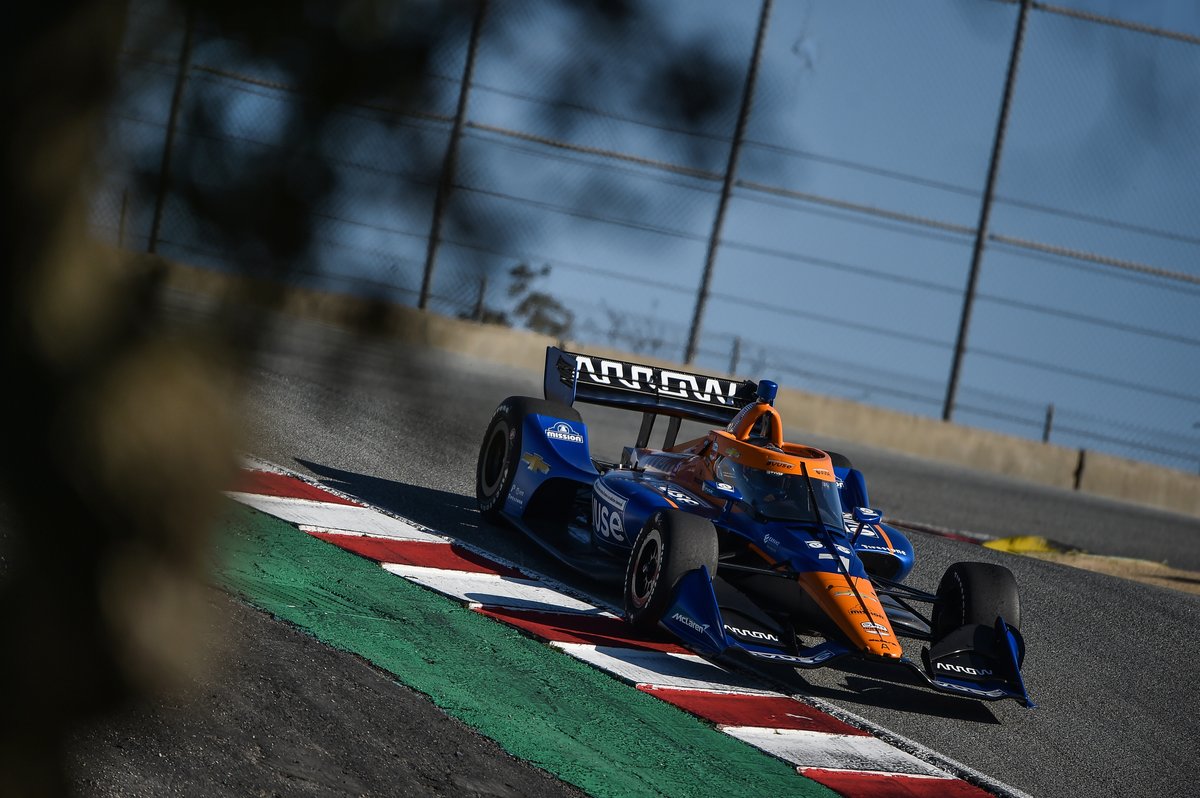