IndyCar standing starts “not a priority” for 2022 regs 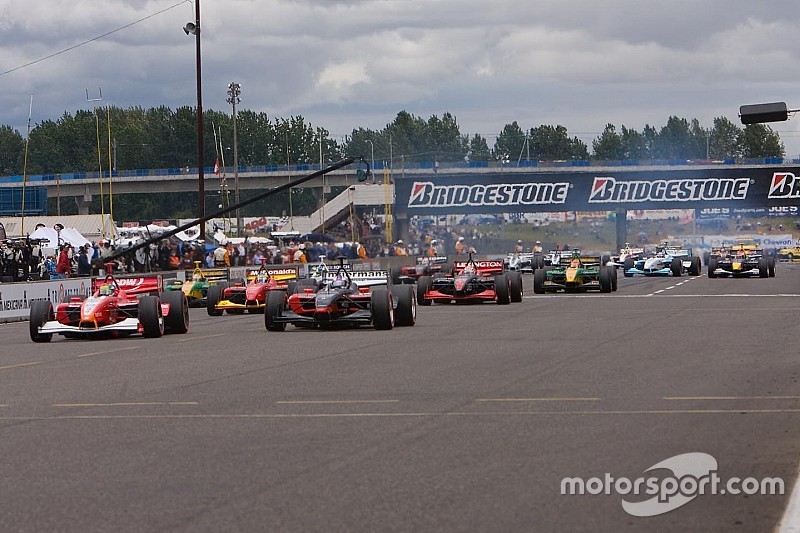 The NTT IndyCar Series’ next-gen engine regulations will not necessarily lead to the introduction of standing starts on road and street courses, according to president Jay Frye.

Last month IndyCar revealed that the next-gen engines would be delayed a year until 2022 and would incorporate hybrid units and self-starters, to help drivers extract themselves from runoff areas without the need to delay the race or send out IndyCar’s AMR Safety Team.

This led to some speculation that IndyCar might introduce standing starts for non-ovals, in order to lower Lap 1/Turn 1 speeds and perhaps therefore reduce the chances of a high-speed collision between multiple cars.

However, Frye said standing starts were not on the radar and that he liked the rolling starts as one of IndyCar’s unique selling points.

He told Motorsport.com: “Introducing standing starts definitely wasn’t the primary intention of introducing self-starters. As you know and we said at the time, it’s to reduce the yellow flags and to put our AMR Safety Team at risk less often. If a driver can restart his own car after a spin, providing it’s not too damaged, then he can get himself out of harm’s way and our safety crews don’t put themselves in harm’s way. That was what we were thinking about.

“Standing starts are something we’ll probably look at somewhere down the road, I’m sure, but they’re not a priority. To be honest, I like the rolling starts: they differentiate us from most other open-wheel series. But I admit I’m saying that personally as a fan.

“If a few of the teams and drivers came to us and asked us to look at standing starts then, sure, we’d look at it.

“Long Beach could be somewhere we thought about it, to get over that situation where the guys at the front are starting to pick up the throttle as the ones at the rear are still coming through the final hairpin. But, there could be other solutions to that issue.”

Frye added that last Sunday’s first-lap/first-turn pile-up at Portland International Raceway that mortally damaged five cars was not necessarily going to swing him in favor of standing starts there.

The Portland course in 2007 featured the Champ Car World Series performing Indy car racing’s first-ever standing start (pictured above), and there were no stalls, while the mild wheel-rubbing at Turn 1 resulted in no damage – just a couple of cars taking a low-speed foray through the runoff.

“We haven’t thought that far out,” Frye admitted, “but for sure we need to do better [with our starts] there and Long Beach.”