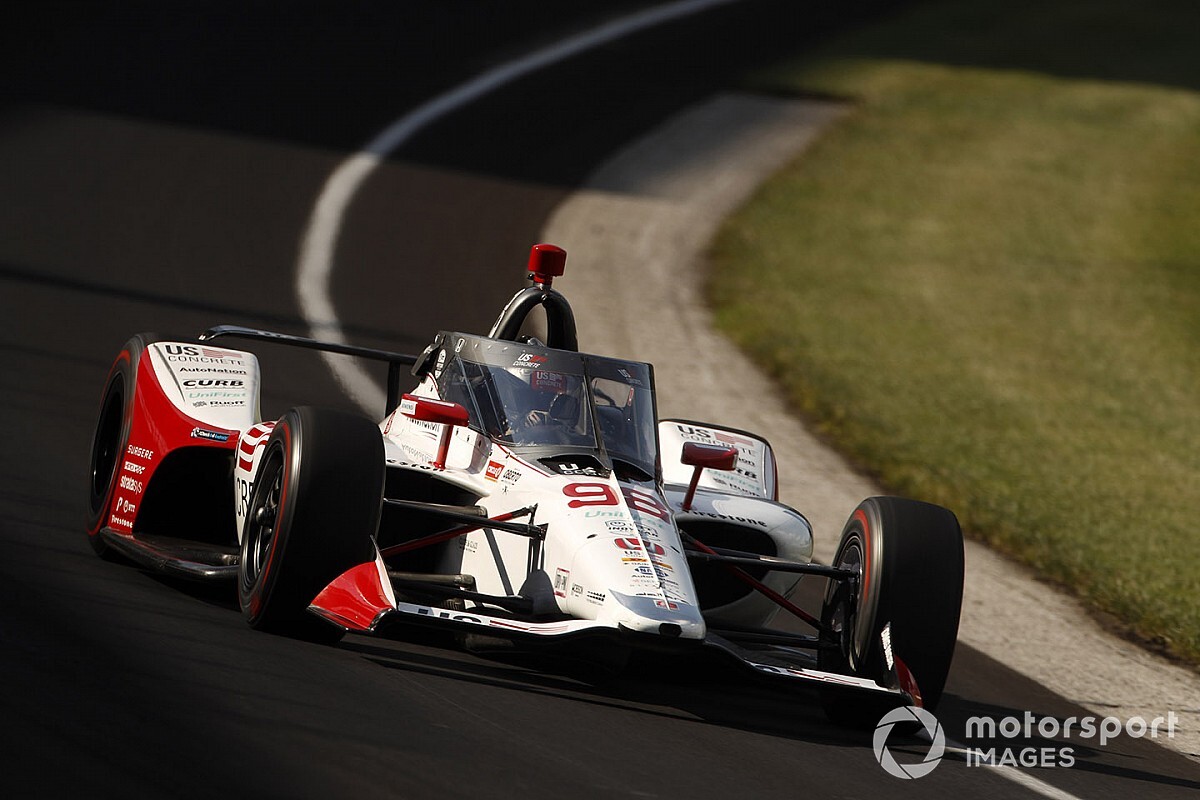 Marco Andretti’s startling morning speed was enough to keep him in top spot as drivers and engineers spent a tough and hot afternoon struggling to get a strong four-lap average.

While Takuma Sato has said the IMS track surface has been surprisingly kind to the Firestones over race stints, the track conditions today threw up the problems predicted by Simon Pagenaud’s race engineer Ben Bretzman when it came to qualifying simulations.

The drivers who were trimmed out could start off with a really strong first lap but the loss of tire grip caused by 1.5-bar boost sending cars into the turn 8-10mph faster than yesterday, and increased weight transference thanks to the aeroscreen’s position and mass, would cause up to 4mph to bleed away by the fourth lap of a run. Other drivers tried keeping more downforce on, and while this lowered their ultimate speed, they were rewarded by greater consistency across the four laps.

A late improvement by Chip Ganassi Racing’s Scott Dixon saw the 2008 Indy winner jump to third fastest overall and second on the no-tow speeds, just ahead of Andretti Autosport’s Ryan Hunter-Reay who was best of the no-tows, and Spencer Pigot of Citrone/Buhl Autosport with RLL.

Alex Palou made a late improvement to clock sixth for Dale Coyne Racing with Team Goh, while Will Power clocked the best Penske speed of the day but was still only 11th.

Fernando Alonso turned 52 laps, but was left down in 25th.

The drivers will then get a chance to take multiple runs until 4.50pm, but most observers are expecting to see the fastest times at the start of the session, as Indianapolis is forecast to reach a peak temperature of 88degF, and the gun signaling the end of the day’s action is 70 minutes earlier than usual.

The top nine qualifying times by day’s end will then move forward to a Fast Nine shootout on Sunday, preceded by a half-hour practice from 11.00-11.30am. The fight for pole – just one run each – will be held 1.15-2.15pm.

With boost then turned back down to raceday levels, the 33-car field will resume practicing at 3.30pm, with a 2hr30min session. This will be the final practice until a two-hour session on Carb Day (Friday, Aug. 21).