Scott Dixon, Marcus Ericsson and Alex Palou are currently second, third and fifth respectively in the 2022 NTT IndyCar championship, just 27 points apart, and even Palou is only 33 points off points leader Will Power of Team Penske-Chevrolet. With 150-plus points available over the final three rounds, Palou still has strong hopes of defending the IndyCar crown he earned with Ganassi-Honda in 2021.

However, CGR believes Palou breached the terms of his contract by signing with McLaren for 2023, at a time when team owner Chip Ganassi still had the right to pick up the option on his champion. Consequently, Ganassi is taking Palou to court over the matter.

Despite this, CGR’s managing director Mike Hull insists that the team will not favor Dixon and Ericsson over Palou as the trio each tries to earn Ganassi’s 15th IndyCar drivers’ championship since 1996. Asked if Palou’s #10 car will receive as much focus in the next three races as the #8 (Ericsson) and #9 Dixon, Hull told Motorsport.com, “Yes, absolutely, and that’s a very honest answer.

“We have a driver of enormous talent driving the #10 car and we have a terrific sponsor behind that car in NTT [also IndyCar’s series sponsor] and the American Legion has been a major part of that car off and on, also. We have a lot to gain from Alex Palou winning races, and we frankly don’t care about that part of it [as in, which car succeeds].

“Sorry to disappoint anybody who’s writing about this, such as yourself, or anybody who then reads this! Winning races is what we do, and we’re very happy that Alex is driving one of our cars. Yeah, there have been some things that would stymie a lot of people, but guess what this team does: we just race cars, and having the best drivers in your cars helps you win races, and having the best drivers working together helps you win more races, and more championships.

“It’s that simple for us. Whatever happens going forward regarding Alex and who he drives for, I have a great degree of respect for what he’s done for us. That won’t change.” 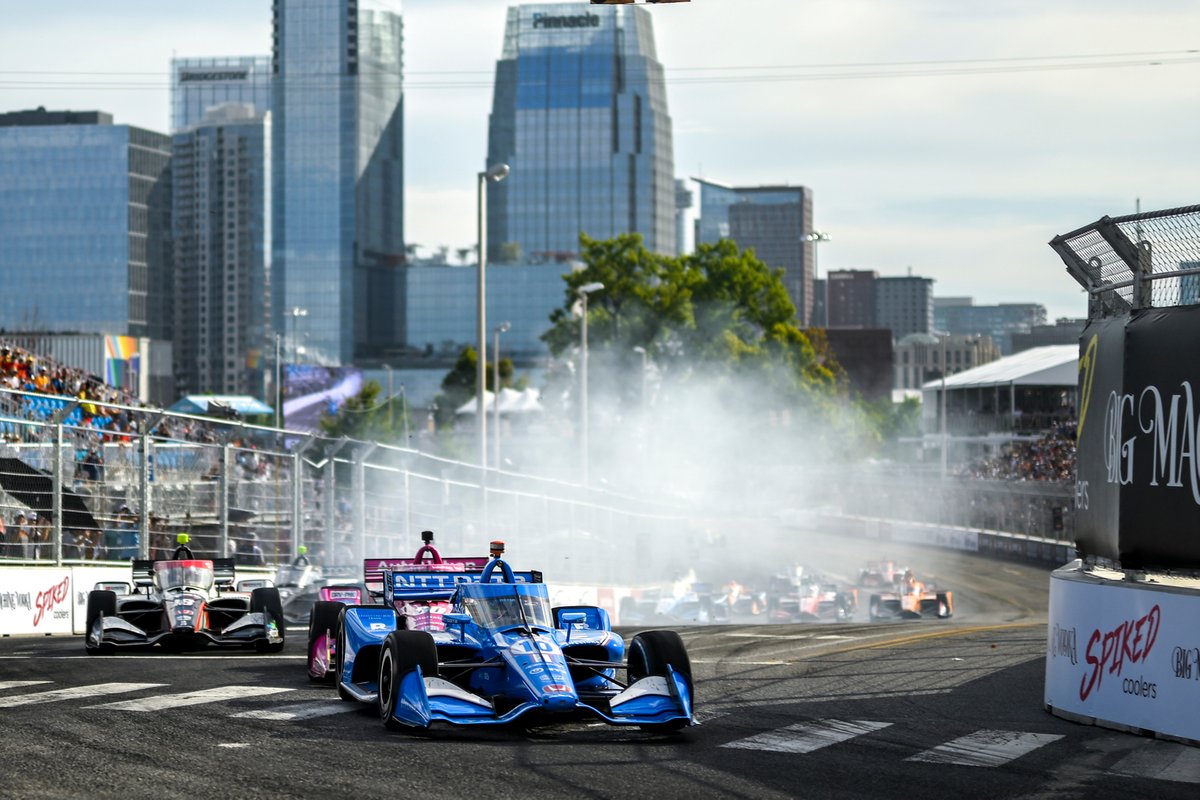 Hull confirmed, too, that for the good of themselves and the team as a whole, there has been no change in the debriefing room between Ganassi’s four drivers and their respective race engineers.

“The way we look at it is that you have to have free exchange of information in order to set direction for yourself in terms of setup. Let’s say that Scott and Alex have a conversation about how they drive Turn 1 at Nashville. They approach it totally differently but they read the racetrack the same way, and that helps them understand much better, with their engineers, what they need to do with their cars to get around the racetrack. It’s the same when we had just two drivers, three drivers and now four drivers.

“Scott, Alex, Marcus, Jimmie – they continue to work well together to help read how you create speed at the racetrack, and they don’t hold anything back. Their drive styles aren’t necessarily the same – one driver may have more comfort with the front axle, one may have comfort driving off the rear axle – but they end up at the same speed.

“I mean, you look back at when we had Dario [Franchitti] and Scott, they drove very, very differently but they went the same speed. And how they did it was that they helped each other improve and helped set up their cars and found a great degree of success.”