Larry Foyt, president of AJ Foyt Racing, says that team members are now “all pulling in the same direction” and that a new-found consistency in personnel should reap dividends.

While 2018 was a low for the team owned by seven-time Indy car champion and four-time Indy 500 winner AJ Foyt, with not a single top-five finish, there have been just three acquired in the intervening two seasons.

But the most recent of these came in the season finale thanks to then part-timer Sebastien Bourdais, who has been hired fulltime for 2021. Journeyman Dalton Kellett will be his permanent partner this year, while today it was announced that Kimball has will compete in a third Foyt car at the Indianapolis Grand Prix and the Indianapolis 500.

“We really feel like this group we have together now is all pulling in the same direction [and it’s] probably been a long time since we felt that way. There's a lot of positive vibes within the team… The results laid toward the end of the year last year made us all believe we're heading in the right direction. That's what I'm excited about – the consistency we have going in with the group and the drivers into 2021.”

Foyt went on: “We're carrying for us, as a smaller team, a pretty large engineering staff right now… We have pivoted from just being a normal, I think, old-school IndyCar team; we're really an engineering-led team now. That's been the goal over the last four or five years.

“We feel like it's all headed in the right direction… No doubt this IndyCar field is ridiculously strong, I mean, from top to bottom, it is incredibly strong. Fighting for top 10s, then getting in that top five has got to be what the goal is…

“We're really happy with the way the engineering group is working right now. I think it will be pretty seamless bringing Charlie and should flow really well…”

Regarding the engineering line-up, Foyt commented: “We added, as you know, Justin [Taylor] to our lineup this year. He'll be engineering the #14 [Bourdais] fulltime. Mike Pawlowski will still be running the #4 [for Kellett]. Mike Colliver is moving to more of a technical director role. I believe we will have another engineer who is used to the Foyt team, running Charlie's car as well, to keep Mike in that technical director role. If not, Mike will fill in and do that car. We're just kind of debating that now.”

That extra person is believed to be Will Phillips, who has not only served as race engineer and technical director at AJ Foyt Racing in the past, but was also IndyCar’s VP of technology.

For his part, Kimball says that although his new Tresiba-backed deal with Foyt is for two races only, he is still seeking more rides in 2021.

“I'm a racing driver, I love being in a racecar, whatever that looks like,” said the veteran of 155 IndyCar races. “Even though [2020] was a full season, I felt like I missed some of those events that are really special to me: Long Beach Grand Prix comes to mind, Grand Prix up in Toronto as well. If I can put an opportunity together that allows me to be in the cockpit in the IndyCar Series for those events, I will. I'm continuing to work towards that goal.

Kimball, who has scored third and a fifth in the Indy 500, agreed that he has driven even better races at the Speedway without such eye-catching results.

“I think back to a couple of years – 2018, 2019 with a new team [Carlin] qualifying for the race, then running well inside the top 10, top 15,” he recalled. “Then looking back [to 2017] when we were running right up front, in the top three coming up to the last pit stop, and I had a mechanical failure. Those are the results that no one ever sees because you don't see them on the final scorecard.

“The work you put in all week long, qualifying weekend, Carb Day, race going to plan, then sometimes the racetrack doesn't give you that little bit of Lady Luck you need to get across the finish line and confirm that result.

“Those three years really stand out to me. The results are nice, but a lot of times the result doesn't show the quality of work that you've put in over the whole month of May.” 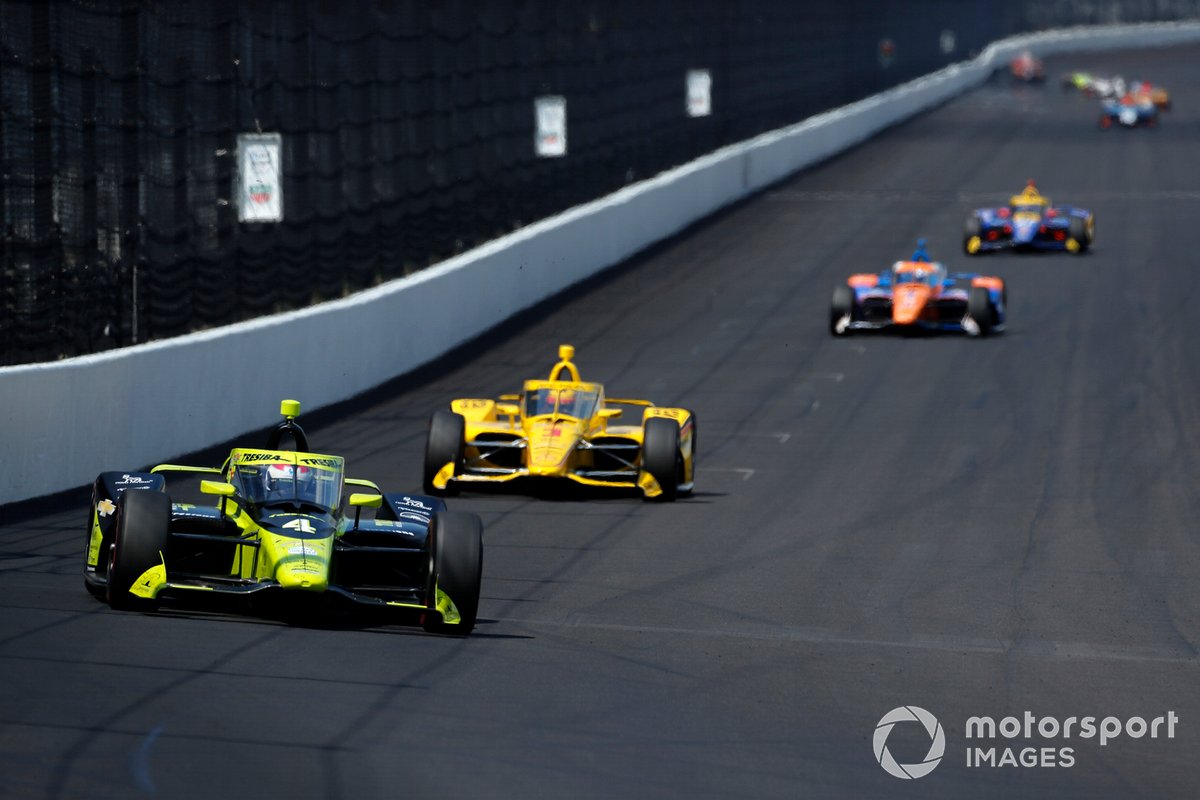