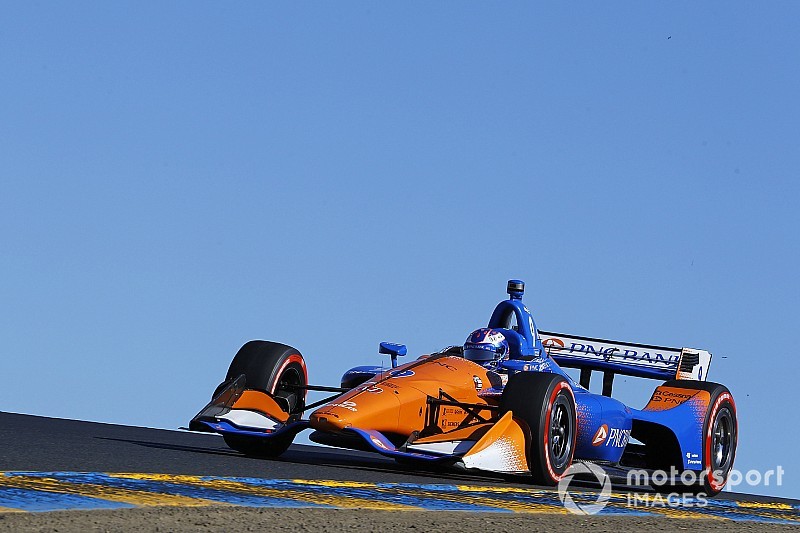 Dixon lost out to Andretti's Ryan Hunter-Reay for pole position by just one tenth of a second, meaning Dixon's lead remains at 29 points over Alexander Rossi as he missed out on an extra point for pole.

"Huge driver error there. Just needed to get through a right and left [turn] and it would have been looking pretty decent," Dixon said.

"We put it in a ’banker’ there early on. It looked like that was going to be good enough.

"Then I was on a [1m17m] four or a five [tenths], then locked up going into [the sweeping Turn] 9, I went through the dirt. It was frustrating, I think we had the pole there, but that doesn’t really count for tomorrow."

Dixon and his Ganassi team have struggled in qualifying on road courses in 2018, but the four-time champion says a set-up overhaul played a key part in his turnaround.

"We're running something totally different than what we typically do," he said. "We had a real think about whether we come and start where we did last year [with the manufacturer aerokit-fitted car], where we thought we would be happy, then shift over.

"We just started with it. Seemed to drive quite nice to start with. Stuck with it. Did some minor adjustments to it.

"For a lot of us, it's been trying to keep up with the wind direction, track temperature. The conditions change here quickly and abruptly.

"We've really sucked in road course qualifying this year. So it was nice to actually make it to the Fast Six. I think it's only my second time this year.

"Street courses where we haven't typically been good, we've been good throughout the season."

O'Ward showed front-running pace in IndyCar practice on Friday before the Indy Lights champion comfortably made the Fast Six in his first top-tier qualifying session.

"I honestly don't know what to think about it," said O'Ward. "When I saw that I moved into the Fast Six, I thought [Josef] Newgarden, Dixon, Hunter-Reay, [Marco] Andretti, Rossi, such big names, you've been looking at them for years since I was a kid.

Asked how he expects his race to be on Sunday, he said: "Probably overwhelming.

"There's a lot of veterans, a lot of people that have been in situations where I haven't been in. I think in that I'm going to have to play a little catch-up in the course of 85 laps." 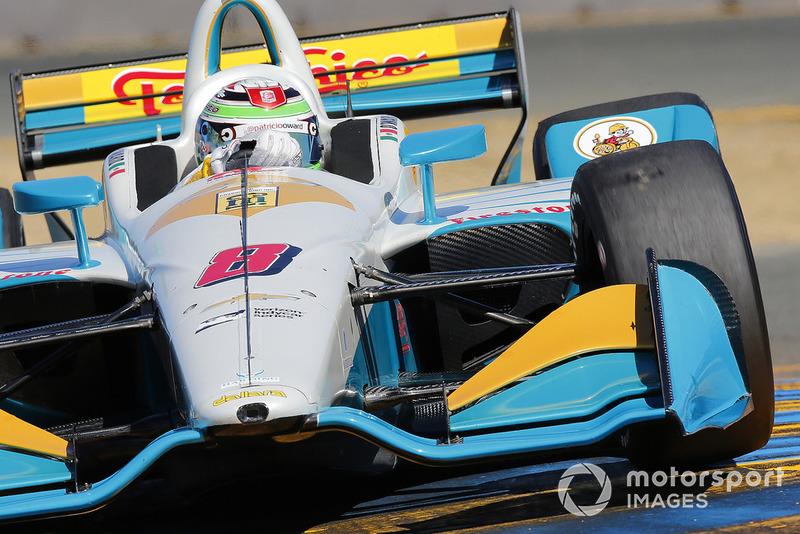