Five-time IndyCar champion Scott Dixon, who leads the 2020 championship with three rounds to go, says that each one becomes more significant.

By contrast, this season the Chip Ganassi Racing driver has had a stranglehold on the title race after winning the first three races of the season. Since then he has added a further win, two runner-up finishes and two fifth places, leaving him 72 points clear of defending champion Josef Newgarden in the points race.

In IndyCar history, only one driver, A.J. Foyt, has won more championships than Dixon, and this year the 40-year-old reached the 50-win milestone. Foyt has 67 and Mario Andretti has 52.

Ahead of IndyCar’s double-header Harvest Grand Prix at the Indianapolis road course – at which he could clinch a sixth title – Dixon was asked how he would rate this year’s championship should he win it.

“I think it would probably be the strangest,” he said, “just from how the season's gone, the schedule change, the ups and downs. Honestly, I'm so thankful that the NTT IndyCar Series and everybody involved were able to get the ball rolling. A huge thanks to NASCAR for paving the way, letting us kind of use their handbook a little bit with the COVID situation, get back to it.

“All of the [championship-winning years] are very unique. They're all very different, at least from my memory.

“But I think each one becomes that much more meaningful. This one for me would definitely mean the most.”

Despite the opportunity to grab the title early, Dixon said neither he nor the Ganassi team would adopt a different attitude to the Friday and Saturday races this week.

“The ultimate goal is to leave this weekend without having to worry about the championship,” he said, “[but] the reality is that it's still going to be very tough. We don't really change our approach each weekend. I think when you come down to the nitty-gritty of the championship, you are aware of the points and the outcomes a little bit more than you would be, say, at the start or middle part of the season.

“We'll focus on doing what we always try to do, and that's win the race. I think if we can win Race 1 or Race 2, that makes things a lot easier. If we can win the both of them, that seals the deal. We'll go in there with that mindset and see what we come out with.”

Unlike the 80-lap GMR Grand Prix of Indianapolis in early July, this Friday’s race will be 85 laps while the Saturday race will be 75. The latter event is very feasible on two stops provided a driver saves fuel from the start, and Dixon is renowned as one of the very best at that. The Friday race will demand three stops, unless there are several laps run under caution.

“I think things will change [from GP Indy], ” said Dixon. “We have two different race distances. Fuel mileage will favor one group slightly more than the other… A lot of the time these races become pretty much track position. If you can use the strategy, obviously I think Race 1 is going to be interesting, some people tried to split that earlier race of 80 laps into a two-stopper, a lot of others went for a three-stopper.” 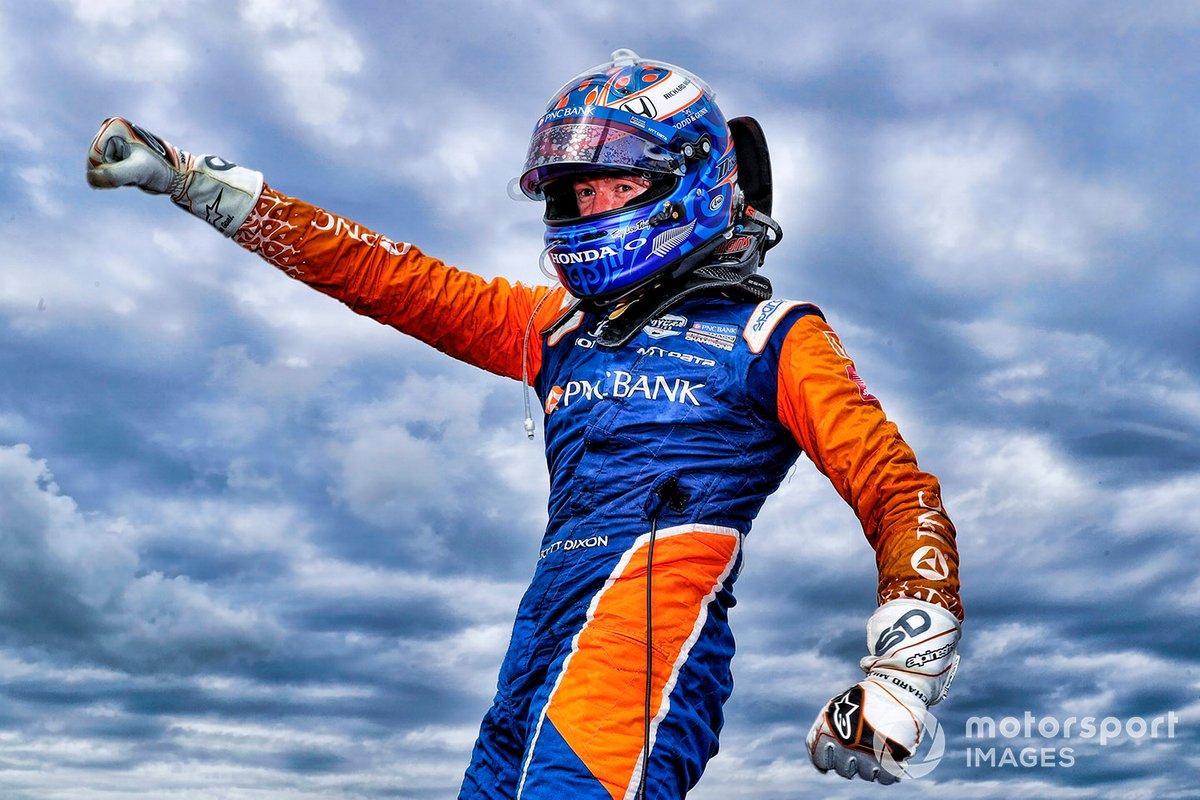